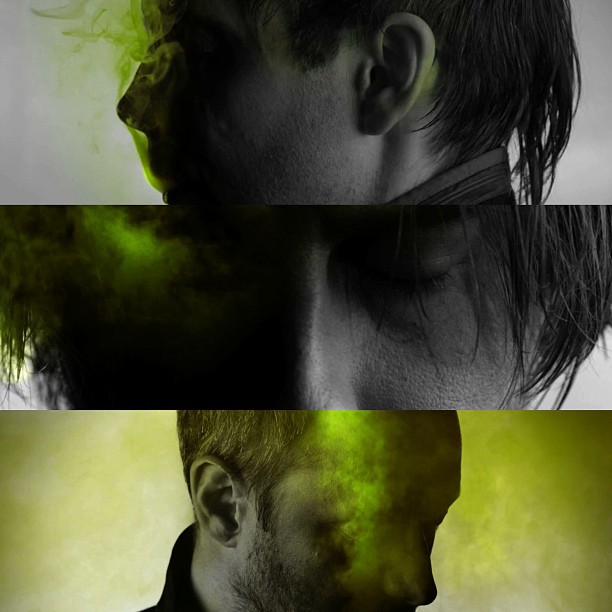 “When we performed downstairs at the Madison Square [Garden] Theater in 2006, Billy Joel was doing a 15-night run above us,” Sigur RÃ³s wrote in a message to fans earlier this month. “That seemed like the right order of things. And yet, here we are, two weeks out from what we can only described as the big one!”

‘The big one’ happened to be MSG itself (capacity for concerts: 20,000) on Monday night, which the band filled, sonically and physically, better than anyone we’d seen there in years. As promised, the power trio–now sans multi-instrumentalist Kjartan “Kjarri” Sveinsson for the first time since 1998–and a well-rehearsed cleanup crew presented “a bunch of new songs and all the stuff we currently love the most from our back pages, all set to the best and brightest production we’ve ever managed to cram in a small fleet of trucks.” Which meant a mix as savage as Sigur RÃ³s’ new single, “Brennisteinn,” a track that sounds like it was co-produced by Trent Reznor and remixed by Skrillex, only to be abruptly pitched down and saved from the tired post-dubstep tactics of token arena rockers like Muse…

Having seen Sigur RÃ³s play a couple times before–including that aforementioned MSG Theater show–we were blown away by several glaring consistencies at their biggest North American gig yet, beginning with the heavy-handed mood they deftly manipulated for nearly two hours. Unlike the pockets of light that flooded their last couple releases, this spring’s Kveikur LP appears to have pushed the group back towards the bleak but beautiful territory of their breakthrough albums. More importantly, they’re as harmonic and heavy as they’ve ever been, embodying the English translation of last year’s Valtari full-length (“Steamroller”) in better-late-than-never fashion.

It helped having Tim Hecker open, too, since it meant not having to deal with another band’s complicated sound check–one Canadian and a laptop cloaked by a massive curtain is about as simple as an arena setup gets–and it set the scene perfectly, upsetting the equilibrium of anyone expecting a normal set with the producer’s tectonic plate shifts and artful waves of ambient noise. Having one of William Basinski’s “Disintegration Loops” clear the crowd’s palette even further as Iceland’s alien heroes fine-tuned their instruments sealed the deal even further.

Since the only clear lyrics in a Sigur RÃ³s set are often incorrect interpretations (‘Hopelandic’ phrases lacking any connective tissue beyond the word “you”), we’re now going to share some of our free associative notes from yesterday–an exorcism that kicked in quite early, as the closing chords of “Ny BatterÃ­” coincided with sputtering strobe lights, straight-jacketed rhythms and our first whiff of second-hand pot smoke…

– lights scraping the sides in pale green and blue hues

– someone’s been listening to Purity Ring

– what a violent guitar lead, one that matches the curtain’s funhouse distortions perfectly

– cocoon curtain comes down near the end of “ny battery”

– “you sat along the fire/ you suffer, alone” (totally not the right lyrics)

– can actually hear the horns and strings cut through, three perfectly in sync percussionists including actual drummer

– well that breakdown was massive/goosebump-worthy

– drums like a death march as they pan over cold rocks

– fans head-banging in time as camera floats over volcanic terrain

– one of the few guitarists who can shred with a bow

– can actually feel chest-caving bass lines for once

– one part seriously feels like being pulled through a black hole

– drone on friend; drone on

– galloping bass, light at the end of this very long tunnel

– definite pull between light and dark