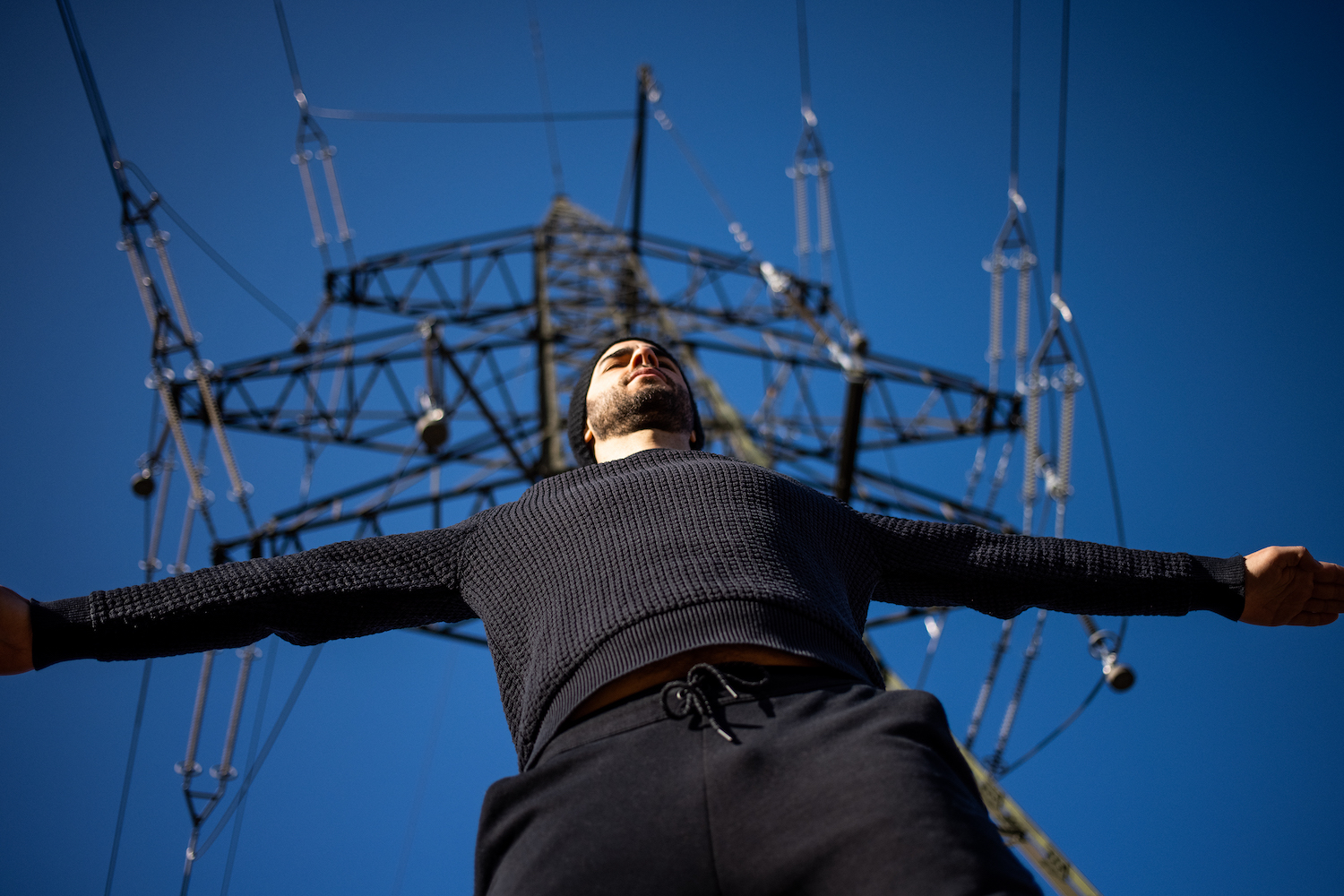 Considering how ambitious his last album was — the slumberland states of Circadian and its seven-and-a-half-hour (!) Delta Sleep Reworks compilation — it’s no surprise that Manu Delago built Environ Me (One Little Independent) on the back of bold field recordings. Namely the sounds of nature itself.

“For many years I’ve been living between urban London and the Tyrolean Alps,” explains Delago, “and with my new project I wanted to create awareness for our immediate surroundings…. With an emptied diary and being limited to more outdoor areas in order to record, we were given the opportunity to stop and consider the world around us. We had various adventurous recording sessions and video shoots: with four percussionists in a frozen lake, with 20 double bass players in a cutdown forest, paragliding with organ pipes and many more.”

In the following exclusive, the handpan player / composer takes us on a personalized tour of every track, starting with an inescapable sign of what happens when ‘progress’ gets in the way of a planet that’s becoming increasingly fragile by the day….

“INTERFERENCE”
The track is symbolic of human interference on the planet. As visual and sonic symbols I chose an electricity pole and the metal framework of a mountain draglift next to it because they appear in the middle of nowhere, where one would expect pure nature. This symbol could be anything else that humans created like square crop fields, glowing cities, never-ending motorways, or a cutdown rainforest.

“Interference” is also the opening track of my new album, and in a way, builds a transition from my last album Circadian. I even used some recordings at the start which were left over from those sessions. But then the track takes a more electronic direction, and especially at the end it’s a real outburst of energy with a drum solo and metallic sounds recorded on that metal framework.

“LIQUID HANDS”
When I decided to make an album incorporating the sound of our environment, it was pretty clear that I had to include the mighty element of water. I started by experimenting with various water percussion sounds recorded with an underwater microphone but I soon realised that the track needed a visual component as well, so I invited the choreographer Cornelia Voglmayr to work on “Liquid Hands” with me. Our aim was to create a musical interplay between nature and humans, in which the sound of water is featured but is also visibly compelling. We ended up with a musical choreography performed by four percussionists in a very cold lake.

I combined the water sounds with heavily distorted handpan sounds and a slightly aggressive low-end synth, giving “Liquid Hands” a drum ‘n’ bass feel. As a teenage drummer, I was heavily into those kinds of beats and finally I made a track on handpans that’s inspired by that electronic genre.

“TRANSFORMOTION”
It took a whole year to record this track since the rhythmic backbone is built around footsteps across four seasons. Every three months I returned to the same location and recorded myself walking on the same path. Not only did the surface change, but I also varied the pace accordingly. On autumn leaves and winter snow I walked slowly, creating a slightly sustained percussion sound, whereas the crispy gravel invited me to walk faster in spring and even run in the summer. Those footsteps melt with minimal handpan melodies, electronic beats, and driving synths produced by Matt Robertson.

“CURVEBALL”
For interesting sounds of our surroundings, nature provided lots of great options but I also wanted to include some urban aspects. On one of many socially distanced walks around London parks, I saw and heard two people playing the famous Velcro catch-ball game. I decided to not only use that sound as a beat but also make an advanced choreography for three percussionists (which turned out to be very difficult to perform). I paired that playful but steady Velcro beat with a very physical handpan pattern, mainly consisting of upward arpeggios which gives the track a driving feel, always moving forward.

“AUTOSHRED”
“Autoshred” is taking on the role of the industrial track on the album. I recorded the journey of a car being completely dismantled in a scrapyard and built a musical track around it. It’s inspired by artists like Arca or Sophie (who sadly passed away during the time I made the album). Having a loud industrial track on the album also gave me an opportunity for some shredding on a distorted drumkit.

“PATTERN PULSE POPCORN”
This might be my personal favourite on the album. I love popcorn, and I think I’m pretty good at making popcorn. The track gradually builds up the heat by adding percussion patterns and synth layers to create a strong pulse and then erupts in the inevitable popcorn rhythm.

“FAUNASAUNA”
“FaunaSauna” is the only track on the album for which I used stock video footage since I couldn’t be bothered to film or record animals. From watching documentaries I know that it can take ages to get good footage, and I didn’t want to force any animals to do anything special for my videos. I think they should do whatever they want. So I looked for the most musical animal videos on the internet, trying to use lesser known sounds, and then created a piece of music where I play acoustic handpans alongside an animal quintet featuring a toad, a forest grouse, a bittern, a coqui frog, and a woodpecker.

“TREES FOR THE WOOD”
Imagine a musical forest consisting of 20 double basses, each placed on a tree stump in a felled forest with their players behind them. The piece starts with a chainsaw-esque intro, sonically cutting down a tree. But then the track takes a very calm turn with a soothing handpan pattern accompanied by the double bass forest directly recorded in nature.

All musicians involved donated their fees for the project to plant forests instead. These young elm trees will store CO2 and protect against storms and erosions as they get bigger, while stabilizing surrounding coniferous forests that suffer from global heating.

“EMBERPLAY”
I actually recorded a version of “Emberplay” for my previous album, but didn’t use it since I felt that something was missing. That something was filled with the sounds of a burning campfire, on which I was literally playing with fire and recording those sounds. It’s got an ambient, but maybe slightly spooky, vibe to it.

“ACOUSTIC AVIATION”
This very quiet but melodic percussion track is accompanied by the sound of two organ pipes which I recorded during a paragliding flight. On Acoustic Aviation one can also discover some wind sounds from that aerial adventure.

“FOOTSTEPS” (FEAT. ISOBEL COPE)
Footsteps is the only song on the album with vocals. Isobel Cope and I found each other thanks to our mutual love for music and climbing mountains. Her voice represents the human element on Environ Me. We started writing this track inspired by an iconic mountain in the Alps that was first climbed by my distant relative Hermann Delago in 1895, but then we also included topics like ancestors and descendants and how all our decisions change events in the future. 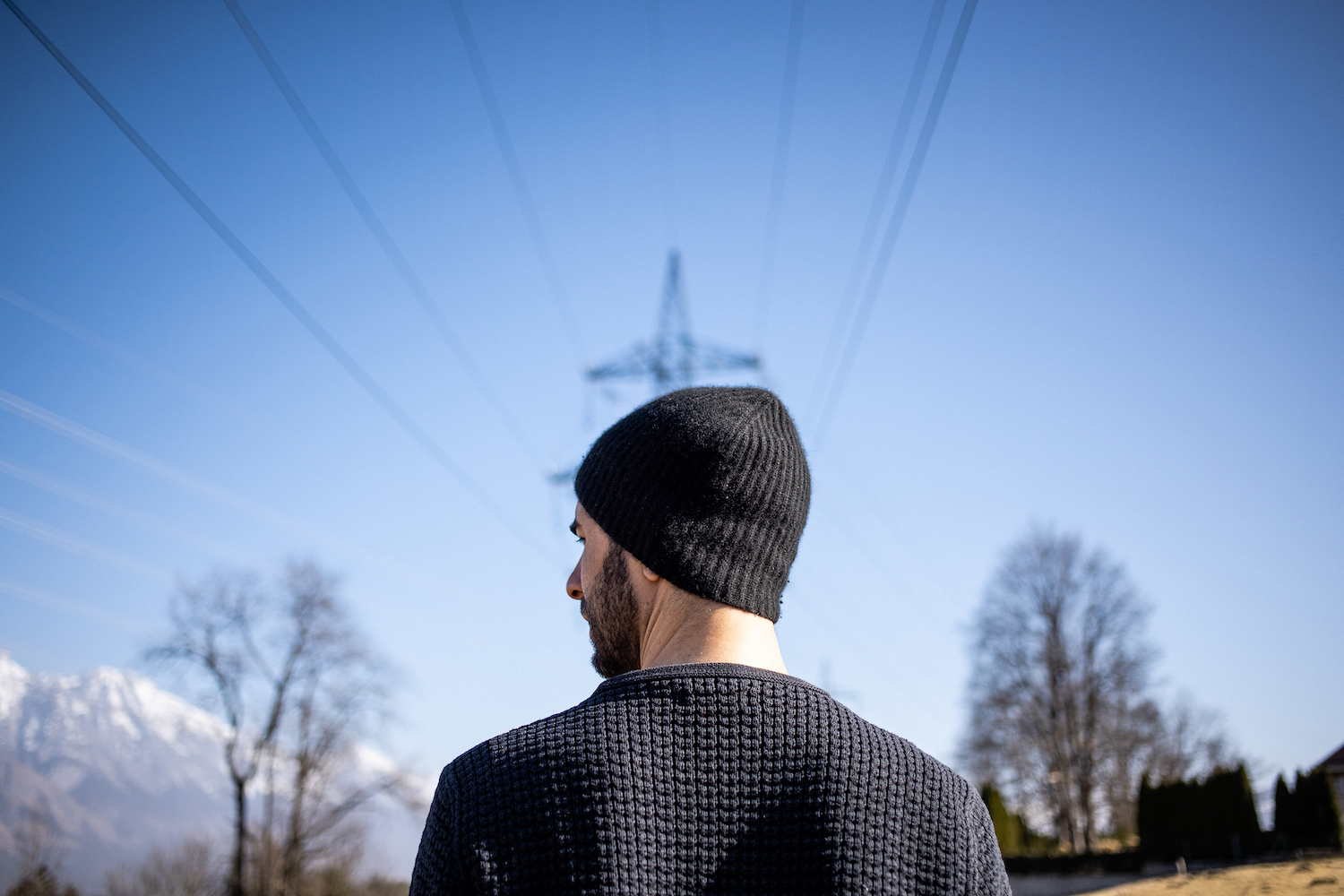