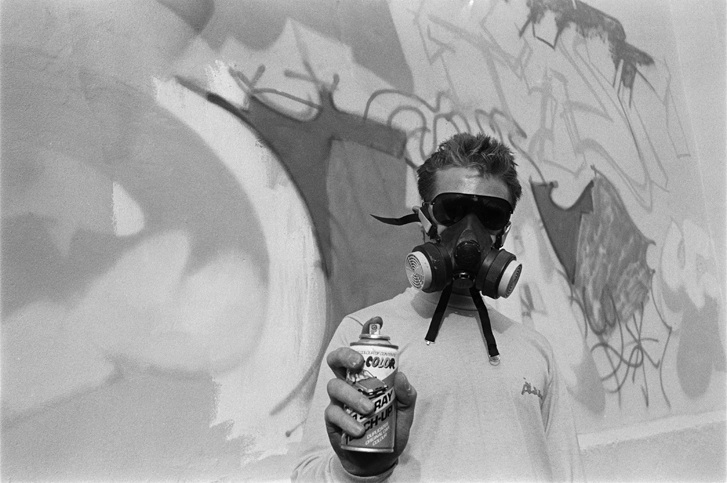 One of the things few people realize about Massive Attack co-founder Robert Del Naja is that he was a wall-splattering street artist well before he took up rapping and producing as part of Bristol’s scene-defining Wild Bunch collective. Or as Banksy once told Swindle, “When I was about 10 years old, a kid called 3D was painting the streets hard. 3D quit painting and formed the band Massive Attack, which may have been a good thing for him but was a big loss for the city.”

A new coffee table book/box set from The Vinyl Factory is bound to put things back into perspective however. Limited to just 350 hand-numbered copies and shipping this fall, 3D and the Art of Massive Attack includes the following:

If that’s not enough to justify the £350 price tag, a standard hardback edition will also be available for just £50 on October 28th. In other art world news, the U.S. premiere of Massive Attack V Adam Curtis heads to New York’s Park Avenue Armory for a limited engagement later this month. Described as “an extraordinary collaboration connecting the dark, intense music and visual work of Robert Del Naja of Massive Attack with the thought-provoking vision of documentary filmmaker Adam Curtis,” the disorienting, politically charged work left the Guardian feeling “actively uncomfortable” when it hit Manchester earlier this summer. Check out its trailer below, along with some of Del Naja’s artwork from over the years…