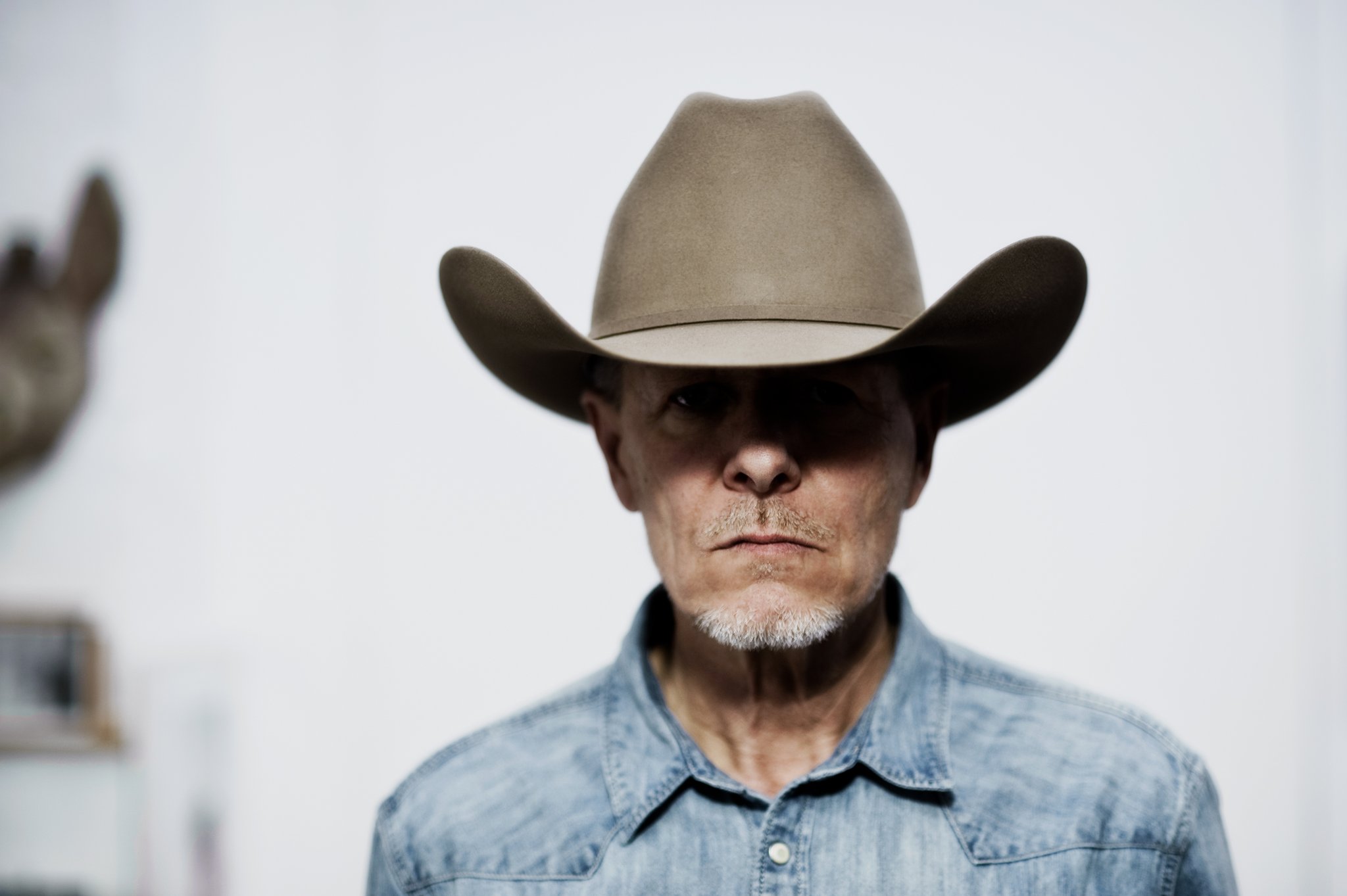 Michael Gira has launched his latest crowdfunding campaign, a wildly ambitious effort to get Swans’ fifteenth album off the ground. Described in detail on Gira’s Young God site, the project revolves around What Is This?, a strictly limited CD of 10 spare demo recordings that will be revisited and reshaped alongside a wide range of close friends (including such longtime Swans members as Thor Harris, Norman Westberg, and Kristof Hahn) and collaborators in the coming months.

Fans can opt for one of 2,500 hand-numbered copies, and pair it with a pre-order of the final LP or such rewards as an executive producer credit,  exclusive T-shirt, screen-printed fine art poster, and a $500 option that packs several one-of-a-kind pieces into an oak box set—from a polaroid self-portrait to a “Gravity Machine” (a wrench that’s been turned into an art object).

Check out Gira’s extensive statement about the album and its long guest list below, along with some product shots and a creepy video…. 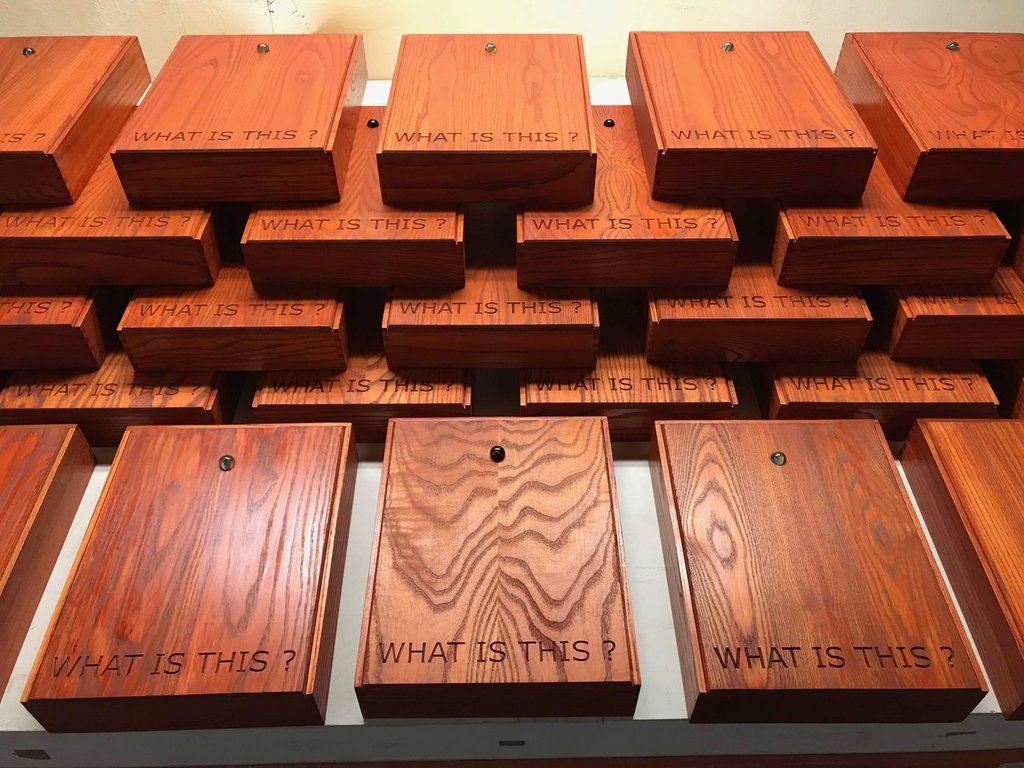 Some time ago, when I made the decision to disband the most recent line up of Swans, I did so not only with trepidation, but also with a great measure of sadness. This, after all, was the longest lasting grouping of core musicians in the 35 year plus history of Swans, and we made some great work. We were (and remain) friends and collaborated seamlessly as an ensemble.

However, a too-comfortable familiarity had taken hold and none of us could see the music surprising us further, so we ditched it, at least for the time being. Following our final performances at Warsaw, in Brooklyn, in November of 2017, after sleeping for what seemed like six months, I set about writing new songs for the next version of Swans. I’ve completed about a dozen, and you’ll find 10 of them on the CD we’re releasing as a fundraiser to help with the recording and production costs of the new Swans album.

These are as close to the bone as it gets—just my acoustic guitar and voice. Should you delve into this collection, you’ll discover that the material leans heavily towards words (lots of them) and vocals, which I suppose is a natural inclination after seven years of immersion in music that was so adamantly geared towards long instrumental passages… Though I’m certain these are fine performances here, these are demos, which means that they are skeletal versions intended as a guide for building the songs with other musicians.

And build them (and expand them) I will—presumably to my usual excessive degree, though in this case that proclivity won’t be expressed in a musical style similar to the chapter of Swans that recently concluded. That much I know. Just how things will actually end up sounding is another matter. I have lots of thoughts about how the orchestrations should go, but for now they’re still amorphous, and I’m looking forward to diving in with other musicians in the studio and following where the sound we generate leads.

As always, I’ll be looking for the unintended. During a recent phone conversation with my friend Bill Rieflin, I expressed my uncertainty about where this record would lead, especially after seven years of knowing pretty much in advance the timbre and vocabulary that would be used when we (the recent, past version of Swans) played, and Bill said something I’ll employ as a guide for this new chapter: Follow the uncertainty, make that the thing. A person could do worse than to follow the advice of a supreme musical savant like Mr. Rieflin, so I intend to keep his words in my head as we work. 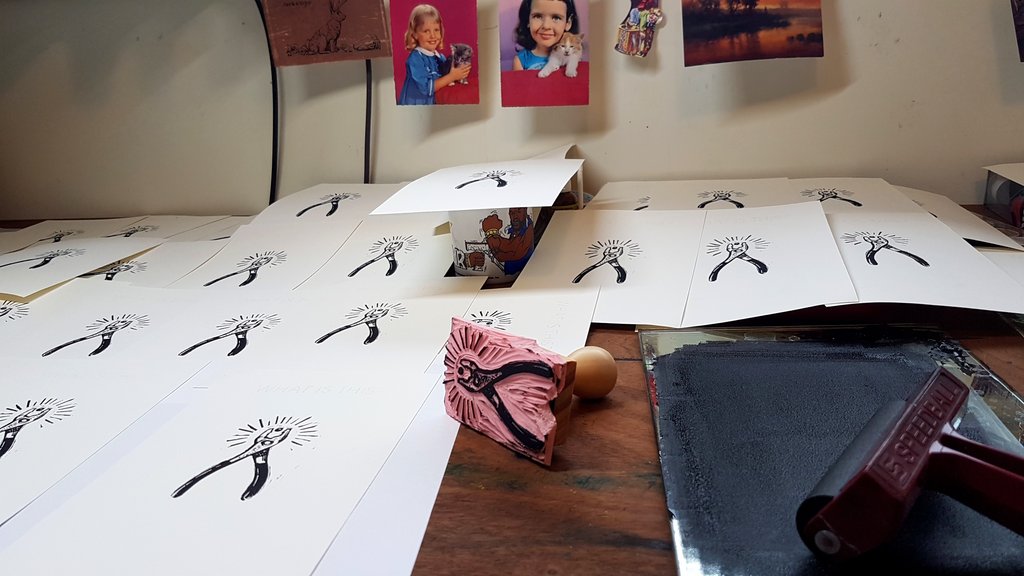 Joining me in this slippery quest will be the following:

The Necks: (Tony Buck, Chris Abrahams, Lloyd Swanton). This transcendental improv combo will play basic tracks to my guitar part on 2 songs, and the songs will be further orchestrated and sung to thereafter. Tony will also play various instruments on other songs.

Kristof Hahn: Stalwart stabber of the sky, recent Swan, and past member of Angels of Light, will play various guitars and lap steel.

Larry Mullins: Stellar past Swans and Angels of Light member, will play drums, orchestral percussion, piano, organ, and whatever else seems appropriate.

Yoyo Röhm: Yoyo is a Berlin bassist and composer/arranger, and he’ll play double bass and electric bass, and will also lend his considerable arrangement skills to the proceedings and will help in gathering orchestral musicians and additional signature players.

Ben Frost: Composer, recording artist, maker-of-sounds and psychic landscapes. I will sit down with Ben once the songs have taken on a shape and I will say OK: What?

Anna von Hausswolff and Maria von Hausswolff: Anna is singer, organist, and composer and her sister Maria is a filmmaker who sometimes sings with Anna. Their voices combine wonderfully. They will sing myriad backing vocals on the record. 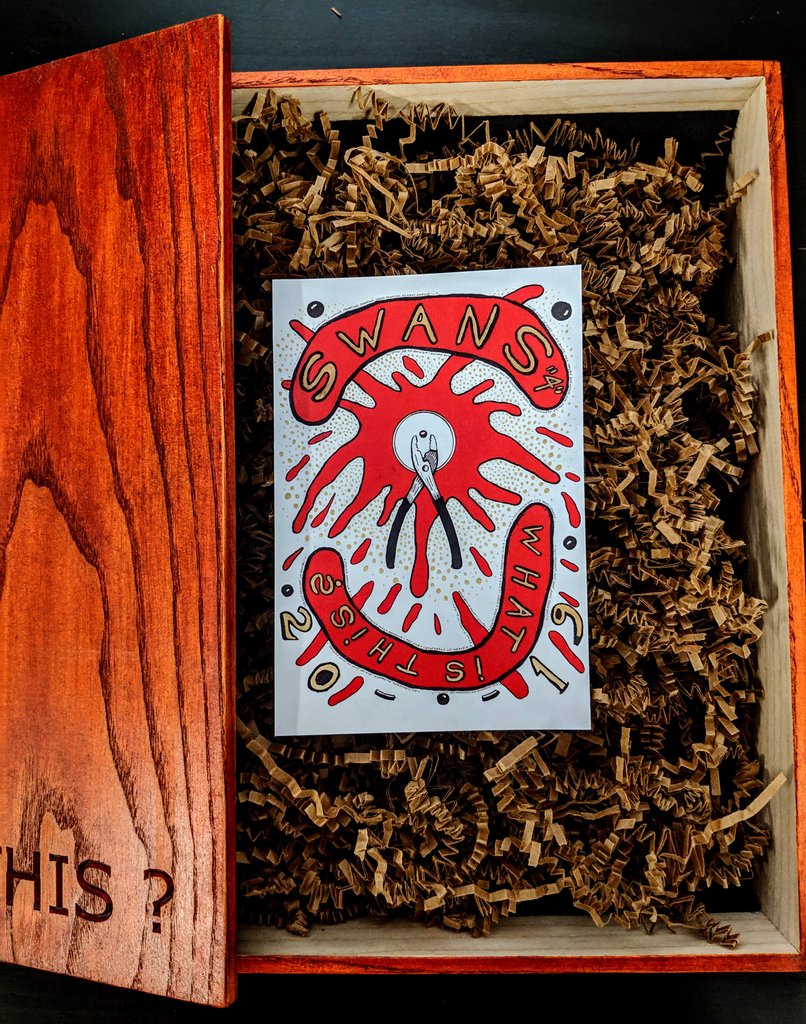 Baby Dee: recording artist, chanteuse extraordinaire, harpist and pianist. I wrote a song specifically for Dee to sing, and she has consented generously to come out of retirement to do so. She’ll also sing backing vocals, as will her friends Fay Christen and Ida Albertje Michels.

Jennifer Gira: Sometimes contributor to Swans, professionally arcane. Will contribute backing vocals and critique. She sings the song The Nub on the What is This? CD.

Bill Rieflin: Long time honorary Swan and past Angels of Light contributor, currently a member of King Crimson. Bill plays everything. I will sit down with Bill once the songs have taken on a shape and I will say OK: What?

Cassis Staudt: Past member of Angels of Light and passionate accordion pumper, she will play on various songs.

Thor Harris: Robust recent Swan and past Angels of Light superman, recording artist, percussionist, drummer, torturer of homemade instruments. I will sit down with Thor once the songs have taken on a shape and I will say OK: What?

Dana Schechter: Recording artist, past member of Angels of Light, bassist, vocalist, soundscape maker. I will sit down with Dana once the songs have taken on a shape and I will say OK: What?

Heather Trost and Jeremy Barnes: Long time purveyors of exotic Eastern European/Balkan/Turkish homemade hoedowns of psychedelic import as A Hawk and a Hacksaw. They sing and play multiple instruments. I will sit down with them once the songs have taken on a shape and I will say OK: What?

Norman Westberg, Phil Puleo, Christopher Pravdica, Paul Wallfisch: Heroic recent Swans members, ex-Swans, and Swans again forever. I will sit down with them once the songs have taken on a shape and I will say OK: What?

M.Gira will sing and play guitar and produce the record. 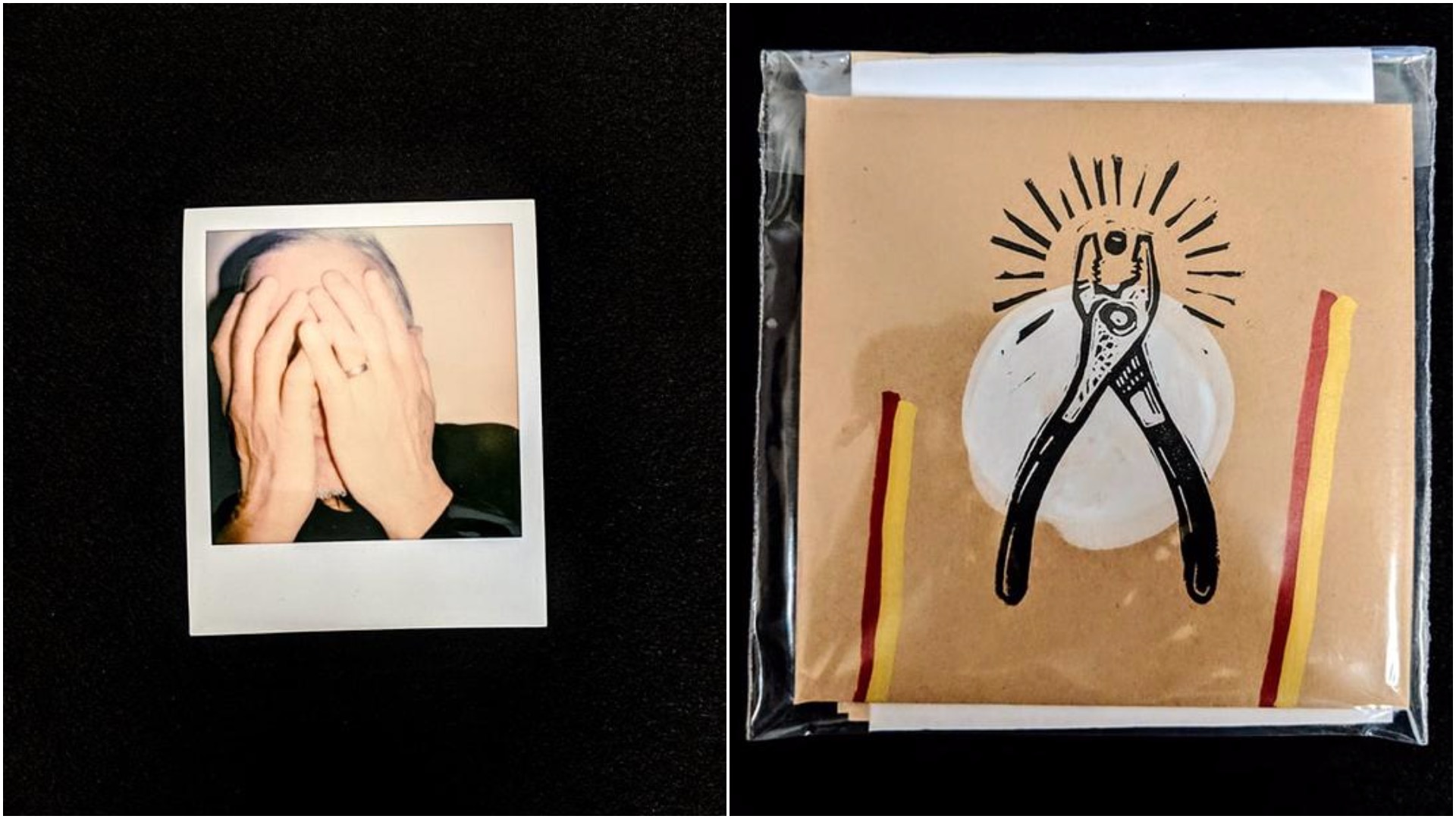 Previous Lawrence Chandler Looks Back At the Past 20 Years, From Bowery Electric to Happy Families
Next MY DISCO Share Their New Dark Ambient Album, Environment