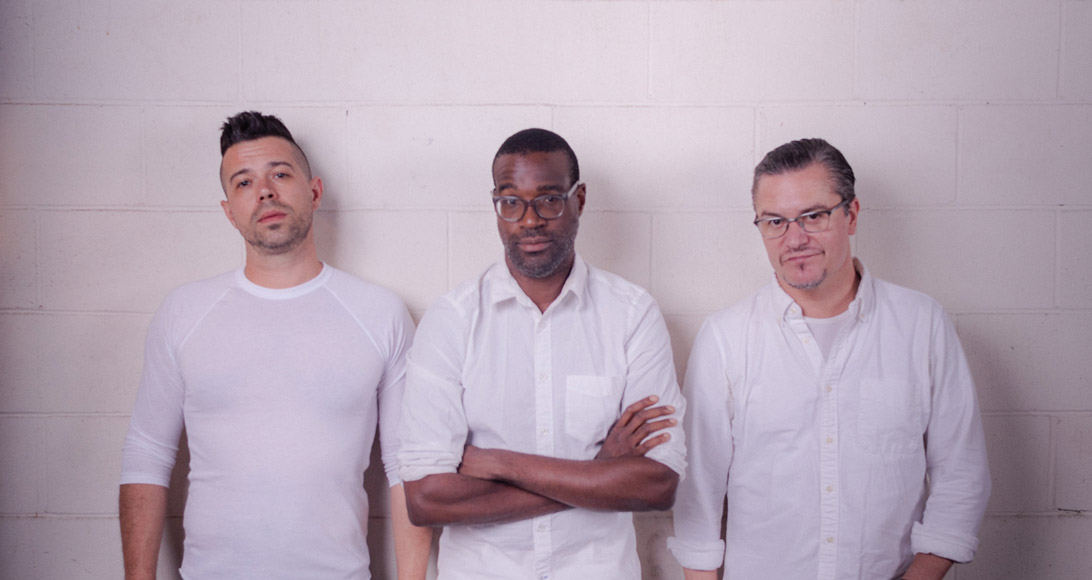 Tunde Adebimpe, Mike Patton and Doseone have set January 29th as the release date of their debut album under the name Nevermen. The self-titled effort—available via Patton’s Ipecac imprint stateside and through Lex internationally—was first mentioned over the summer, when the trio unveiled its first single, a dense number Doseone described as “dedicated to anyone remotely young, feeling inexplicably inspired in the ‘nowhere’ they are from.”

According to a press release, “Nevermen is neither side-project nor super group; it’s merely meant to be a years-in-the-making partnership in which these men shared all duties, discovering their collective sound with the sort of glee and freedom usually reserved for first-timers. Amid this wild, weird churn of rock, pop, rap, soul, and other, it’s shockingly easy to lose track of who’s singing at what moment, and that’s the point: to quote Tunde/Adam/Mike in song, ‘The frontman digests itself.'”

As for when the record was actually wrapped, work started way back in 2008, when Adebimpe and Doseone cut some rough material in a Brooklyn warehouse. Demos were then sent to Patton, closing a circle he’d opened with Doseone just two years before on his Peeping Tom project. Check out “Tough Towns” down below, along with all the album details you need to know…