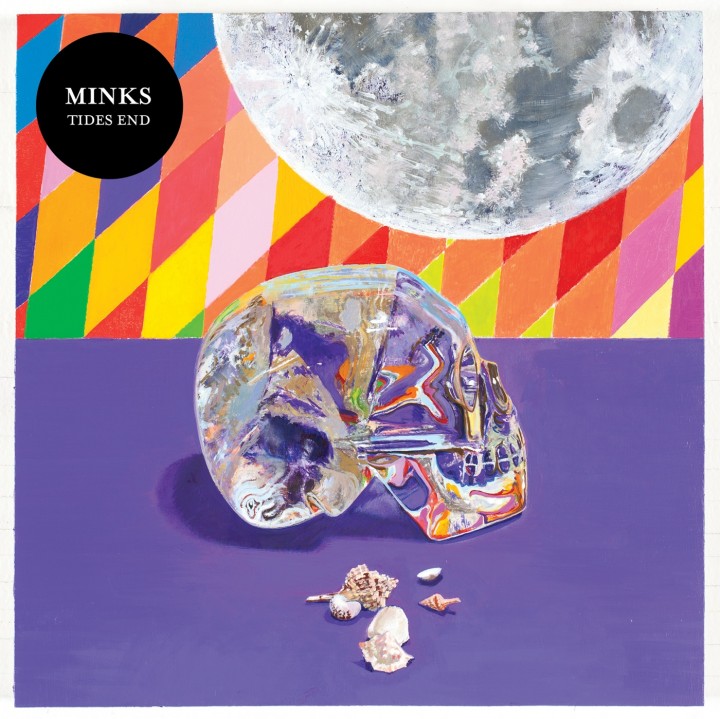 After all but disappearing last year–to the East End area of Long Island apparently–Sean Kilfoyle has suddenly emerged with news of the next Minks record. Due out August 6th through Captured Tracks, Tides End is named after a strange house Kilfoyle stumbled upon during his beachside sabbatical. Here’s how he describes it…

One day while we were out driving I noticed a very old house pushed so close to the dunes that it looked as if it would fall over the dune and onto the beach. The name of this estate was Tides End. We parked our car on the side of the road and noticed some people outside so we went up to talk to them. As it turned out, the family who owned the house was a group of brothers and sisters, who after decades of financial decline, were going to be forced to sell Tides End. We were invited inside the house and soon realized that they weren’t living in our world. They were living in their world, a world from another place in time. They didn’t own any modern appliances and they didn’t own any furniture that was sold in stores during my lifetime. Beautiful art covered every inch of the walls, but the house was falling apart and nobody seemed to notice. They talked to each other in an obsolete way, like character’s in a Truman Capote novel, and We were instantly lost in a world that could have only been imagined. We were now in a world where the sun and the ocean were King and Queen and everyone stopped at 4 o’clock for a gin and tonics on the lawn. We were able to leave the house with a portrait painting of a woman named Margot and vivid memories that couldn’t escape us. Six months later I went back to Tides End. It was boarded up and had â€œNo Trespassingâ€ signs posted all around the property. I trespassed, I took pictures, I imagined the glory, I imagined the decline, I wondered where they are now, and I knew I’d never again get that same feeling.

While that may sound like the start of a gloomy record not unlike Minks’ last, Kilfoyle went the other route, working with techno producer Mark Verbos and lifting the cough syrupy haze from his indie-pop hooks. “The only music he would allow me to listen to during the entire recording of the album was 10cc, Seal, Simply Red, Enigma, and early Chicago house music,” explains Kilfoyle. “The philosophy was to build texture and depth in a recording that blended ambience and immediacy. I wrote about everything from seeing fan violence at sporting events to sitting on the beach with my family in Cape Cod each summer, to finding beautiful isolation in love. If there’s an overall mood to the album it’s just trying to find the beauty in little moments of everyday life. There’s no bold statement here, and in that regard, maybe less is more.”

Check out two examples of what he means down below…