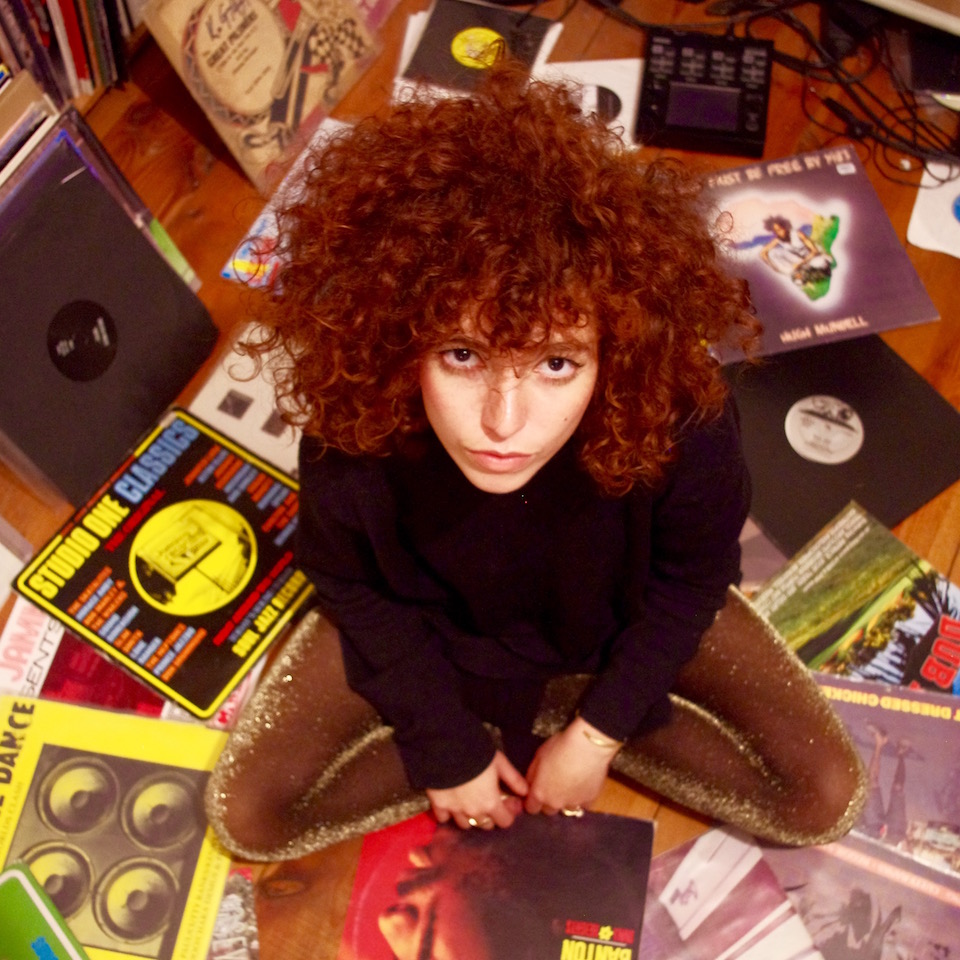 In honor of the free Murder mixtape Miss Red dropped today—featuring a stellar mastering job by Pole and the steely acid-ragga riddims of The Bug, Evian Christ, Andy Stott, Stereotyp, Mumdance and Mark Pritchard—we asked the Israeli MC to share 10 of her favorite dancehall clips on YouTube. Here’s the complete rundown, followed by the entire tape, which The Bug (Miss Red’s main collaborator on the project) described as follows in FACT:

The idea of working with an Israeli MC, inspired by Jamaican music is already mental. Add my roots to it… it’s a surreal thing. It’s doing something we don’t hear anywhere else. Picking riddims from other producers was me just playing stuff to Sharon or introducing her to people I’ve known who are also obsessed by dancehall and not faking it: Stereotyp, Mark Pritchard, Evian Christ. It’s important for me that this mixtape has a strong, individual identity but remains part of a lineage. We are making this music because of Jamaica but trying to find a path away from it that’s still true to it. It’s a strange challenge.
[youlist pid=”PLlxVAExh_bYY28BpYY6SpK3uooQFkHVAj” width=”960″ height=”540″]

1. Cutty Ranks mashing up the Stereo Mars Sound System, jumpin the mighty “Sleng Teng Riddim.” Classic ’80’s footage. Cutty is a living legend; I love how he rips up the dance on this vid.

3. The video starts with Little John on the mic, who is a big time DJ, an all-time legend in himself. BUT, on 1m:25secs the video jumps to Lickshot Marcia, the very, very young deejay. She starts with a sweet song, and then she destroys the place with a firestorm of fast chat madness. MAD talented, and so young.

4. A total classic from the ’90s. Doesn’t matter how many times I hear this Chaka Demus & Pliers tune, or see this vid; I could whine up my waist all day and night to this heavyweight tune. Puts a smile on everyone’s face automatically. Sheer tuffness.

5. A sick tune. Timberlee has worked with Ward 21 for nuff time. BUT on this tune and vid, she is SO hot. Best of the incredible
producers Ward 21, and gyal like Timberlee in full power mode. A queen of the dancehall.

6. Doesn’t come much better than this. Burro shells allcomers on the monster “Streetsweeper Riddim.” His voice goes lower than the low, and is ruffer than than the ruffest. I know Burro and Streetsweeper been mad influential on The Bug too.

7. Cham had killed the globe with “Ghetto Story,” but Spice shows how a gyal can steal the show on the mighty “85 Riddim.” Def my fave vocal version on this crazy beat.

8. New Busy Signal tune, and yet he again he smashes it. He is a consistant dancehall killer. This time he revamps the old skool smash “Kuff,” and this one is one of this year’s finest tunes to come outta Jamaica.

9. VERY rare to see/hear a gyal possee on a BIG floor tune. This is ALL gyal power at its hottest. And again the demons Ward 21 were at the controls. Ward 21 are just too good. I’ve lost count of how many lethal riddims they’ve dropped. Bad gyal bizness.

10. This was a riddim The Bug turned me onto, and it’s NASTY in the best sense. Bad riddim, Badder mood, and Badda than Bad Beenie Man on fire. The “Acid Hall Riddim” would fit well on my new mixtape Murder.