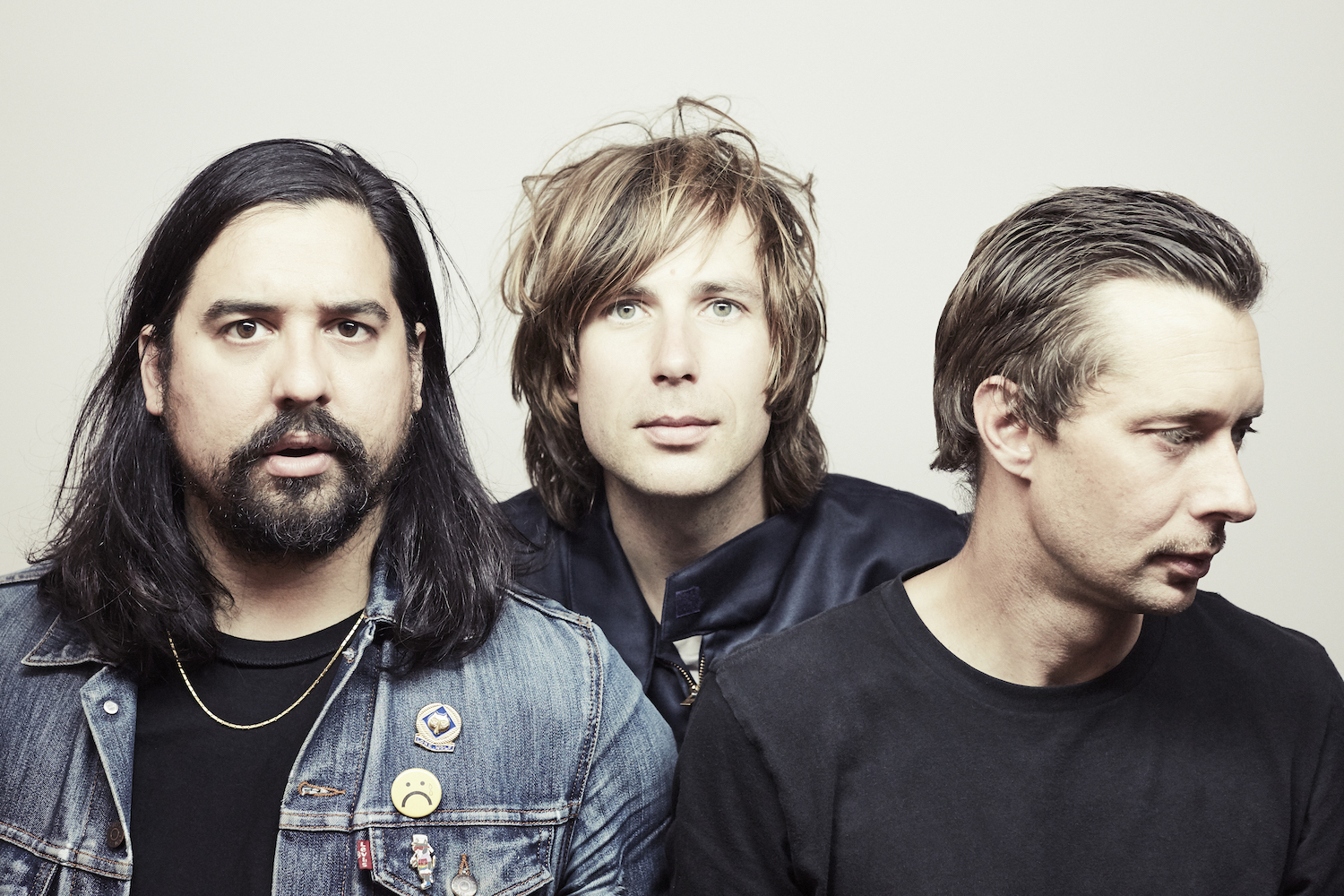 As hinted on their Instagram account last week, Mister Heavenly have finally wrapped their second full-length. Due out October 6th through Polyvinyl, Boxing the Moonlight finds the trio exploring a wide range of influences, from the robust Kraut-rock of Faust to the spastic psych of The Monks. Oh, and hard-hitting hip-hop beats from the late ’80s and early ’90s.

“I personally hate albums where every song sounds the same,” explains singer/keyboardist Ryan Kattner. “It all makes sense in the grand scheme of things. People are complicated. People have a lot of different vibes running through them at any given moment.”

“It seemed like it was a good idea to pivot from the subject matter of the first record,” adds co-frontman Nick Thorburn. “That was maybe a more emotional thing, and I think this record is much more physical.”

Exhibit One: the lashes from lead single “Beat Down” below….