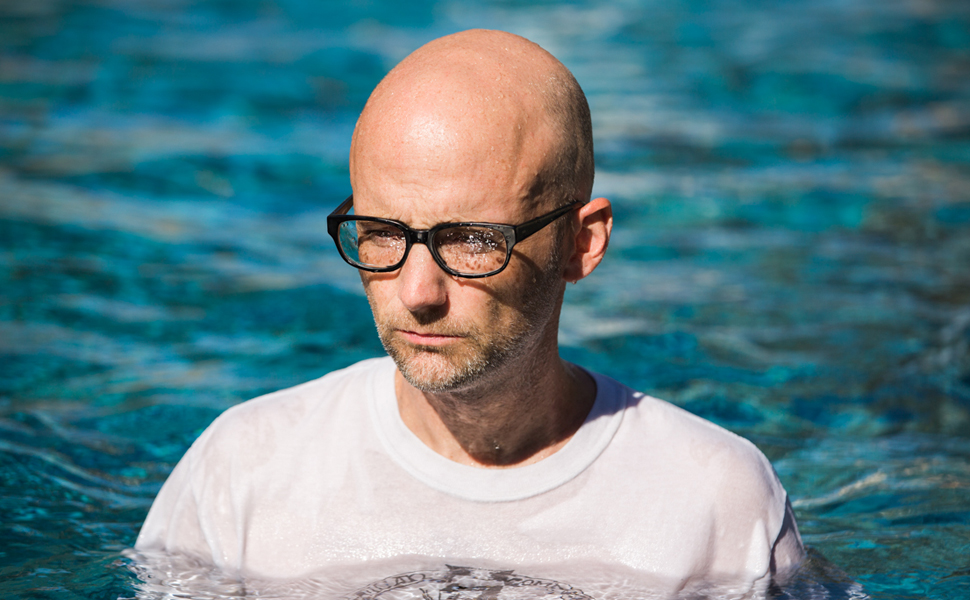 Maybe it’s because he’s a bald-headed vegan who wrote more classic ’90s albums–Everything Is Wrong, his E-tarded self-titled debut, and, yes, Play–than anyone’s willing to admit; whatever the case may be, we’ve always had a soft spot for Moby. Enough that every time he announces a new album, part of us hopes he can run laps around his late ’00s string of mixed bag releases like this.

So it’s with some trepidation, and latent late ’90s rave nostalgia, that we’d like to share some straight from the source details about Innocents, the record Moby’s releasing through Mute on October 1st…

so, for the last 18 months i’ve been working on my next album. and now it’s done and i can write this update and post this video to tell you all (or at least what i can remember at 3 a.m sitting in front of my computer) of the relevant details:

in list form as well? sure, why not. i love lists, and in this case a list even makes sense. so, here’s my new album announcement list:

2-i’ve made the album in my bedroom studio, but rather than make the album exclusively by myself i’ve had a lot of help from other people. to wit:

2a-mark ‘spike’ stent helped me to produce innocents. you might know ‘spike’ from the work he’s done with muse and bjork and massive attack, among others. he’s amazing.

2b-there are a lot of guest vocalists and collaborators on the record. like: wayne coyne from the flaming lips, mark lanegan from screaming trees and queens of the stone age, damien jurado, skyler grey, inyang bassey, and cold specks. among others. they’re all amazing, too.

here is the full tracklist:

3-the record comes out in october. but, as it’s 3a.m, i don’t know when, exactly, in october. let’s say october 1st. but that might not be the right date, as it’s 3 a.m and i’m honestly just guessing.

4-the whole, entire tour for the album will consist of 3 shows in los angeles. maybe at some point in my adult life i’ll do more elaborate touring, but for now i just want to play 3 shows near my house. so, to be clear: the whole entire innocents tour will be 3 shows. near my house. ideally within walking distance of/from my house. more details and information will follow via email.

4a-the 3 live shows (aka-the entire tour) will be a mix of new songs and old songs. including lots of songs from my past that, hopefully, you want to hear. it would be weird to only play new songs, even though i really like the new songs. and, to be honest, i get kind of annoyed when i go to other people’s concerts and they only play songs from the new record. i love my new record, but i fully understand that you probably want to hear some older songs, too.

5-i have shot all of the photographs for the artwork for innocents and the singles. i’m not saying i’m a great photographer, but i’ve been a photographer since i was 10 years old (when my uncle gave me a nikon f), and i really like taking pictures. so, thus, i decided to take the pictures for the new album artwork.

here is the album cover: a case for shame is a song i wrote with cold specks. she’s an amazing singer/musician from ethiopia and canada. i hope you like it. click here or below to play the track.

7-because i have a lot of free time right now i’ve made a spotify album inspirations playlist: