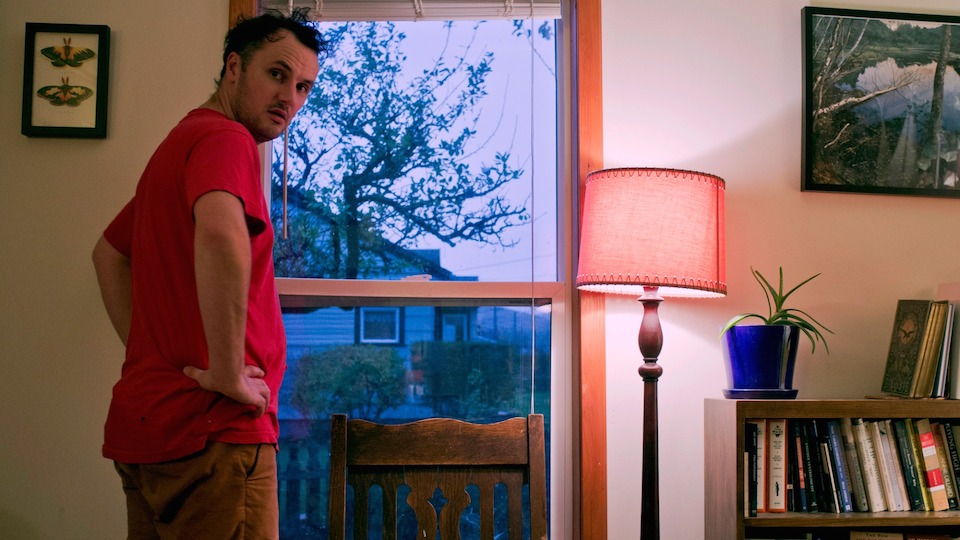 1. Anyone who knows me—and no, I don’t mean people who write me emails saying they “love” my music (note to self: who cares!); I’m talking true friends like my hunting buddies and my sensei Wuz—knows that I’ve been into rolling coal before it became a thing this year. Obviously it wasn’t even widely called that until very recently and I have mixed feeling about it becoming some go-to Tea Party fad. (For the record, when it comes to the Pauls, I’m way more of a Rand fan than a Ron one, but barely.)

Anyway, I first got into under-aspirated exhaust output probably six or seven years ago after a botched festival run. I was overplayed, underpaid, and seldom laid (not counting oral or whatever; obviously I got some tail but not straight sex) and needed a serious pick me up. The phone calls were coming pretty hot from my licensing guy, Derien. This guy won’t be picking up any awards for World’s Most Savvy CPA anytime soon. He’s a complete ass munch, but knows his away around 401(c)3 loopholes like a mother-scratcher. And, honestly, this time the pills weren’t making them—or him—go away. (Full disclosure: In April of 2006, I shifted away from Klonopin to a Demerol-Darvocet blend and, $6800 worth of property damage to a GameStop—charges remain “pending,” I’m supposed to add—later, it was made apparent that the switch was NOT working for me.)

So where does a burnt out, opiated, horny-as-shit “indie rock” (I hate that term, BTW) star find himself when the rope gets thin? Well, when the dust settled I found myself removing particulate filters from my cousin-in-law’s Isuzus. We used to burn pretty hard around Cincinnati, mostly up north in the Carthage, Roselawn, and Hartwell neighborhoods. I’m not one for metaphor. (Have you tried actually sitting down and reading my lyrics? No thanks!) But at the time it felt like those ominous plumes of black smoke had something to do with my career arc and what I “needed to do.” It was a dark time.

2. I got even deeper into Silat this year. I’ve been practicing on and off for nearly a third of my adult life, but decided to commit in 2014. FYI: Malaysian martial arts are not like riding a bike, and it took about 30 seconds to realize my jurus were weak at best and potentially dangerous at worst. Even at the height of my obsession, I was never big on freeform tari; all that chi-sao-style sensitivity training just seemed, well, too sensitive for me. I don’t know about you, but I feel most alive when I’m in my kekuda and going nucking futs with a kris or parang. Maybe that’s just me, and it probably doesn’t help my mindset that I grew up going to a place called Steve’s Violent Karate.

Anyway, to quote Cartman, I am what I am. Fighting is two parts strength conditioning, one part ego, and a buttload of rage. Quick story: I was working on my new album Sauna (this is in post, which we did in Colorado Springs) and just couldn’t get this one bass part to quantize right. I was royally pissed and needed something to take my mind off it. On a whim I found this amateur mixed martial event (think UFC without the claws) and yanked a few chains to get rostered. Totally got wrecked early, but it cleansed me. In the end it didn’t matter as we subbed the bass part out for some turntable work.

3. 2014 was kind of the year of commitment for me in a lot of ways. (And if you think I’m going to talk about the stint I did in Kirkland at Fairfax for “behavioral health needs,” you best check yourself. Number one: It was blown way out of proportion on Pitchfork; they said I was in for a week when it was no more than five days TOPS. And number two: Even if I WANTED to—which, surprise surprise, I DON’T—I’m on gag order, per King County.

No, I’m talking about ink. I’ve had a few tattoos over the years. Nothing to squirt over; I did the barbed wire thing on my left bicep when I turned 18 and the next year got the Deicide logo on my lower belly (just below navel). This year, though, I upped my body art game substantially. My wife’s best friend draws in Redding so we both went down a few times to get worked on. I’m roughly 40-percent done with a sleeve that incorporates Neo-Druidist and Celtic Reconstructionist imagery: ogham, runes, coins, etc. I also got the Joe Boxer smiley logo. (Don’t ask.)

“For me, that means waterskiing. Hard.”

4. Another highlight of this year was finally dropping trou and getting sack deep into the horse game. Not to completely throw my music under the bus but as you’ve probably noticed it’s not exactly priority numero uno anymore. So when I got the opportunity to buy major stakes of a few training thoroughbreds out of Remington Park in OKC, well, I jumped at it. It’s not like we’re naively gunning for Windsor or Epsom, but my team took enough minor purses this year to wet my stick in a pretty major way. What’s exciting is that we’re not limiting ourselves to flat racing. A few of our ponies are steeplechasers and I can’t even begin to tell you how thrilling it is to consider National Hunt competitions. My primary jockey is a Flemish cat who came out of the Ostend scene; can’t speak a lick of English but jeepers crackers can that son of a gun ride. Can you tell I’m a little obsessed? LOL.

5. I’ve been saving this one for last. After the doc cleared my knee surgery in February, summer couldn’t come soon enough. And for me, that means waterskiing. Hard. I don’t think it’s compromising jack to tell you I reissued my back catalog almost exclusively (save for some random booking debts on the World’s Cup; that’s a different article altogether) to pay for my Malibu Response TXi. I used to have a Nautique that just chewed and it was essentially a dream come true to trade up. And I mean way up. My TXi is a beast. Tournament grade? Check. Indmar Monsoon engine? Check. Great pull? Um, YEAH you could say that. The tracking on this thing is nasty and the visibility is just insane. I was slicing wake 24/7 from June to early September. My band was pissed because we turned down two or three bigger summer gigs but they can eat it. As music becomes less and less a part of my life, it’s inspiring to find new hobbies and goals to fill that vacuum.

Mount Eerie’s latest album, a viking-inspired double LP called ‘Sauna’, is due out February 3rd through P.W. Elverum & Sun. Check out a couple trailers below…