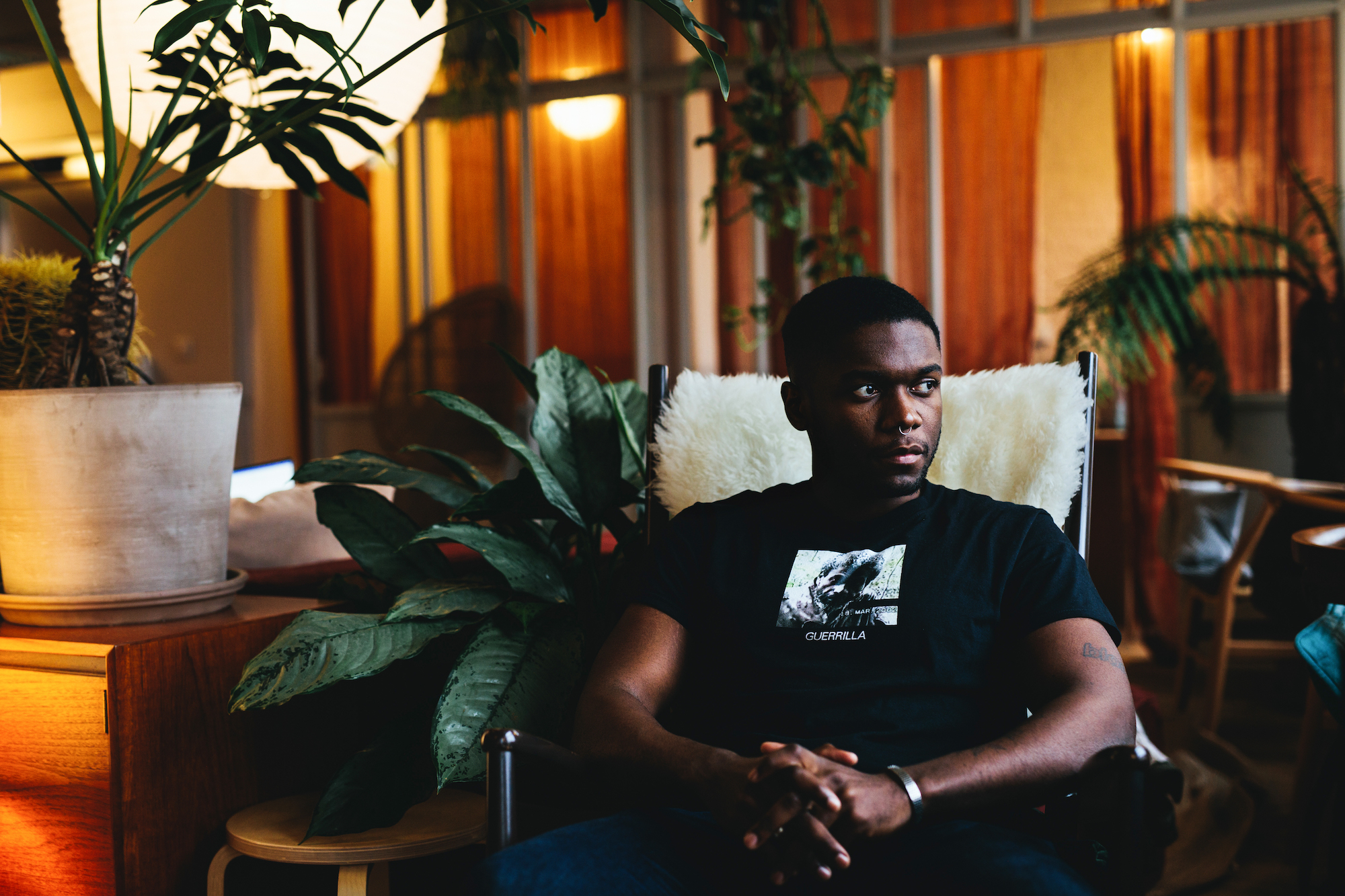 Considering that Kode9 once wrote a book (2012’s Sonic Warfare tome) about the weaponization of sound, and the fact that he’s always been on the frontlines of supporting vital musicians, it’s hard to think of a more fitting breakthrough artist for Hyperdub in 2020 than Nazar. Having first emerged in 2018 with Enclave — an EP rooted in his signature Rough Kuduro sound — the Angola-born, Manchester-based producer leaves your speakers riddled with roughshod rhythms and relentless beats on Guerrilla.

Simply put, it’s the sound of war itself — personified by the painful, deeply embedded memories of Nazar’s own father, mother, and extended family. In the following exclusive feature, he breaks down every last splintered loop, from the haunting, siren-like hooks of “Retaliation” to the history lessons that linger far beyond “The End of Guerrilla”…. 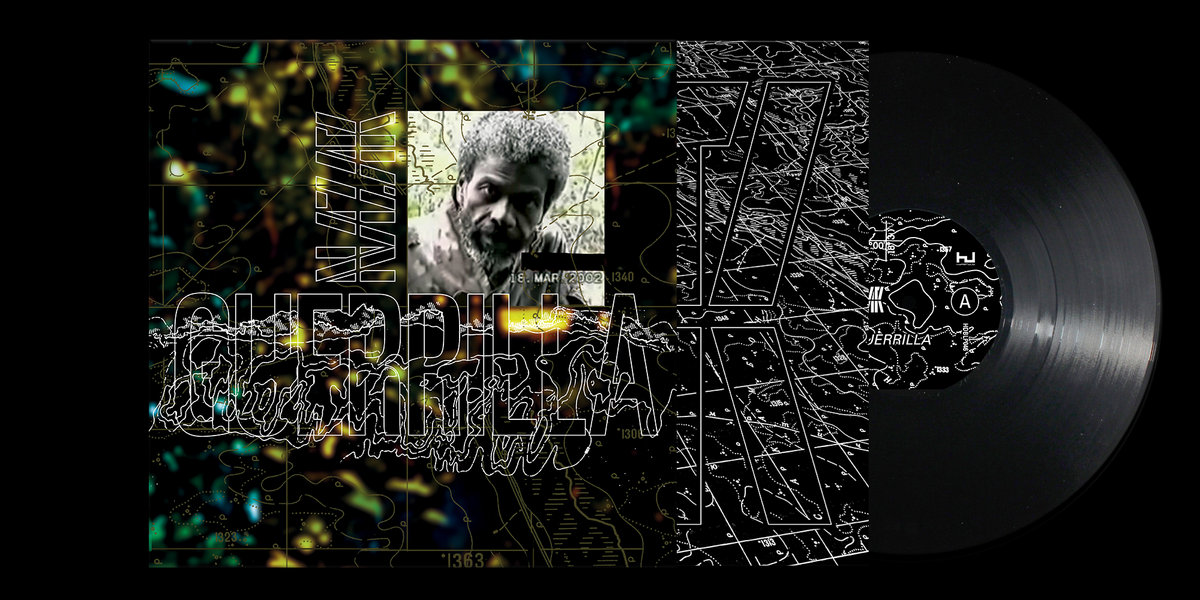 “RETALIATION”
Song about the endless cycle of violence that fuels the war. The false sense of security of having the means to retaliate. Song about the 55-day war in Huambo right after the post-electoral massacre in Luanda. Where the opposition took back their stronghold from the regime. Civilians pay dearly the price.

“DIVERTED”
My father recalls, and talks in bits, about the events of having to sacrificing himself early in the civil war, so the leader could get away safely. He was proposed to create a diversion and trace an alternative trail into the jungle so the regime would have to make a choice of which trail to follow and get to the leader. Many people tell me that my dad had accepted without hesitating. He was supported by a couple of men from the main convoy of walking men. Shortly after the diversion was made, under heavy artillery, my dad’s line in the process got assaulted by the regime’s force. The plan worked, but now surviving the attack was all he had in mind.

The song is very structured and sequenced — an aspect used to mimic the technicality of the operation. The climax is reached when the drums become distorted and a typically ovimbundu onomatopeia is heard. That’s when the attack started. It all symbolises the violence of being in such intense fire.

“BUNKER”
About what many people including members of my family endured during the aftermath of 1992 election in the streets of Luanda. Violent persecution of anyone related to the opposition, and heavy urban fighting. 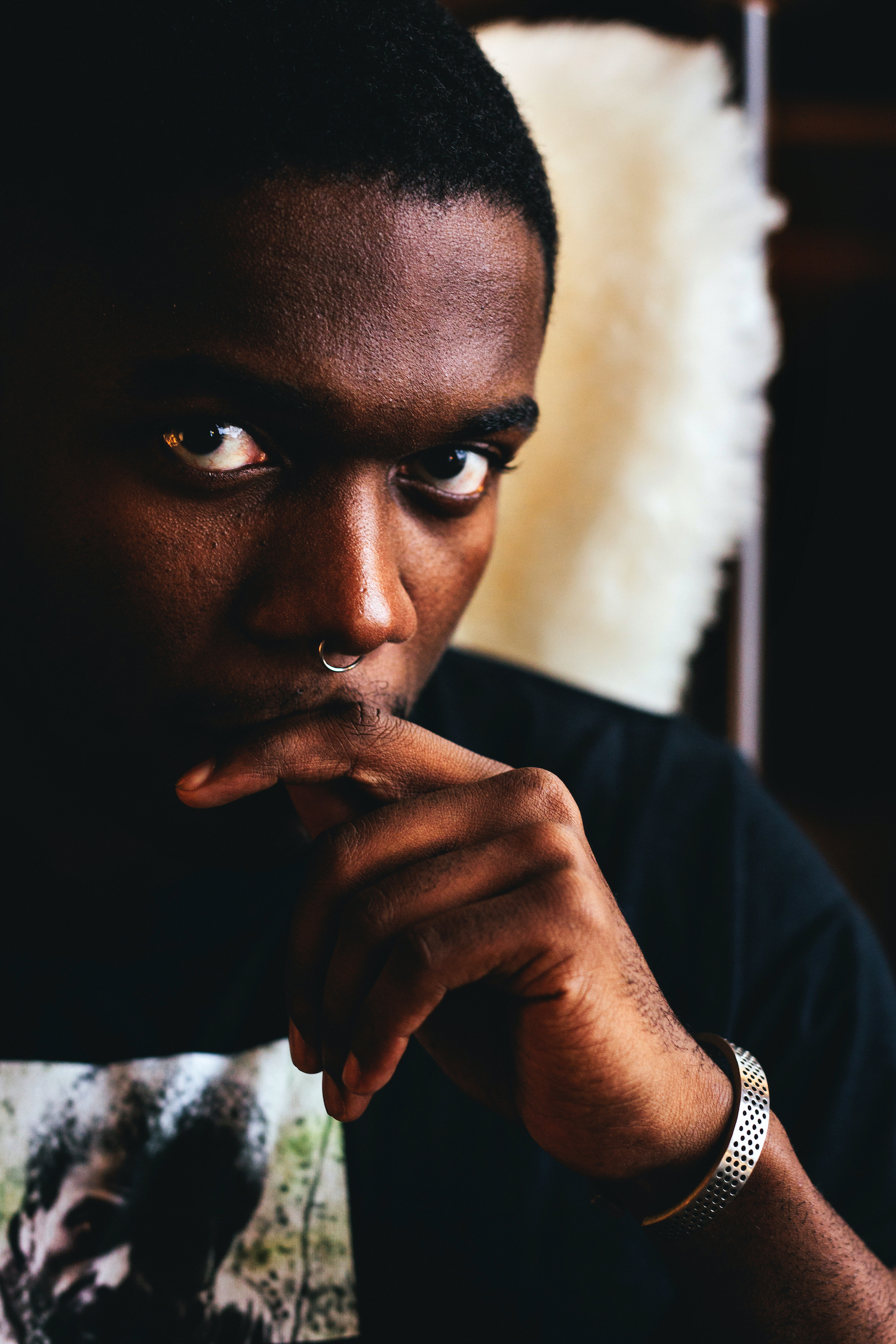 “UN SANCTIONS”
About the direct and indirect consequences of the lack of understanding of the conflict by major institutions like the United Nation, and its instrumentalization by alliances. Sanctions weren’t there to sanction and punish; just there for favor the sides that, at the time, were more in line with the major actors controlling these institutions in the dark.

It connects to me as well. I could feel the effect of it at a time in Belgium, when my mother was struggling so much to make ends meet and maintain a second job. It put her under a new layer of stress; as if raising four kids alone and thinking that my father could die everyday wasn’t enough.

“FIM-92 STINGER”
The only “upbeat” song on the album. Upbeat but still about violence, as everything in this album in relates to it in some way, mentally or physically. It’s about the temporary safety the population stationed in the military HQ of the opposition Jamba felt after the leader had successfully, with extreme confidence, managed to let Americans let go one of their most sensible piece of military technology for their safety.

FIM-92 STINGER is the technical name of the Man-Portable Air Defense System that operates as an infrared homing surface-to-air missile. Basically, no more accurate airstrikes for them. The regime had to fly over a lot more higher than they safely could to get to their intended target.

“IMMORTAL”
About the occultism and obscurantism involving the very early years of the rebel movement where, according to different sources, the taboo subject of witchcraft was bought too. Invincibility and invisibility are what fighters sought the most during these early years in the conflict. A 27-year  conflict may not be a lot of time, but these aspects of African culture had dramatic consequences later in the war, especially on women.

The sounds of the lead melody is a nod to the spirits protecting you. I sampled my own voice and manipulated it. 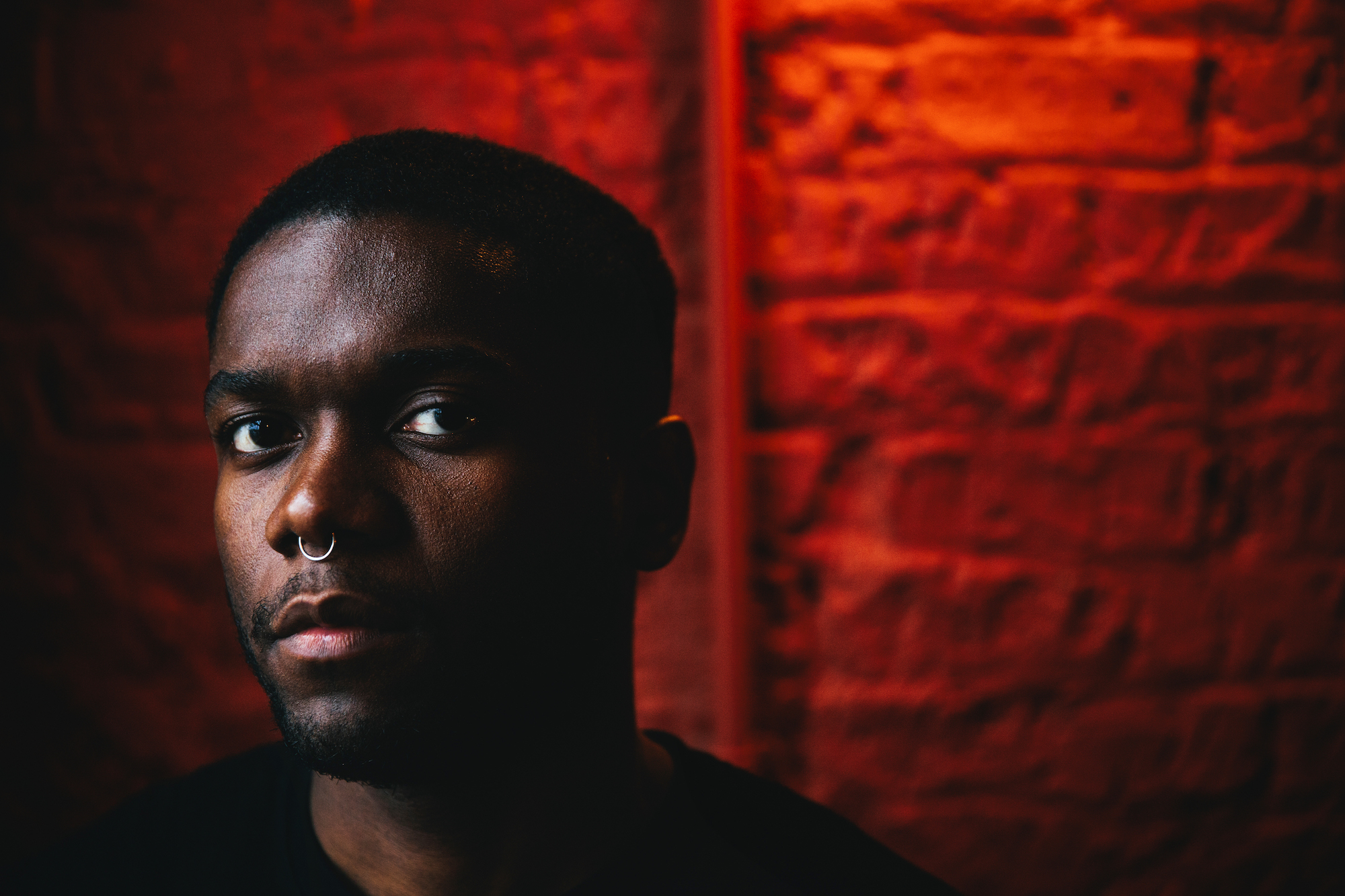 “MOTHER”
A song dedicated to my mother. I wanted to reaffirm the importance of women in the conflict, to make sure the truth could be heard from the war’s most influential and hyper masculine leader: Jonas Savimbi stating that “women have resisted much more than men.”

My mother recalls the day she left her parents — at 16 — to join the rebel movement. It was during the so-called strategic retreat to the forest, to restart the guerrilla fighting since the independence turned sour very quickly when the new movement in power decided to not hold elections and kick out the other two movements in the capital.

I brought my younger sister into this song with her mumbling and harmonizing. The ambient sounds— like many throughout the album — were partly recorded in places that hold an important history to my family… Bailundo yards in the ruins of the my grandparents’s destroyed home in the same city. Right near the camp of my grandmother.

“ARMS DEALS”
About arms deals — literally. That’s all I’d like to say for now, due to the sensitive nature of the subject. Plus the legality of it all. More details in an interview, I guess, after some permission is granted.

As intense as the thrill involving these operations in the underworld. It’s also the song that resumes the shift in sound first introduced on the second part of “Immortal,” but peacefully paused by “Mother.” 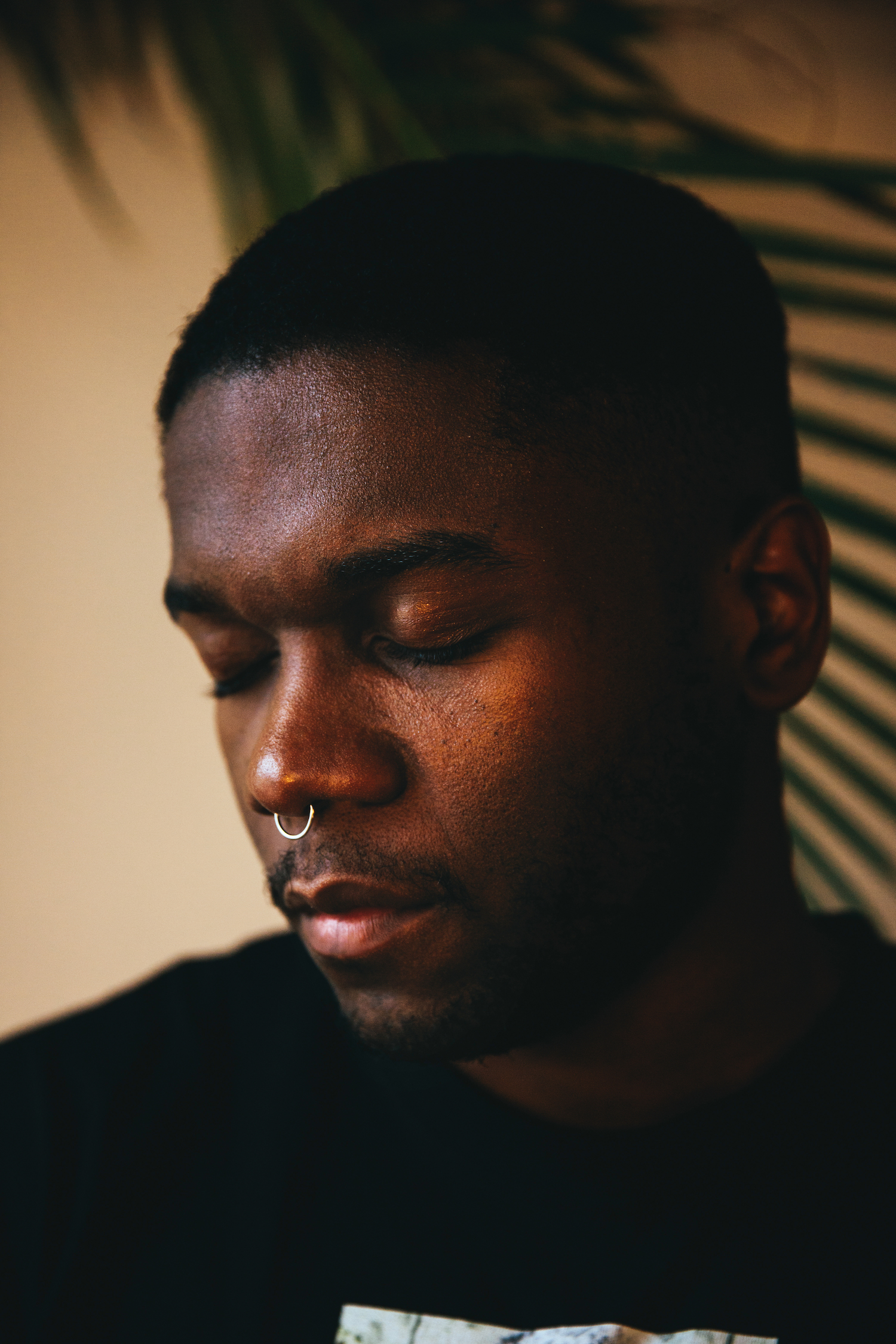 “WHY”
Song about me starting to reach an age where I had gotten a better understanding of war and started questioning things related to it. Why was my dad not around when growing up? Why did he fight? Why?

“INTERCEPT”
About how technical and mathematical the conflict had gotten after the new millennium. It’s about technology, as reflected in the track’s futuristic posturing. The chief engineer responsible for the communication had turned sides and worked with the regime to successfully find the leader of the opposition event that lead to the end of the war.

It’s also about the network of informants that intercept sensitive information through radio watchers and informants stationed in the spy regime’s airbases, so they could alert the population in the area under the opposition’s administration that airstrikes would be imminent.

“END OF GUERRILLA”
The title says it all. It’s not only about the end, though; it’s about dignity, and remaining standing, despite being mutilated. Making your voice heard despite not having anything to say.

I wanted the first part to have an almost religious feel to it. My dad is tired, but can rest. Has he ever killed a man? I don’t know and probably never will. But now it’s time for his own reflection of these wild years and make sure this cycle of violence stops for good. He recalls the moment he sat at the table of negotiation one last time.

The distorted percussion ripping the fabric of the waveform of this song symbolize the struggles and violence the war imposed on everyone involved, from the men and women that got killed to the orphans of the conflict; to the women that got traumatized, raped, and burnt alive; to the teens that got forced into killing your black brother next door; to how it affected me indirectly and still does. And how it affected me my whole family directly, and it still does.

The rain symbolises forgiveness of all the evils the war had caused.

The very first thing and last thing you’ll hear in the album.

Previous Merrin Karras Makes Us An Ambient Mix, Breaks Down His New LP Northwest Passage
Next Mana Reveals His Recipe For Orecchiette With Turnip Greens