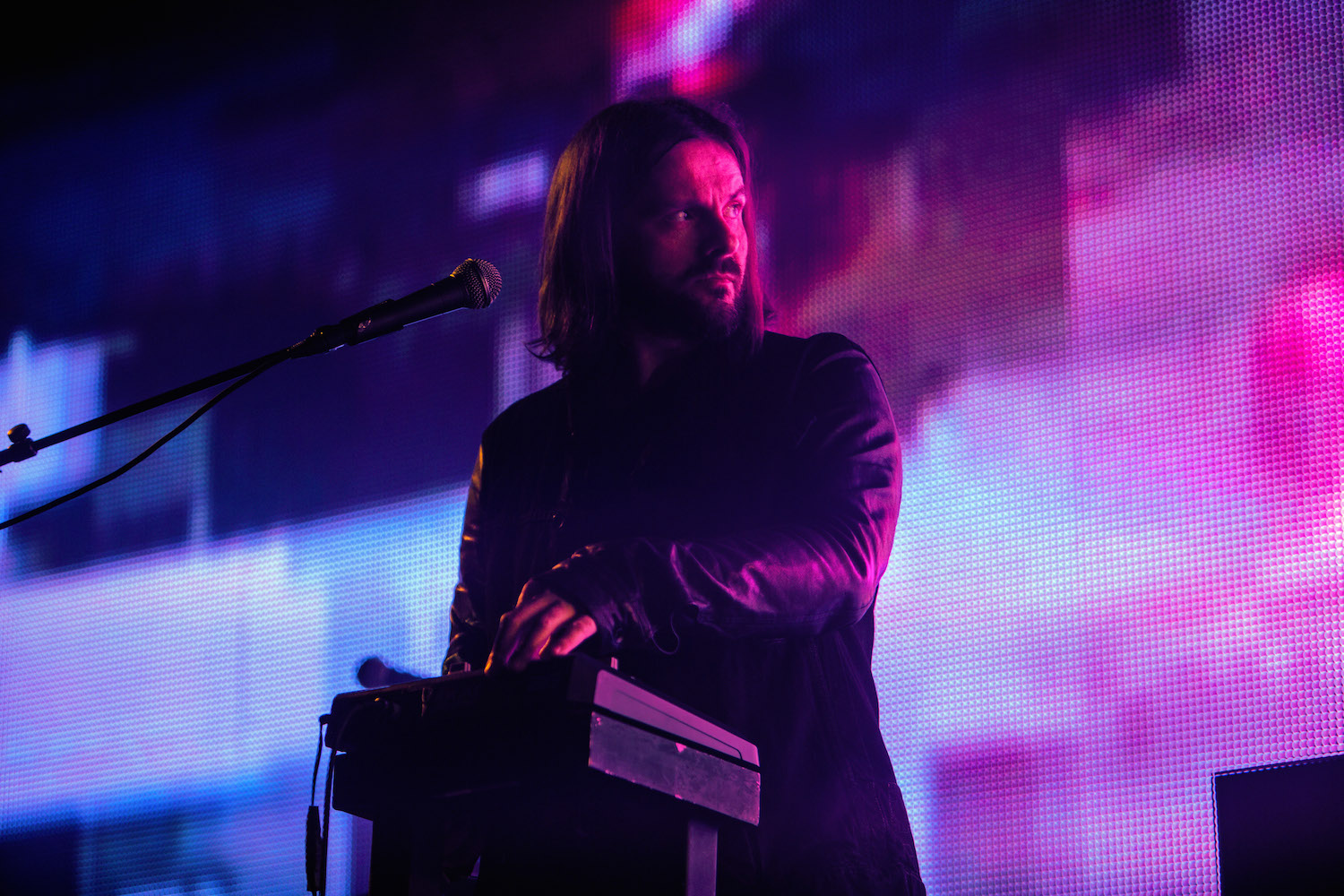 While he’s perhaps best known as a member of Trent Reznor’s two bands—How to Destroy Angels and Nine Inch Nails—Alessandro Cortini got those gigs for a reason: because he’s a master of modular synthesis, as comfortable writing a trilogy of experimental Buchla LPs as he is working alongside one of modern rock’s most notorious taskmasters.

“My first thought when Alessandro walked in was that he didn’t look like what I had in mind,” Reznor told Keyboard Magazine back in 2005. “His presence was intense but gentle, not the ‘I’m gonna attack you’ energy fans might associate with NIN. Then he started, and within 30 seconds I was like ‘That’s the guy!’ I never once regretted it [hiring him].”

“Of all the years with Nine Inch Nails, the period spent writing and recording the instrumental record Ghosts I-IV is probably the one which changed my approach to music making the most,” Cortini explains in a press release for his recent solo albums on Important Records. “After that record I started getting more into instrumental composition, although I tried to approach it in a different way. While we had a vast array of tools and instruments at our disposal then, I decided to approach my pieces limiting myself to one instrument only, as I found myself being more decisive when faced with a limited creative environment.”

In the following exclusive mix—sent over in the middle of NIN’s rigorous summer tour rehearsals—Cortini explores that limited creative environment even further by stringing together some of his favorite Buchla pieces. Although don’t let that fool you into thinking he’s stuck on one synth; Cortini’s latest album, sonno (out now via Dominick Fernow’s Hospital Productions imprint and iTunes), revolves around a Roland MC 202…

Morton Subotnick – Until Spring (Side Two)
This piece is really representative of most things that made me fall in love with music created on Buchla Electric Music Boxes: the organic yet unfamiliar tones, spatial movement, and timbral variety, which are masterfully combined by Subotnick here.

Charles Cohen – Buchla Music Easel improv
Charles Cohen is very dear to me, since he’s proof there can be a direct connection between the heart and electronic instruments. His way of playing the Music Easel is unique and inimitable, and always different while being familiar at the same time.
While there have been recent releases on Morphine which are incredible, my favorite Cohen work comes form his improvisations, and the edited audio from this video is amazingly varied, given the short running time.

Sarah Davachi – St. Georges
Sarah has the ability of turning any instrument into a soothing, warm, welcoming blanket of sound that is always pleasant and comforting. This particular piece is for Buchla 200 and EMS VCS3 .

Suzanne Ciani – Live Buchla Concert 1975
Suzanne’s music is a great example of how varied music composed on Buchla instruments can be. Her melodic approach was definitely one of the confirmations I needed that I wasn’t getting into an instrument that appealed to the abstract/atonal for the most part, but that it could be melodic and “song” based if one wanted it to be. (Editor’s Note: Cianni told us Cortini returned the favor recently by letting her borrow his Buchla when hers was broke in transit to an LA gig.)

Warner Jepson – The Big Purr / Bugs At Large / Blood Knot
My friend Mitchell Brown at KXLU released an incredible double CD with a lot of unreleased works by Warner Jepson, a lot of which were done on the Buchla 100. I much prefer Warner’s use of the instrument compared to Morton Subotnick’s. (Mort’s 200 works are my favorite though!) I feel Warner Jepson really pushed the 100 to its limits.

Benge – Chime Five
Ben Edwards, a.k.a. Benge, is one of the few lucky musicians who had a chance to record with a Buchla 700, one of Don’s first (and last) integrated instruments. The results are beautiful and make me wish he had more time with it.

The Electric Weasel Ensemble – Music of the Spheres
Allen Strange and Don Buchla plus other musicians, making sounds exclusively with Buchla Music Easels. Nothing more to add…