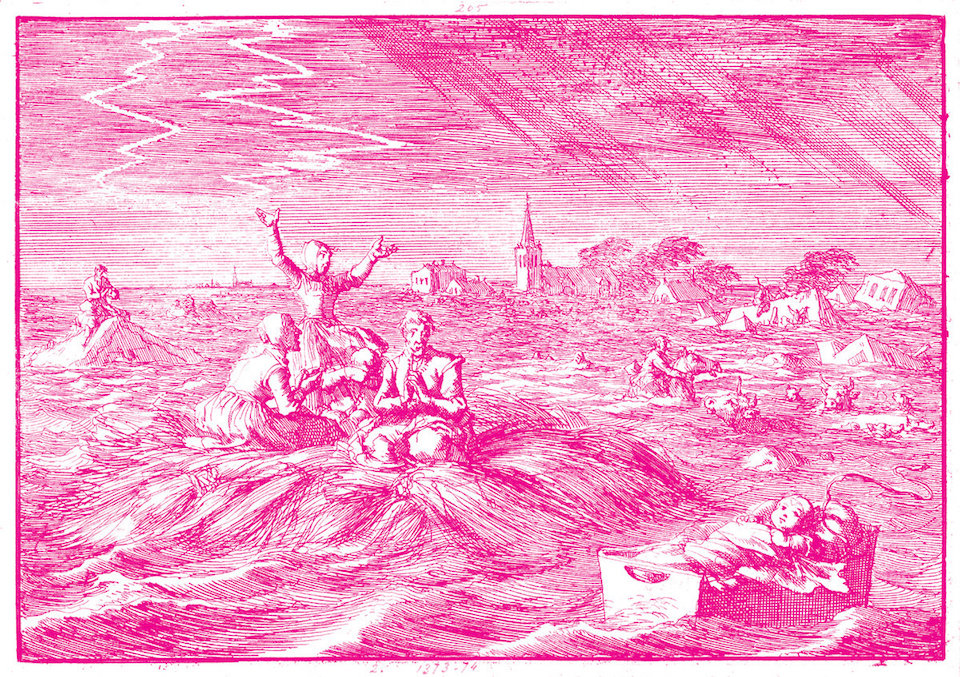 While we already shared a fantastic Lakker mix a few years back, the one below ups the ante even further by revealing the sonic roots of their new Struggle & Emerge record. Here’s what they had to say about it:

This mix consists of the raw samples that were used to create ‘Struggle & Emerge’—video and audio files taken from the archive. We mixed them together using minimal FX, some phasing, panning and filtering to present them in a somewhat musically interesting manner. But the main focus of the mix is to show the sounds and give an idea of what we initially heard in them that inspired us during this project.

True to its tumultuous theme—the Dutch versus wild bodies of water, as commissioned by the RE:VIVE Initiative—it features such mangled source material as a rocky North Sea field recording, a restless boiler room, and an expressive steam-pump engine.

Have a listen below, and look out for the rest of the Struggle & Emerge record next Friday through R&S Records.