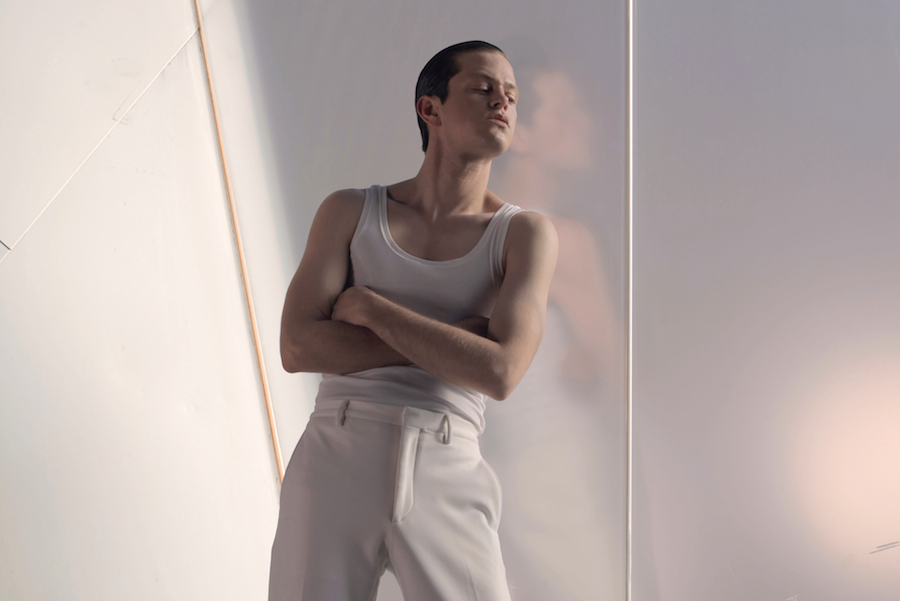 “I felt like I had woken some ancient beast which began to rattle and threaten to rise,” says Mike Hadreas, referring to his third record as Perfume Genius, Too Bright. “[It’s] an underlying rage that has slowly been growing since age 10 and has just begun to bubble up.”

That certainly seems to be the case on “Queen,” a lead single that struts its way across a shimmering backdrop of crystallized keys and caterwauling choruses, staring down the “faces of blank fear” Hadreas sees when he walks by.

“If these fucking people want to give me some power,” he explains, “if they see me as some sea witch with penis tentacles that are always prodding and poking and seeking to convert the Muggles, well, here she comes.”

Helping Hadreas bottle his boldest statement yet is Portishead multi-instrumentalist Adrian Utley, who recorded the effort, and recurring PJ Harvey collaborator John Parrish, who appears on several tracks. According to a press release, it all amounts to “a stunning about-face which brings to mind audacious career-shift albums like Kate Bush’s The Dreaming or Scott Walker’s Tilt, records which walk the tightrope between pure songwriting and overt experimentation.”

Have a listen to “Queen” down below, right alongside tour dates and complete album details, and look out for the rest of the record through Matador on September 23rd…