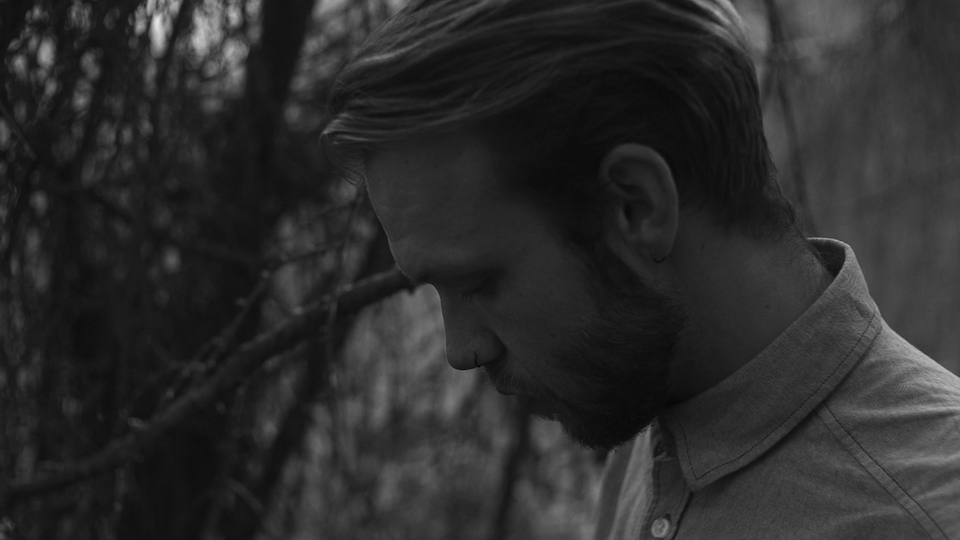 “I have always been in search of something else,” explains Akkord co-founder Liam Blackburn, who now goes by his new experimental alias Ancestral Voices. “That’s what guided me here and to the practices I follow.

He continues, “Just like many people, I am in search of The Truth—who we are, where we come from and how we got here. There are many clues; you just need to look in the right places.”

Ancestral Voices’ debut album—the recently released Night of Visions (Samurai Music Group)—explores the deep end of the human condition more than ever before, prying Blackburn’s third eye wide open like that one Tool song. (You know, the one that samples Bill Hicks and seems to stretch on forever.)

In the following exclusive, Blackburn discusses his new direction in great detail—shamanistic awakenings and all—and shares a mix that slides his own highly atmospheric music up against Tropic of Cancer, Roly Porter, Alva Noto, Anthony Child and more…

Let’s start with how you see Ancestral Voices fitting into—or providing a contrast/counterpoint to—the rest of your catalogue, both as a solo artist and 1/2 of Akkord.
It’s a natural progression of my own interests and musical taste. I got to the point with my Indigo material where I felt I wasn’t the person I was all those years ago when I first started to make music. I’m not the same as I was 10 years ago; I’ve had many experiences and made many changes since then and my tastes have developed into something completely different. I want to grow, take what I learned and put it into something new. I got tired of where I was and what some others’ expectations were of me so I decided to break it all off and start again. I wanted no ties with any scenes or genres and to do my own thing, no restrictions.

The sound of this new project has elements of all of the ones I have previously been involved in but comes together in a more distinct way. No flitting in between different genres or experimenting with various templates. This is the first thing I’ve ever made without striving to fit in or be something I’m not.

Do you feel like Storm was the final chapter in what you wanted to say as Indigo?
I would say so. This direction was already in my mind at the time that came out. I made a club track whilst having a foot in experimentation with this release and felt like I had to make it to get gigs. With that release I felt I had something to prove now that I look back on it. I became angry and frustrated about a lot of things. I was still so unsure then—of myself and the world around me.

You’ve never stuck to one sound entirely; why not keep the Indigo name and simply make a record that took its sound in a more ambient/experimental direction like what you did with Night of Visions? Or even do Ancestral Voices anonymously like Akkord was at first?
There were 24 other Indigo’s at the time I came up with that alias. (I’m number 25.) Now checking Discogs, there are 61. I needed a name that stuck out, was individual, and was easy to find—something that suited me better and tied in with my current life and interests. I desired a completely clean break and to start a fresh. Just a straight up, honest and pure direction which I felt I had to go in. This sound is different, I wanted no ties with previous genres or any expectations from followers of my previous output. I didn’t want to play the anonymous card because I’ve already done it with Akkord. Playing this card can become a cliche in my mind. It depends on the nature of the project, I guess, though it does tend to hold an air of mystery. The sound does this well enough for me.

When did you first come up with the Ancestral Voices name and decide it was what you wanted to focus on as a solo artist?
Around three years ago, when it all started to come together and the album started to form. It felt right to move into it and leave the rest behind as a learning curve and use the lessons as fuel for the future.

Was Night of Visions inspired at all by the more atmospheric and tense sides of Akkord? (Your choice of remixers for HTH035 earlier this year—Vatican Shadow, The Haxan Cloak, etc.—seemed to also share a similar vibe and cinematic sound… in spirit at least.)
Yes, most definitely. Maturing, discovering new music, and being exposed to new directions is so exciting. Seeing a warehouse full of people going crazy to dark, ambient or experimental music is really exhilarating and I never thought this would be possible until it was seen with my own eyes. As Akkord we discovered so much new music whilst we explored the sound and did gigs together in a completely new field. As it developed we started brushing shoulders with these other artists naturally. My sound was always quite dark and atmospheric, so this was just a new ticket to explore that deeper and gain inspiration from the guys you mentioned.

How would you describe your state of mind when making Night of Visions? Were you trying to make a slower, more melancholic album or is it simply what came out as you started working on the project?
I had a sound palette and a vibe I wanted to create. I had no idea how it would progress; it came out pretty quick then I spent a lot of time processing and arranging. This surprised me to be honest as I’d always been way too critical and fussy in the past, which became a downfall or blockage. This was a relief—to break away from ideas or my own conditioning and not to be striving for anything. I naturally like heavy, deep, introspective music—stuff that makes you think and takes you into the mind of that person. This is something I strived for whilst making it, to give people a glimpse into the experience I had and what the whole concept was based on.

What were some non-musical influences on the album and Ancestral Voices in general?
The whole album is a sonic diary of some sort and I go into depth on this in a recent interview I did for Big Up magazine. I had travelled to Peru to take part in some ayahuasca ceremonies so this was a homage to that. I’m inspired deeply by ancient culture and civilization, mysticism, symbolism and ritual.

How about some musical ones that’d surprise people?
I’m heavily into altering consciousness and matter through the use of sound—cymatics, binaural beats and music as a therapeutic tool. Researching different temperaments, tunings, scales and modes is something I’ve studied for many years and I’ll be delving into this a lot more in my future works. It is something I’d encourage anyone else to look into. It’s fascinating.

I spent over two years putting [this album] together with a firm vision and aesthetic in mind. It’s telling a story, something I’d never tried before. The experience was so powerful and fundamental in making the decision to go in this direction.

Would you consider yourself a spiritual person? Asking because some of the voices and melodies on this record sound like they’re in search of a similar form of transcendence or release.
It’s a pretty broad term and means different things to different people I guess. Spiritual to me means living a life with purpose and meaning, striving to understand the deeper aspects of our own psyche, being of service to others development. There’s a lot of misconceptions with the term spiritual and I tend to shy away from that label to be honest. There is a lot of misinformation or idealistic views which is so easy to get caught up in. It can be a trap. I have been caught up in this in the past and started to see things differently whilst being immersed in it.

I an interest with the occult, mysticism and shamanic practices—nature-based rituals and ceremonies honoring the inner and outer worlds. I’m not religious but I’ve always felt that we are spiritual beings having a human experience. Exploring the inner world is something that intrigues me much more than the outer. The physical world we reside in has rules and regulations. These go out the window when you access the unseen ones. These are places that we are just not accustomed to in our culture.

There is nothing more exhilarating than entering the world within. Some may call it visions, some call it daydreaming, thinking, praying. We all have this place to go to, all of the answers rest waiting to be discovered.

What else can we expect from Ancestral Voices and Akkord next year?
No immediate plans, but I’m constantly working on ideas and concepts to see if they stick. I have a few remixes lined up and I’ll see where things take me when the new year starts. I hope to be touring and developing a live show and some installations.