This mix is a journey through all the bits and pieces of the past couple years, when I made two EPs and other pieces of music—a reflection on all these great, pure souls who are fighting for the same love that I have been fighting for myself. So this one is a lot of my own stuff and tracks from close friends or internet friends….

LONELY BOYS – ASLONG
I got to know Lonely Boys via a friend’s recommendation. I am quite fascinated by the way they approach experimental music with vocals inspired by pop songs.

RUI HO – BECOMING IS AN EVENTFUL SITUATION (INTRO)
Opening track of my new EP on Objects Limited. It’s a simple but everlasting ambient piece to start a journey.

FROM TIME + XAO VS II FLORA (DJ CHIENNE VERSION)
This one is an emotional little mashup by DJ Chienne, which is the second alias of French producer and artist Boe Strummer. I really like how the loop is cut into pieces by mechanical drums sounds and baile vocals.

FOLDER UNFINISHED – BLOOMED REMAINS
This one is from a very dear friend of mine from Paris. It’s an ambient-trance beaut featuring some powerful Christina vocals.

YUNG SOFT – FUEGO
Another one from a very close friend of mine, who’s based in Marseille and also the founder of the URL party CARE, where I’ve actually made quite a lot of ‘internet addicted’ friends. Hehe. Another euphoric trance-influenced remix of Daddy Yankee.

ROUGEHOTEL (FEAT. MOESHA13 & GIRATOIRE 30) – L’APOLOGIE DU LOVE
This gem from Geneva’s RougeHotel features one of my favorite vocalists at the moment, Moesha13. It’s just so simple, emotional, and beautiful.

BYRELL THE GREAT x NICKI MINAJ – CUNT-LI BATTLE DUB
This new Byrell The Great remix of Nicki Minaj’s “Chun-Li” sounds very special to me. It’s main loop is simple but mysterious with its marching vogue-house percussion. It’s one of those heartbreak club anthems for me.

GOLIN & BUGA – ふしぎ
Golin is one of the most innovative songwriters and vocalists in the scene right now. We have quite similar backgrounds in a way; we both try to bring out Eastern music influences. This track is one of my favorites from her and Buga, who is an amazing producer. And they are both good friends as well.

RUI HO – SUPERNOVA
My humble attempt at making a Chinese-influenced trance track, whichfits quite nicely here in the mix.

PORTENTO – SOSTENIDO
Portento makes very ephemeral music. This one is especially beautiful. It’s not only ambient; it’s also trying to tell a little story. Doesn’t have a fixed structure, but is one of the most mesmerising sketches.

RUI HO – VICISSITUDES
From my first EP Tales, out on my Shanghai crew’s label Genome 6.66 Mbp. This EP is about confrontations, changes and adjustments. “Vicissitudes” looks back on all that happened and gazes into the future

PARDON – NORD
From French producer Pardon. The bell sounds and melodies are icy and refreshing.

RIZZLA – CHAINSAW
The first single off Rizzla’s new album Adepta on Fade to Mind. This is probably my favorite club track at the moment. When it comes to club bangers, I really enjoy complicated drum patterns and ear-catching hooks. And this track is doing both in a very clever way for me.

DJ RUAN – GRANDIOSE
This one is an unreleased track from my other alias DJ Ruan. It keeps the very Chinese, melodic elements of my music, but is largely inspired by hardcore music and video game sounds.

MY SWORDS – GHOST
A new track from French producer My Swords. Probably one of my favorites from him as well. The hardcore/baile funk drum patterns are stitched together by a beautiful loop; it sounds introverted but full of emotion.

RUI HO – LUSH (SITUATED)
Probably the first ambient track I ever made. One version was featured on Abyss X’s SHXME Support.FM compilation earlier last year, and this one has a chord added to it. I always play it as the last track because it sounds like the ending, but is also the beginning of something new…. 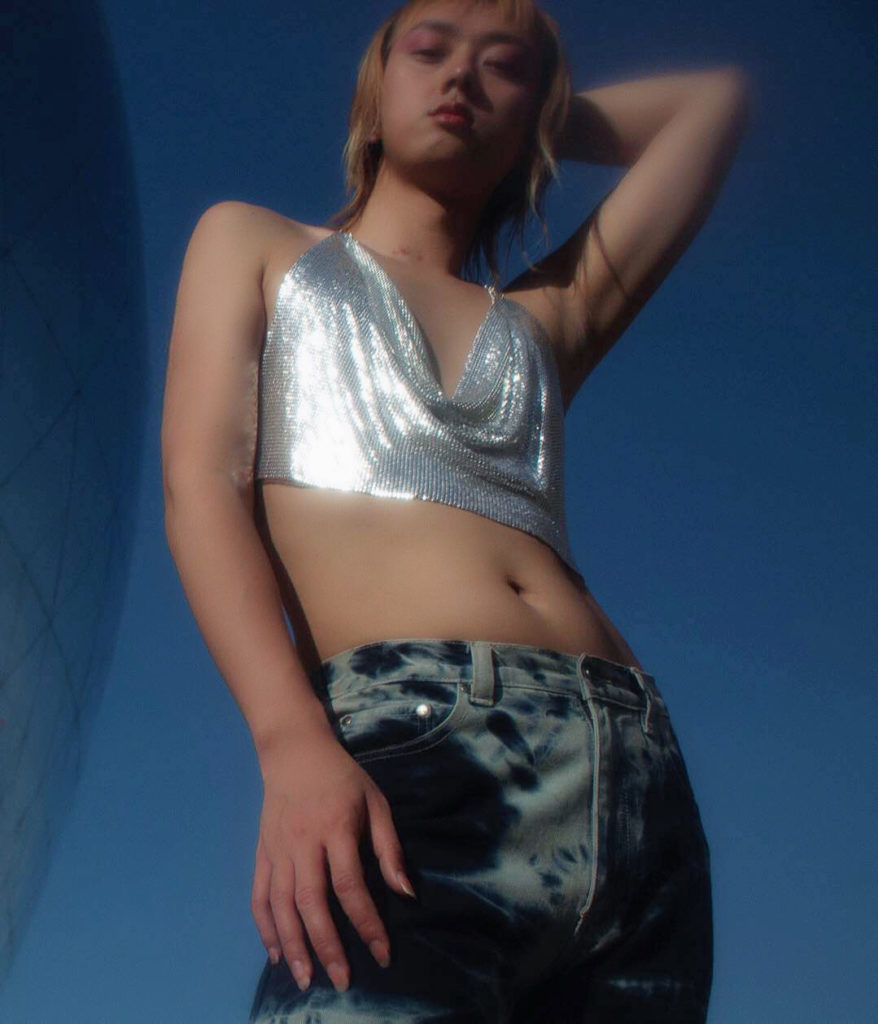