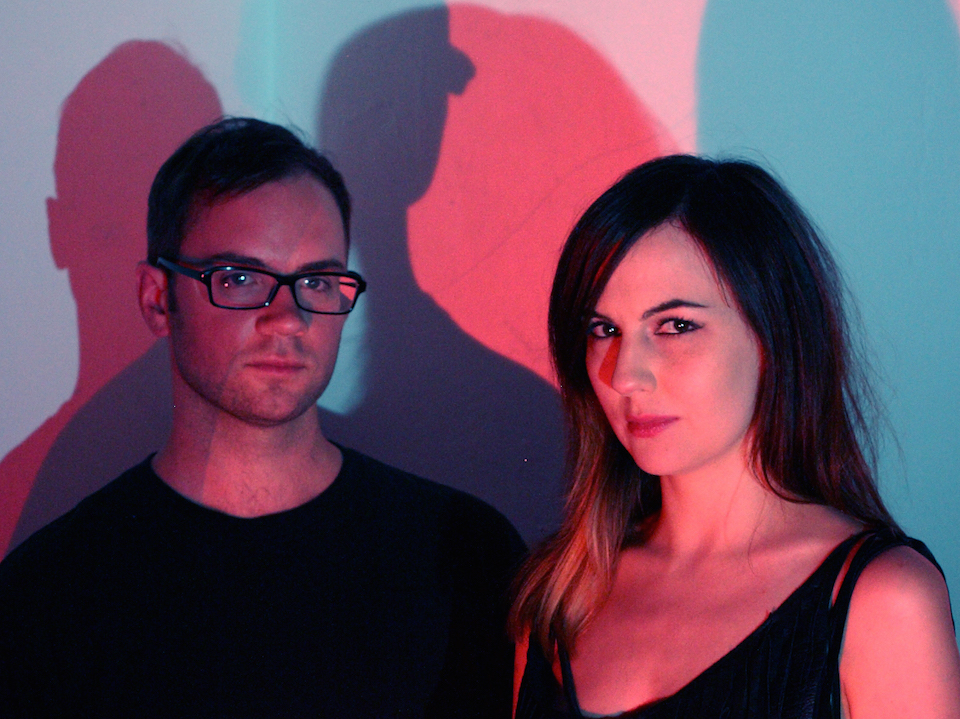 A few weeks ago, we told you about Soft Metals’ debut EP (The Cold World Melts), “a perfectly mastered slab of white vinyl that sounds like Glass Candy:if they shed their slo-mo disco skin and decided to go for our collective jugular on the dancefloor.”

Said record has quickly become one of our favorite extended players of the year–five tracks that could have easily crept into Mute’s early catalog. Since the Portland-based duo is about to invade New York for a series of live/DJ appearances–including Wierd‘s weekly party at Home Sweet Home tonight and Bruar Falls on Friday–we asked singer/multi-instrumentalist Patricia Hall to pass a Needle Exchange mix this way.

In a rare move, she actually tracked her hour-long mix live, reminding us of what it means to actually blend records properly. Beyond that, Hall also was nice enough to share a soon-to-be-released Chromatics cut and a recent HEALTH remix that didn’t quite make it onto the band’s recent Disco2 compilation. See you near the smoke machine tonight…

Chromatics, “Accelerator”
My DJ mix is all over the place, but it demonstrates the kind of music that we love and get inspired by. A little bird told me that there will be lots of exciting new releases coming from the Italians Do It Better bands in a few weeks. I couldn’t be more excited to hear what Glass Candy, Chromatics, and the rest of the Italians Do It Better gang have been cooking up lately. The Chromatics song on this mix is a tiny peek into what is to come.

Lindstrøm, “Limitations”
This Lindstrøm song seemed like a nice place to flow into from Chromatics’ cinematic slow-disco song. I am totally in love with all the songs on It’s a Feedelity Affair.  There is so much detail that went into recording all of those songs–so many little Easter eggs to find. His compositions are so emotional, subtle, unpredictable, and playful. I can’t get enough!

Cosmetics, “The Cries”
This Cosmetics song is so dark and sexy. Aja [Emma’s] lyrics and voice are cold and bizarre. She makes me daydream about a pleasure robot who’s slowly, but awkwardly, beginning to understand what human emotion and pain feels like. She sings about having “the cries” in a way that sounds sexually excited just to feel something at all and be more human.

The Hundred In the Hands, “Dressed In Dresden (Kyle M.F. Halll Remix)”
The Kyle MF Hall remix of the Hundred In The Hands is so dreamy and beautiful. Eleanore [Everdell] has such a beautiful voice and we love how it was weaved in this deep house track. We’ve recently started dabbling in remixes ourselves, so it’s cool to see how far you can take that medium creatively.

Cold Cave, “Life Magazine (Optimo Espacio Remix)”
Our favorite DJs in the world are the Optimo DJs, JD Twitch and J.G. Wilkes. It’s a great pleasure to hear and dance to their live mixing. They’re terrific at remixing songs we love, too. “Life Magazine” by Cold Cave was already fun to dance to, but the Optimo Remix makes it an epic dance floor choon you’ll definitely spill your whole drink dancing and singing along to.

Reporter, “Click Shaw (Runaway Mix)”
Our Portland pals Reporter just released a beautiful 2xLP (Time Incredible) and “Click Shaw” is one of my favorite tracks on the record. Runaway did a really awesome job integrating the original instrumentation and vocals into something totally fresh and funky for the dance floor. It sparkles and is clever as hell.

Ellen Allien, “The Brain Is Lost”
This Ellen Allien track has been around for like five years or so, but it’s so good. I love those 808 hand claps, rim shots, and discordant, noisy synths. That bass line is so dirty and infectious. Her voice is so sexy and cold. You just want to give yourself up to the music on a dark, dark dance floor.

A Number of Names, “Shari Vari”
It was totally random that I put A Number of Names’ “Sharevari” on next, but goddamn it’s such an awesome, classic track. This is a song that gives you permission to be an absolute freak on the dance floor.

Kraftwerk, “Home Computer (Todd Terje Remix)”
People go wild for the classics and no one can resist Kraftwerk. Todd Terje’s edits are so good. His use of delay and drum fills make everything sound so much cooler!

Soft Metals, “Hot On the Heels Of Love”
The last song is our cover of on “Hot on the Heels of Love” by Throbbing Gristle. We adore everything that Chris Carter and Cosey Fanni Tutti got involved in. To me, this song is about being so completely smitten with someone that it takes you over like hypnosis or a fever. This is pretty much the way I was feeling about Ian when we recorded this song. We were just us improvising together and feeling so excited about each other. We were new to working together as musicians then, too, so there was so much electricity and passion in the studio that day. I hope the listener can get a bit of charge from that.

Previous DOWNLOAD THIS NOW: The Bug, “Skeng (Autechre Dub)”
Next RECORDING UNDER THE INFLUENCE: How To Dress Well