RECORDING UNDER THE INFLUENCE: How To Dress Well 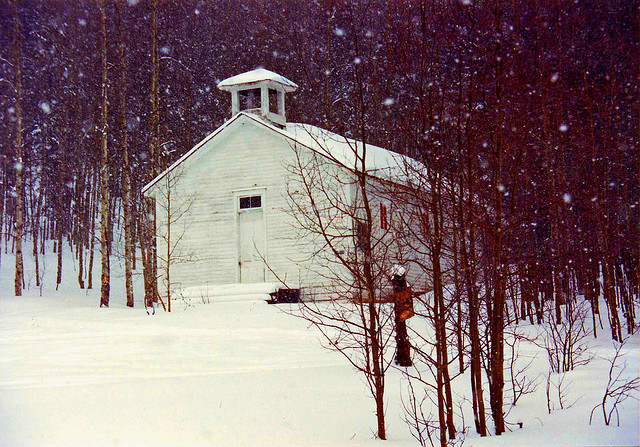 Recording Under the Influence is a recurring self-titled feature where we ask artists to ignore their musical inspirations for a minute and share what really went into the making of a particular record. While he’s received a hefty blog push in the past year, How To Dress Well has been notoriously shy thus far (the above photo is his only ‘press shot’), so we were quite happy to hear about what drives his swampy R&B tunes–now available in long player form as Love Remains, an alternate universe where Justin Timberlake is trapped in a mausoleum and R Kelly is a phantasmagorical figment of our imagination.

By the way, the triangles marking each influence were put there by Tom Krell himself. We left ’em in because they seem oddly appropriate.

âˆ†âˆ†âˆ† Stellet Licht
This movie is so motherfucking beautiful and so unspeakably sad. Carlos Reygadas is a Mexican director. This film is about a group of weirdo dutch Mennonites in Mexico who speak this crazy ass ‘low German’ language. The plot is simple: dude has crisis of faith cuz he falls in love with another woman. However, the acting is SOOOOO amazing. (All the actors are non-professionals, and the kids are unreal.) And the cinematography, as this clip shows, is fucking off the chain–the pacing functions to set up a situation where every little event or change in the image bears insane emotional weight. It’s so good; everyone HAS GOT to see this thing!!!!

âˆ†âˆ†âˆ† Perfecting of a Love
This story is soooooo beautiful and so deeply stirring. Robert Musil is the shit–all the stories in this volume (Five Women) are beautiful and poetical and brutal. Not unlike Stellet Licht, this story captures, as Musil says, the “horribly gaping contingency of all one does” with beautiful patience.

âˆ†âˆ†âˆ† Noise/Music: A History, By Paul Hegarty
this is a really cool genealogy of contemporary noise — paul hegarty is a smart ass dude, whose work on bataille is also dope — i’d love to meet him.

âˆ†âˆ†âˆ† My Best Friend
I recently lost my best friend totally unexpectedly. So heartbreaking, so fucking hard. I love him immensely and would give anything for him to be here for the release of the record. I thank him really sincerely in the liner notes of Love Remains–he never got to see it….This whole thing is dedicated to him, seriously. RIP my dude. I love you.