NE049: An Exclusive DJ Nobody Mix 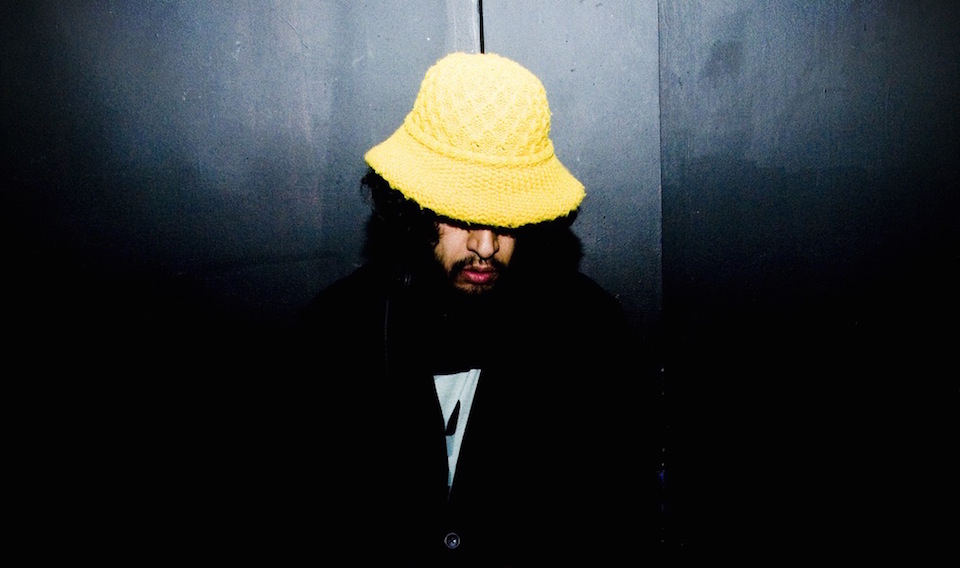 Since dropping his decade-old Nobody debut Soulmates, Elvin Estela’s covered the Flaming Lips (“What Is the Light?”), toyed with Auto Tune (One For All Without Hesitation) and severely stoned pop soundscapes (Blank Blue), and collaborated with everyone from Prefuse 73 to members of Mars Volta and Beachwood Sparks. The producer’s long-running streak as one of L.A.’s most unpredictable knob-twiddlers continues this week with the trunk-thumping beats of Bomb Zombies, a Nocando-backed riff on mainstream rap that was described by the L.A. Times as “the beat scene’s version of a 2 Live Crew record.” That pretty much nails it.

In the following self-titled exclusive, the Low End Theory resident reminds us what a real DJ mix sounds like, as he blends Four Tet with Drake and brings in bits of Odd Future, Yelawolf, 2562, Jon Hopkins, and more. Bomb Zombies’ Sincerely Yours EP drops today on Alpha Pup’s Hellfyre Club imprint and will be toasted at Low End Theory tomorrow.

BOMB ZOMBIES – SINCERELY YOURS (MEXICANS WITH GUNS REMIX)
Mexicans With Guns is one Ernest Gonzales of San Antonio, TX. This is his killer remix of our title track. Check his releases on Innovative Leisure and Friends of Friends.

SALVA – BLUE
Paul Salva hails from San Francisco and this banger comes from his latest release, Complex Housing, on Friends of Friends.

UNIQUE 3 – TAKE THIS LOVE (MILANESE REMIX)
UK dubstep producer Steven Milanese’s version of Unique 3’s club joint. Milanese is a staple in my sets at Low End Theory as his bass is always on point!

THREE 6 MAFIA – (FEEL IT) JON WANYE REMIX
Jon Wayne is a 20-year-old beat sensation with over 700 beats to his name already. He is no slouch on the mic either and future releases on Stones Throw are on the horizon. This is his remix of a Three 6 classic!

LORN – CHERRY MOON (VERSION 2)
Lorn is a Low End Theory favorite.  His album Nothing Else on L.A.’s Brainfeeder label is one of the best beat releases of the year.

KIDKANEVIL – MEGA JOY (TOKi MONSTA UNSOUND BLISS REMIX)
TOKiMONSTA is one Jennifer Lee, who is the queen of the L.A. beat scene. Her latest album, Midnight Menu, was released this past year on Japanese label Art Union. This is her remix of Kidkanevil’s “Mega Joy” from his Basho Basho remix LP.

2562 – LOVE IN OUTER SPACE
2562 is Dave Huismans from the Netherlands. This broken jam is taken from his 2009 album Unbalance on Tectonic.

ESKMO – WE HAVE INVISIBLE FRIENDS
Brendan Angelides is a San Francisco-based electronic music producer who records and performs live as Eskmo. Already a Low End favorite, this song comes from his Hypercolor EP.  He recently dropped a self-titled full length on Ninja Tune.

THE XX – ISLANDS (NOSAJ THING REMIX)
Nosaj is Jason Chung and this is his bad ass remix of the xx.  His album Drift on Alpha Pup is already a classic beat record of the highest caliber.

MONO/POLY – LAND OF LOVE STAR GRAB
Mono/Poly is one Charles Dickerson who released an amazing album called Paramatma this year. His upcoming EP on Brainfeeder is already on my top 10 for 2011. Look out for unbelievable “Needs Deodorant” on that EP.

TYLER THE CREATOR, DOMO GENESIS & HODGY BEATS – UP
OFWGFTA kill this amazing instrumental, previously home for Wiz Khalifa’s “Up.” Their hazy delivery suits this beat so well that I don’t even need to hear the original.

USHER FEAT. NICKI MINAJ – LITTLE FREAK INSTRUMENTAL
One of my favorite beats of the year by Rich Boy Drop’s creator Polow the Don.

BOMB ZOMBIES – WEDNESDAY
Last song on our Sincerely Yours EP and the last song on this mix! Nocando and I wax poetic about ladies we used to see at Low End Theory that have vanished on us. Check out the rest of the EP!