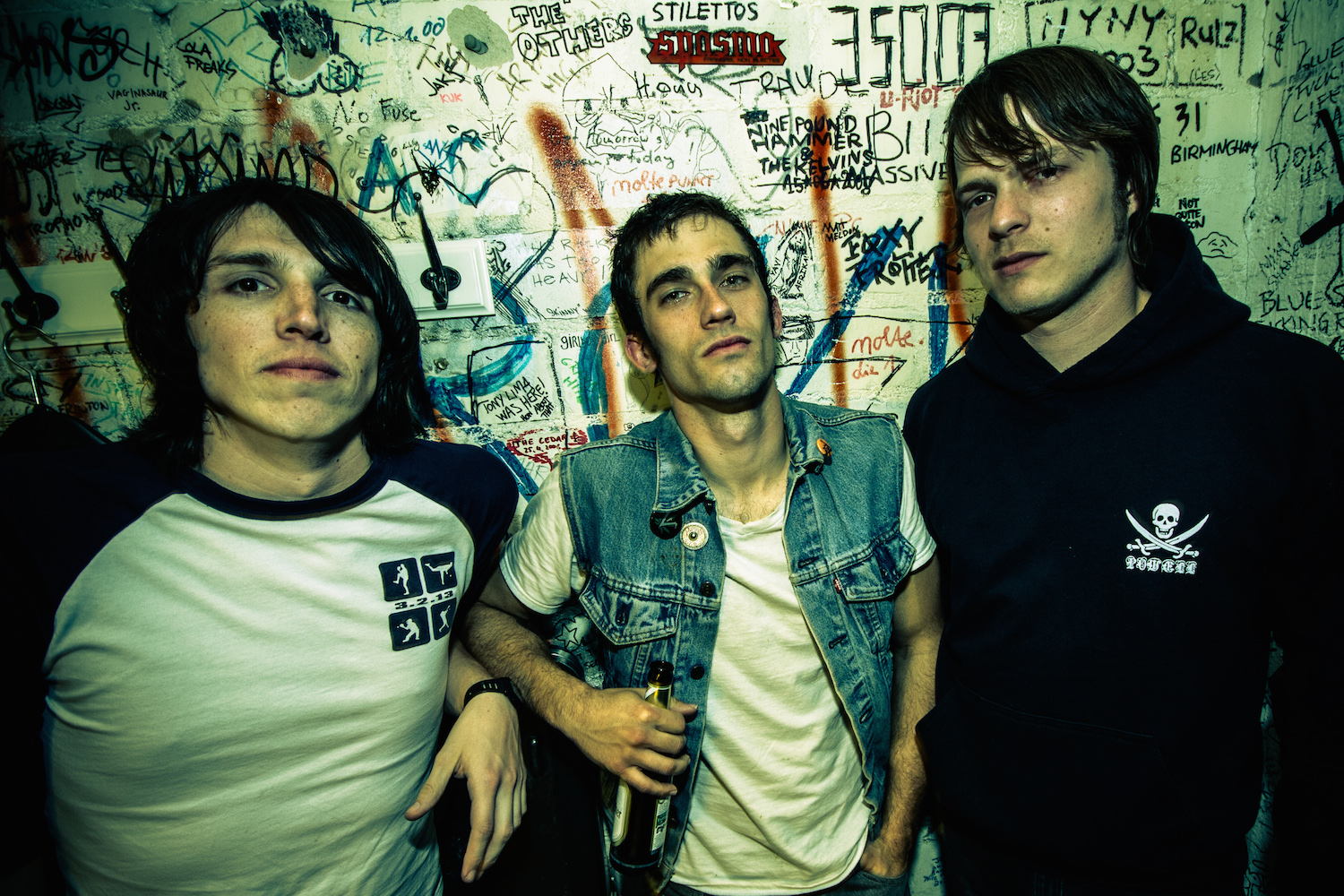 Words and Mix by Orville Neeley of Bad Sports

I would listen to the following nine songs at least 10 times in a row, and I will! So can you…

Kicking things off right, or should I say ‘shaking’? DUH. The Skunks, one of the original Texas punk bands from the late ’70s, have a handful of downright pummeling rock and roll numbers. Soon after (three or four years), they went the way of most bands—softened sound, breakups, reunions. Things change, but this song rips. Whether getting ready to party or gearing up for a fight, even on your way to work, it’ll pump you up. Come on! Don’t tell me you don’t like it either! It’s a fun poke, if you know what I mean. This song is about sex. You like sex.

Pantherman‘s ode to himself is one of the most bizarre glam songs I’ve been introduced to of late. He knew exactly what he was doing and it was weird. Pantherman had some balls to wear the outfit. Nederlander one-man-band Pantherman didn’t last long, but he clawed out some catchy rockin tunes in a brief period of insanity and decadence…for him at least. “I’m gonna bite you!”

So many of my most loved clothing items get ruined, lost or stolen. I treasured my spray painted, weed leaf covered Predator T-shirt. I miss it. This song makes me feel how I did when I realized it was gone. Short and to the point. “I smash my record player/I punch my bedroom mirror when I think of you.” Let it be known if I ever find out who stole my Predator shirt, you will be smashed! Luckily still got the records and tapes I bought from these guys. Best current Atlanta punk band!

Hahaha, that’s sum fun! The next song in the cue was introduced to me by my friend Timmy from Detroit on one of several mixes he made for me on our last visit to the D. Figured I should pass this on, except you’re not asleep on the couch while I make a pile of CD-Rs with drawings and lots of Berlin Brats on em. I give you one! This song is the flipside to their only single, “Tropically Hot,” which coincidentally Timmy covered with one of his old bands and was included on another mix CD that my buddy Sean gave me eight months ago with no liner notes, no song titles or band names. I was just enjoying these tunes without knowing who I was listening to a lot of times. Nobody sounds like these guys. NOBODY. I know what you’ll say when you hear it, New York Dolls, Stones, blah blah blah. NO. The groove on this song is impenetrable. The lyrics kinda don’t make sense or are otherwise unintelligible, but my favorite line is “your head will certainly service my state.” Rick Wilder might not actually be singing those words, but I hear ’em. Favorite opening guitar line I’ve heard in a long time. Tasty trash!

Sure, there are probably lots of songs called “I’m Your Man.” Daniel wrote a song for one of our old bands by the same name. It’s an easy title, right? Whereas his song probably had something to do with his girlfriend or how he’s generally reliable, Richard Hell‘s version connotes a drug dealer of sorts. I mean, it could be about how he’s telling his woman to trust him or whatever, but if you know anything about Hell’s history…give me a break. Subject matter aside, I really like the melodies in this song. It’s hypnotic and it pulls at my heart strings. Why it was excluded from the original Blank Generation LP is beyond me.

With this next track, we turn the mix over on its head and strangle it. Bobby Soxx was a real-life demon, vulture, genius and all around good guy from what I’ve heard. “Scavenger of Death” is a punk classic which he performed with both the Teenage Queers and Stickmen With Rayguns. Plus, it makes more sense for us to choose this over “Learn to Hate in the ’80s” simply because we were all born in the ’80s and narrowly had time to learn anything. THIS IS PUNK at is finest/worst. You decide. If you don’t like it, you can get the fuck out. Bobby’s signature, comical growl is ever-present on this track. Repetitive riff and enough evil rotting stinking goo to turn any mother into Andrea Yates. Once again, TEXAS.

Holy shit, Trio! Forget “Da, da, da.” Get back to the Trio that counts! The overall theme of every bilingual Trio song is heartache. “Kummer” is no different content-wise, but musically it’s a little weirder than most of their stuff. However badly these guys fucked up their relationships, it proved veritable god fodder for their songwriting.

I feel like I’m dying and living to the fullest simultaneously when I hear this song. Big Star just has that effect on people across the board. It’s dark and beautiful. Sounds happy, but that’s just a smile to cover an awful pain I scarcely know from whence it came. It’s pop, it’s rock ‘n’ roll, it’s over the top but it is rooted deep in the earth beneath our feet.  “Feel” is one of the best first-album opening tracks ever. Fun to play on guitar too.

Flamin Groovies, like all of these bands and songs mentioned, are one of those bands that I wish I had known since I was a little kid instead of finding out at 22 what I was missing for so long. Everybody acquainted with the Groovies has probably heard “Shake Some Action” or “Teenage Head”, but you gotta dig on these guys. Single worthy songs, they may have had, yes (although their record labels rarely provided on that end), but this song closes the first side of Teenage Head. It ties up the side on a melancholy note. Not a horrible downer, but deceptive in a pleading sort of way, questioning. Looking for companionship, understanding, can you relate? “Have you ever been alone so long you couldn’t cry?” “Yesterday’s Numbers” has made me cry on several occasions without warning because I felt damn lonely with a song as my friend to comfort me. Oh, lord. Played it over and over ’til I felt a little better. After that first twenty spins in an hour this song has been high on my list of Groovies grooves. “Slow Death” being maybe a notch above since I’ll usually take the burning rockers over the slower, sadder tunes, but hey just trying to show you something we like, right?