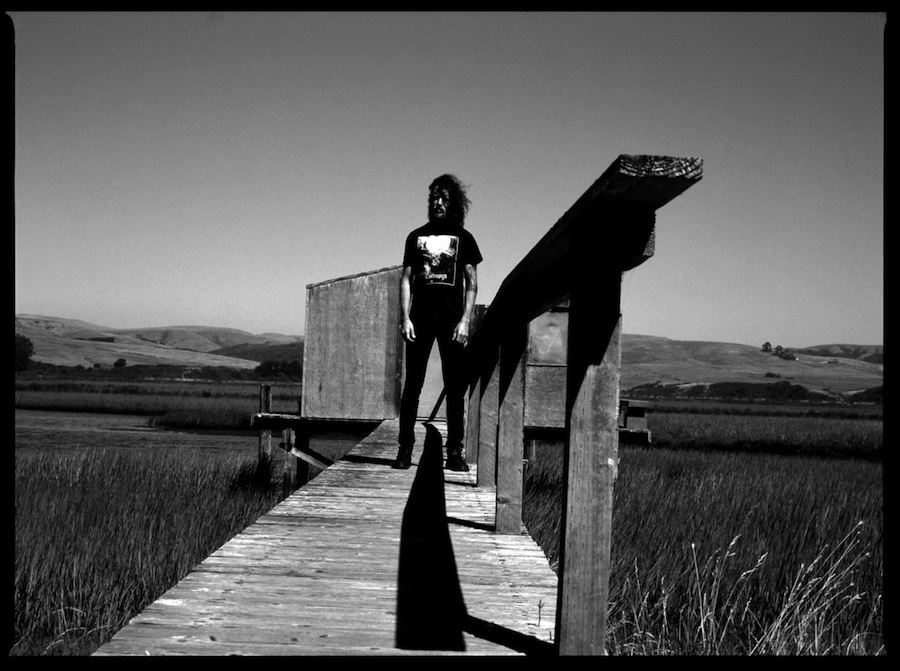 Here’s a short list of the projects Aaron Turner has on tap this year: a new Jodis album with 1/2 of Khanate; LPs that pair Mamiffer with Daniel Menche, Circle, and Locrian; co-signed releases from SIGE Records; and a “secret record coming out in the spring that will likely be the ‘biggest’ of the bunch.”

So yeah, ISIS’ 2010 split suddenly makes a lot of sense. As does the recent release of Turner’s first solo record in nearly a decade: House of Low Culture’s Poisoned Soil LP, a highly experimental listen that’s explored in an exclusive mixtape below…

I’ve put together a selection of tracks that not only represent some of my favorite artists, but also share aesthetic qualities that relate to what I’ve done in House of Low Culture. Some of these things have been direct influences on my music; others just embody some sort of atmosphere or feeling that I find really appealing and seems connected to the same stream that I draw from with HOLC.–Aaron Turner

1. Bulgarian Women’s Choir, “Pilentze Pee”
This was the first choral music I heard that I really felt moved by. The intensity of emotion in the voices and the unusual intervals between them still gets me every time I listen to it. It’s hard to do anything else but listen when this is playing. Partially because of my exposure to the Bulgarian Women’s Choir, choral vocals have become a bigger and bigger focus for me in recent years, especially so on the last HOLC album.

2. Der Blutharsch, “Untitled” (from The Track of the Hunted)
I love how the line between what are original elements and what is from borrowed sources in Der Blutharsch’s music is completely blurred. This in some way reminds me of being in a transitional state between sleep and awake where it’s hard to tell what’s actually real. That kind of transcendence is one of the best things I could hope to get out of music–someone else’s or my own.

3. Wold “Auld Tree”
For something so grating, I find Wold extremely listenable. I also love the combination of textural noise elements mixed with the feeling of really harsh metal music. The precarious balance between song and chaos that Wold does so well, is also something I’ve aimed for in making music of my own.

4. Dead Fader, “Mud-“
Fractured rhythms and completely blown out sounds, this is exactly what I like to hear from beat-oriented music. Part of the lineage of Techno Animal, the Bug, etc., but with a fresh take on this style for sure. The feeling of disorientation mixed with exciting propulsion makes for good feelings from darkness.

5. Cloama + Bluteuchte, “Passage of Possessed Grove”
This is one of those records that is still shrouded in mystery for me. I don’t remember when I got it, and I’ve never heard anything from them since. The mystery exists in the music as well, which is exactly what I find so interesting about this. I can never get to the bottom of this record–it always seems just out of reach, but I feel the need to follow the sounds down the rabbit hole nonetheless.

6. This Heat, “The Fall of Saigon”
Another group that blurs the lines between structure and free space in their music on a regular basis. To say they were ahead of their time is also an understatement–this whole album from 1978 is singular from start to finish. The feeling of creepiness and subtle grief in this song goes deep.

7. Richard Skelton, “Of the Last Generation”
Some of the most sad and beautiful music ever. Heart piercing.

8. Les Joyaux De la Princesse, “Marche des Croix de Sang”
Another mystery record that found its way to me at some point along the way. I love that I know so little about what it is–there’s a dearth of mystery in music these days that I really miss. This brings that feeling back for me, along with an inspiring if somewhat clouded majesty. I don’t know what this guy is shouting about, but hopefully nothing politically questionable.

9. Bohren & Der Club of Gore, “Staub”
This will never get old for me. I could listen to Bohren forever. Though I enjoy how stark and bleak some of their other records are, the beauty at the heart of this one is amazing, dark though it is. Perfect music.

10. Circle, “MetsÃ¤n Henget”
Circle’s love of life is so readily apparent in their music, it’s amazing. They clearly take great pleasure in what the do, and cover so much ground with zero inhibition. It’s hard to pick one track from them, but this is as good as any. The right amount of organized musical thoughts let loose in an infinite playground. The feeling of joy I get from hearing (and especially seeing) them is what made me want to play music in the first place.