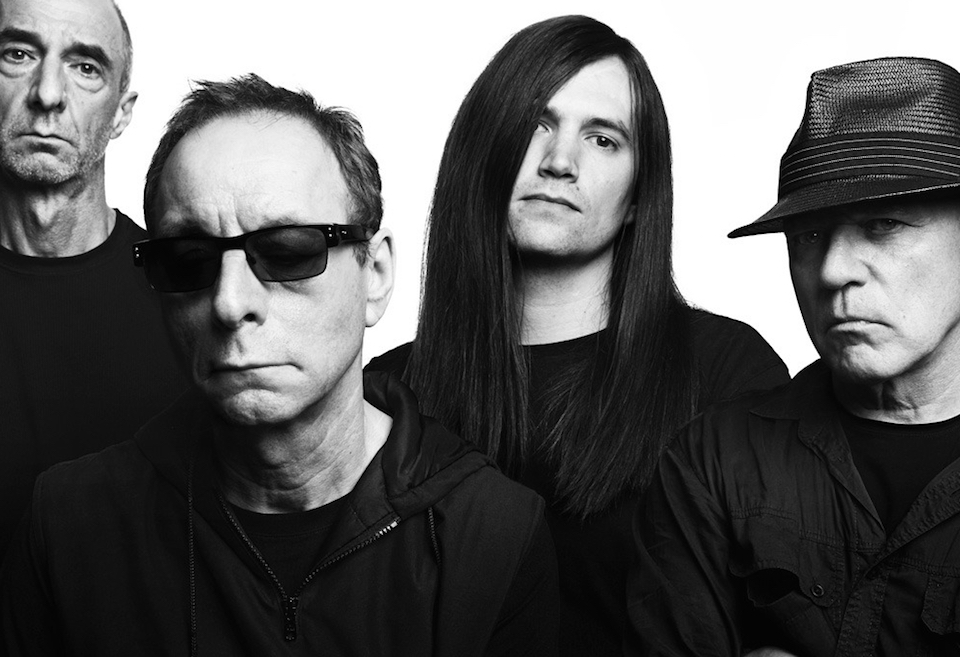 I don’t get to DJ very often but when I do I always play music that you can dance to. Granted, it might be different kinds of dancing, and very different styles, but for dancing nonetheless. This is a precis of the last DJ set I played (about three weeks ago). This should work as a set with good timing and a few judicious cross fades.

1. Virgin Prunes, “Baby Turns Blue (CN Remix)”
I have no rule about not playing my own stuff when I DJ, but I don’t play much of it. I was asked to do a remix of this track (which I originally produced) a few years back and tried to make something that was worthy of the remix name (i.e. playable out). It’s an update of the original 12” version which was done back in the day and doesn’t really drive the way this one does.

2. The Rapture, “Sister Saviour (DFA Dub)”
I met the Rapture at a festival last year–nice guys. Like all great remixes, this takes the original’s infectious groove and quadruples it. It makes me smile every time I hear it!

3. Gina X Performance, “No G.D.M.”
This is a pioneering electronic track originally from 1979. It’s got the gay disco chic of Imagination, plus the Teutonic atonality of Gina X’s vocal. It works well if you speed it up a bit.

4. Gingy & Bordello, “Body Acid (Original Mix)”
Gingy & Bordello are from Toronto. This came out at the back end of last year and is a great slice of unashamed acid techno, BUT somehow totally contemporary! Like all things that sound great on a dance floor it’s really simple yet driving plus there’s a great “deep” (as in deep house) mix on the record too.

5. Celluloide, “People Like Me”
No it’s not Depeche Mode! It’s a French synth pop band called Celluloide, and this dates from around 2006.
Of course it owes a lot to the Mode but actually succeeds in packaging all that early Mode pop innocence into a slinky French package and is super catchy!

6. Antelope, “Reflector”
I first heard this track when a DJ at a bar after a Wire show in Dresden played it. I discovered it was on Discord and got the lowdown on the band from Ian MacKaye, as I really wanted to put them on at a festival I was curating in Calgary in 2009. As it was, the band no longer existed. Pity, this track (dating from 2007) is just really hypnotic.

7. Neu!, “Hallogallo”
Yes, really! It works well after the Antelope if you come in part way through the track and it comes off as a flashback echo from the preceding track. This is, of course, the pure essence of Krautrock; don’t let anyone tell you Krautock is about German hippies with synthesizers. It’s about the beat!

8. Lesbians On Ecstasy, “Tell Me Does She Love the Bass (Sean Kosa Remix)”
You want bass?? You want driving distorted bass with a thumping rhythm?? Check this! It always sounds great out! Google them and you’ll get the history.

9. Factory Floor, “Two Different Ways”
Malka [Spigel] and I have known this lot from their very early days, before Nik [Void] was even in the band. (Although we’ve known Nik longer.) FF are important in many different ways, but not least for the fact that they have an extremely healthy and growing live following while remaining unsigned. They are turning the music industry on its head! They can also rock a dance floor!

10. Ladytron, “Blue Jeans”
You have to love Ladytron. They’ve carved out their own own pop aesthetic while never really compromising on what they are. I’ve met Mira a few times and she told me she used to DJ in her own “I an the fly” t-shirt.

11. Minimal Compact, “Dedicated”
I always finish with a classic, and “Dedicated” is a true classic. (Five thousand Israelis will attest to it!) I played it live with them back in January of this year. Minimal Compact is nowadays like a desert flower–dead and dormant for years but then springing into vivid color when the right conditions happen! Check out Malka’s video to this and also her new album when it comes out. (It’s almost finished.)