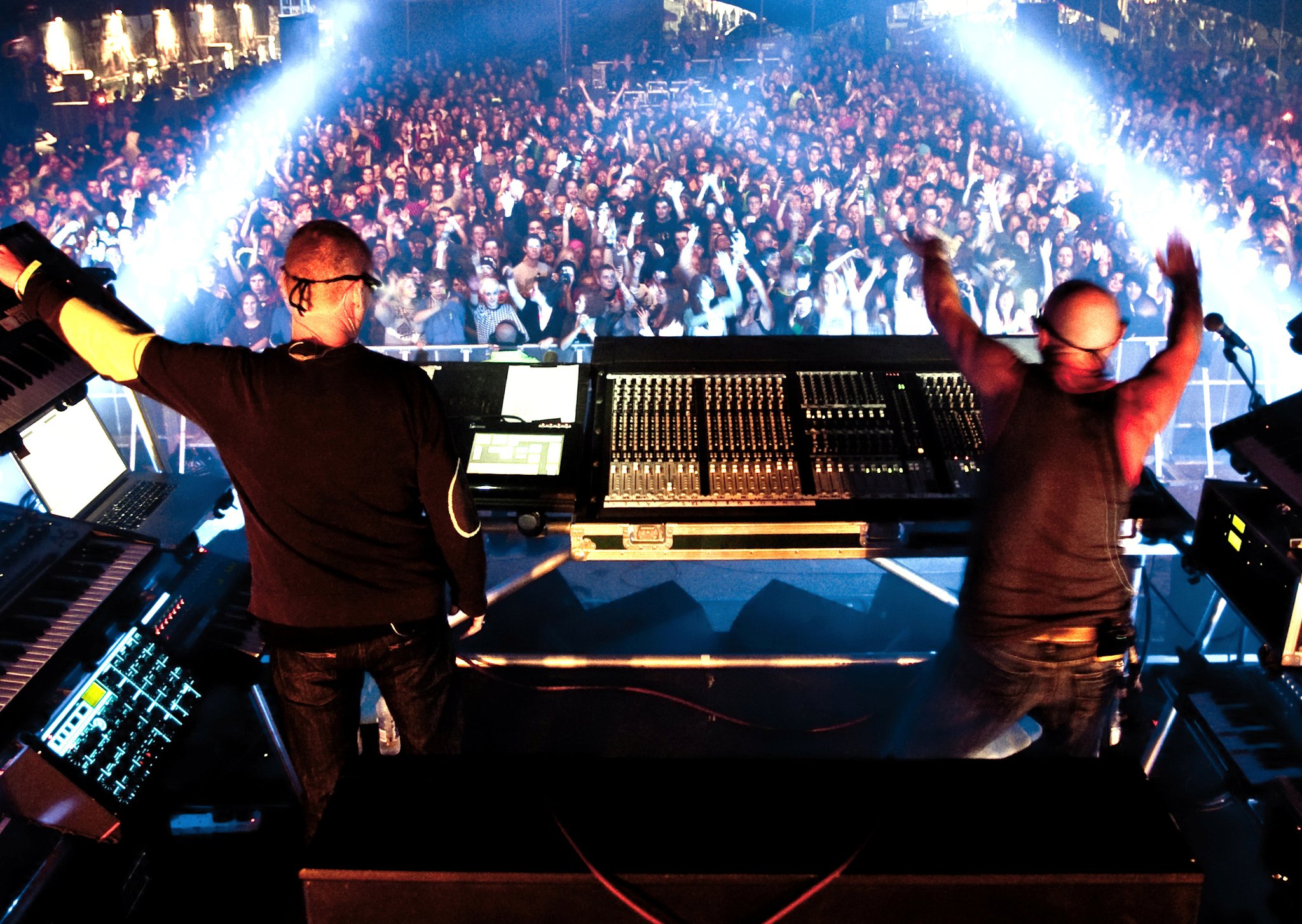 One of the first summer festivals I happily survived–Woodstock ’99 notwithstanding, as that’s another story for another day–wasn’t the cooler, Jim Rose Circus era of Lollapalooza. It was the one that touched down in 1997, essentially putting a nail in the coffin of Perry Farrell’s Alternative Nation address for the next six years with a mission statement-straying lineup that dropped KoRn, Tool, and Snoop Dogg on the same bill as Beck, Tricky, and James. (Remember James?)

One other strange byproduct of Lollapalooza ’97 was the way Farrell struggled to capture his newfound love of dance music with such emerging ‘electronica’ artists as the Prodigy, the Orb, and a DJ tent the Jane’s Addiction frontman often spun in himself. Not to mention Orbital, the ambient techno icons who introduced me to the inherent power of dance music by descending upon Buffalo’s outdoor amphitheater with gleaming mad scientist goggles and the good sense to expertly blend rave classics like “Chime,” “The Box,” and the surprisingly thrashy “Satan Live,” which they’d later re-record with Metallica guitarist Kirk Hammett.

My friends didn’t want to stay to see even a second of Orbital. Having already moshed their way through KoRn and Tool, they were ready to hit the highway and get our older friend to buy us a case of Labatt Blue. Yet somehow I convinced them to give it a shot, having been inspired myself by a Spin story that proclaimed the importance of our generation’s ‘EDM’ more than a decade before Skrillex dropped his metalcore routine for a laptop and Ablteton Live. They were tentative at first–this was suburban Buffalo after all, not Detroit or Chicago–but I’ll never forget the smiles that broke out a couple songs in and the way the sensory overload set seemed to pull us toward the stage better than “Blind” or “Stinkfist” ever could.

With that in mind, I’m proud to present our hundredth Needle Exchange: Orbital…

Here is our exclusive Needle Exchange mix. We have selected tracks from our current DJ set and our new album Wonky, peppered with some of our favorites from the ’80s,’90s and ’00s.It was great fun putting it together and an honur being involved with the Needle Exchange project.