Nothing Ready Guilty of Everything Repressing For LGBT Pride Month 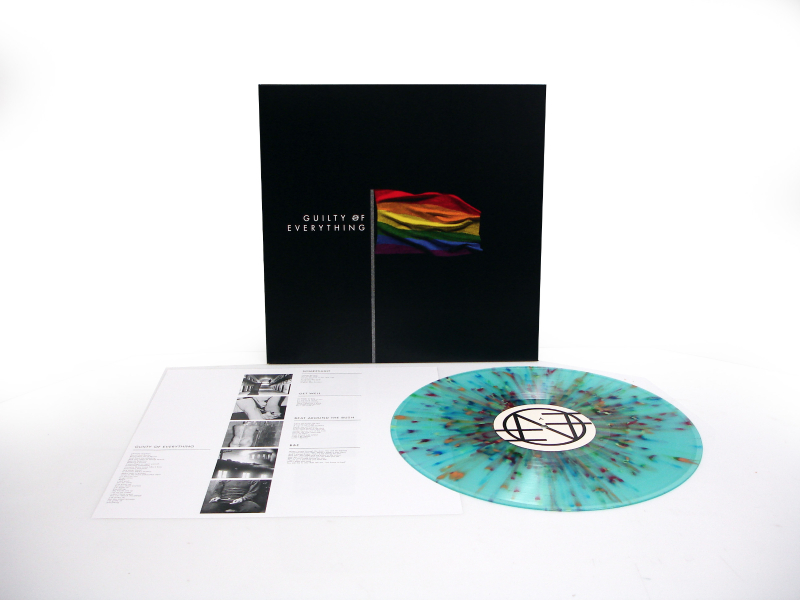 Nothing have confirmed the fifth pressing of their breakthrough album Guilty of Everything, a special LGBT Pride Month edition featuring alternate cover art (a rainbow flag in place of the original black and white one) and limited splatter color vinyl. A portion of the proceeds from the June 2nd release will be donated to the non-profit organizations It Gets Better Project and New Alternatives. Here’s what frontman Nicky Palermo had to say about it:

We had just finished the fourth pressing of GOE on pink vinyl in collaboration with Insound/Gilda’s Club NYC to support the fight against breast cancer. We were able to donate a portion of the sale and I thought that was a really great idea.

Relapse and myself discussed options for the fifth pressing when we noticed the release date would end up falling in the middle of LGBT pride month, so we searched for a suitable non profit that we could do the same.

We decided to split the proceeds among two charities and decided upon the It Gets Better Project and New Alternatives. It Get’s Better focus on the lesbian, gay, bisexual, and trans youth’s struggle of growing up in a society where many do not understand them and in many cases turn to tormenting and torture. In that they show these teens that there is a bright side coming and that they are far from alone. New Alternatives provide support services for homeless LGBT youth.

Nothing have a couple upcoming shows with Merchandise and Cloakroom. Check out the dates and details below, and our feature on the shoegaze revivalists here.