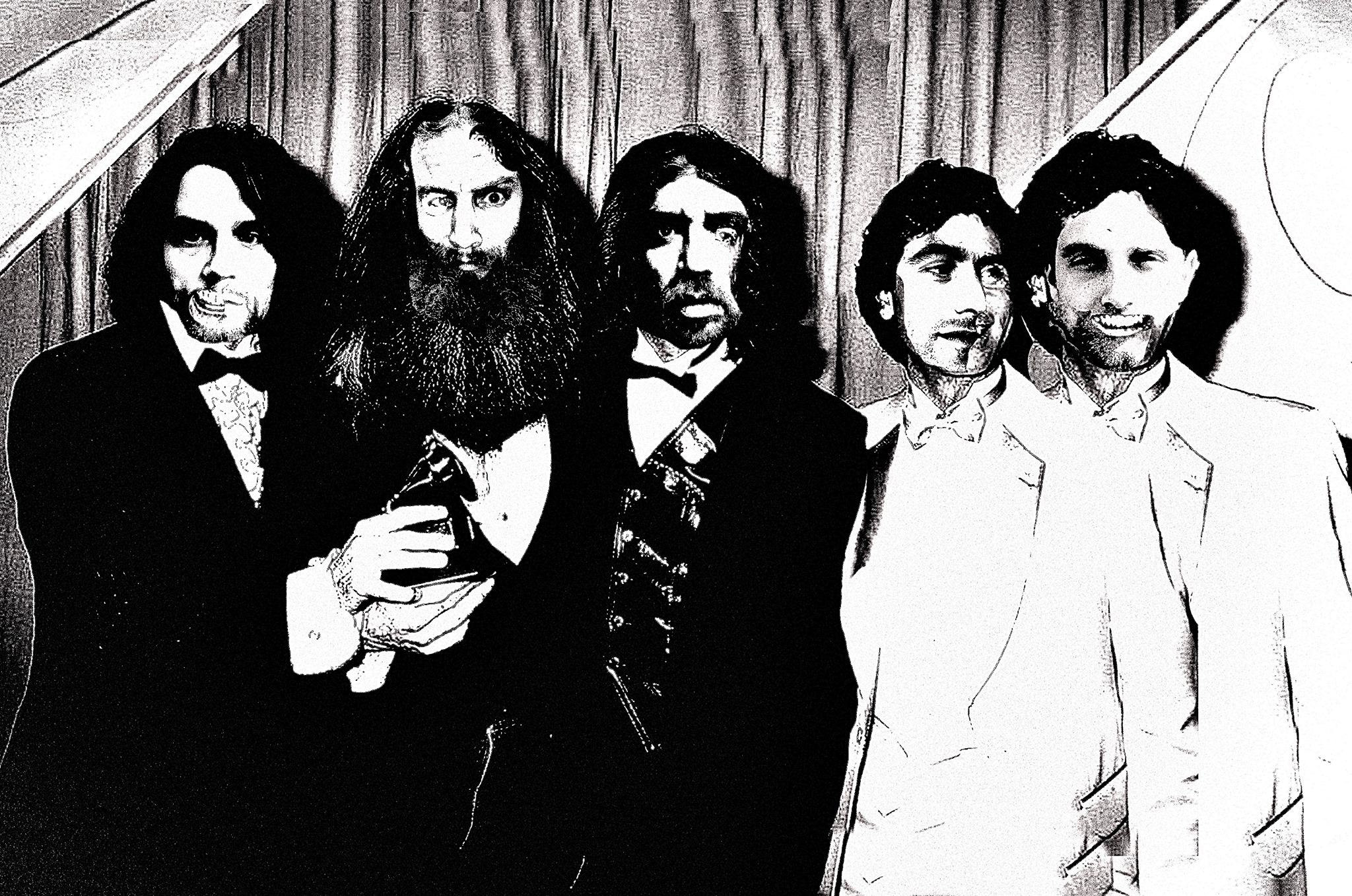 Old Man Gloom outdid themselves on the sneak attack front today, unleashing the new LP Seminar IX: Darkness of Being two months early because, well, why not? Available now digitally and emerging in physical editions on May 22nd through Profound Lore, the effort features seven tracks performed by Aaron Turner (Sumac, ISIS), Nate Newton (Converge), drummer Santos Montano, and longtime friend/recurring collaborator Stephen Brodsky. Members of The Red Chord (guitarist Mike McKenzie), Cave In (percussionist JR Conners), and Mamiffer (singer/organist Faith Coloccia) also lent their talents to a few tracks: “Canto de Santos” and “Death Rhymes,” which can be streamed alongside the rest of the album below.

The band has also released a lengthy explanation of how we got here, and why we still have another new album — the Kurt Ballou / Randall Dunn production Seminar VIII: Light of Meaning — to look forward to in May….

As we’re all locked down, and uncertain about what will shake out of all this bonkers shit, we at Old Man Gloom have decided to reverse Gloom you all. What is a reverse Gloom? Well, it’s pretty simple. Instead of playing a trick on everyone, we’re going to play a trick on ourselves, and unfortunately for Profound Lore, our record label.

Here’s what was GOING to happen…. We made two records. I know, it’s not a surprise, we usually do. Over the course of recording, we had so many plans with how to release it. There was the let everyone preorder one record, then send them the other one without notice and release the other in stores only. There was releasing one, then dropping the other 2 days later without any announcement at all. There was the idea that Aaron and I would make an entirely different record without the other guys knowing and releasing that on the same day to fool our own band. Eventually we settled on doing all the announcements for ‘Seminar VIII: Light of Meaning’, and then a week before its release, drop ‘Seminar IX: Darkness of Being without’ announcement. A sort of PRE Glooming, if you will. It would’ve been a pleasant surprise for everyone in the lead up to the ‘LoM’ release, and we get our trick.

Well, since a few weeks ago when we made this plan, the world has drastically changed. We’re all confined to our cities, towns, and mostly our homes right now. Most of us can’t make a living, all of us in Gloom included, and we’re all just sitting and waiting for the tides to turn. Last week we spoke together and wondered if we could just send ‘Darkness of Being’ out into the world now, to help bring a little light into this situational seclusion. All of us knew one sticking point could be Profound Lore, because our dear friend Chris is running a label, and not everyone exists like Old Man Gloom, most people have a plan and want to succeed on practical terms. We don’t. We just want to make each other laugh. It should have been very unsurprising that Chris was instantaneously IN for this plan. He’s never said NO to us, he’s been nothing but supportive of our bullshit from day one.

So here it is, truly our gift to you, and the whole world. Please enjoy what we’ve had an amazing time making. These records have taken the simple act of being a band and transcended into a bonding and healing process I never thought music or specifically Old Man Gloom could be. Almost every song has elements of our last two years without Caleb, and even the songs that aren’t directly related to him are embedded with the emotion and struggle for closure and healing that we’re all going to be in for a long time. This pandemic we’re all living through is creating so much distance between all of us. This is our way of bringing us all a little closer.

Please share, and listen, and talk, and respond. Tell us you love it, tell us you think it sucks, tell your friends that you like our old shit more, or that you wish it was an Old Man’s Child record. We don’t care, just put yourselves into the world through this.
We also ask that you preorder physical copies, or pay for digital in some way, if you can. Not for us, but for Profound Lore, who are always onboard to go against record label practicality to support our silliness, and whom we want to not lose money because of this baloney we cooked up. 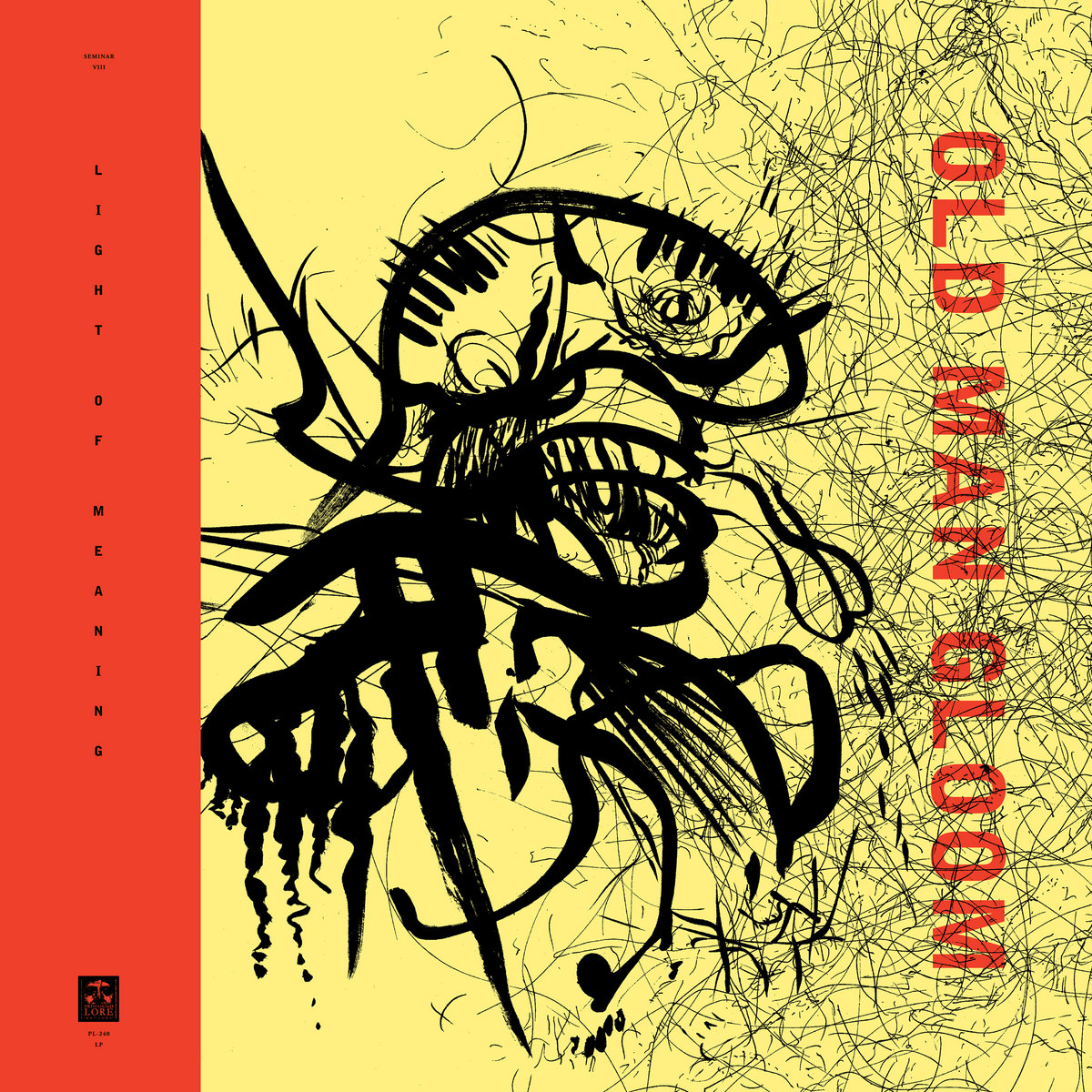