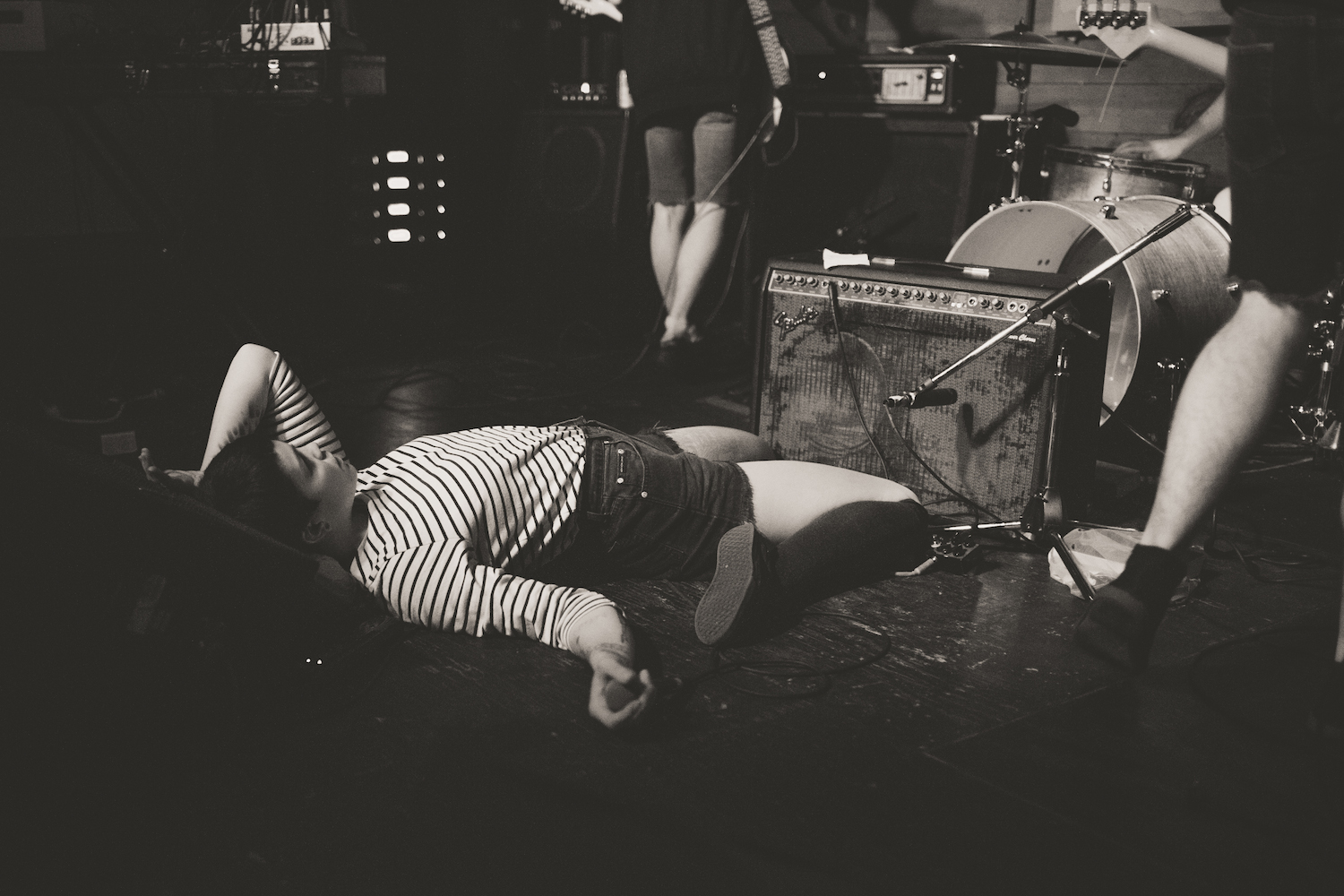 I am on tour with Perfect Pussy for the next two months. The last time I went on tour was the beginning of 2012. I know now that it’s nothing like riding a bicycle; there’s a definite learning curve, and I no longer fall anywhere on it. Twelve days in, I can admit I overpacked, was underprepared (emotionally), and should have quit smoking six months ago instead of two weeks ago. I sleep the least of anyone I’m traveling with, my wardrobe is unsuitable for every social situation and climate, my shoes smell so bad that I can’t remove them in polite company, and the only book I brought is one I’ve already read.

I am having the time of my life; I am a complete basket case. These three records, all released in the last year, have been on repeat, functioning as my Sanity Maintenance Playlist. These records are important to me because they are made by people I trust and admire—amazing people—and they sound real fucking good, too.

Sarongs, Sarongs (Prison Art, 2011)
Sarongs was the best band to come out of Syracuse in the last five years and went completely ignored when they were around. Thank god that Phase! Records out of Greece recently re-released their cassette; revisiting it reminded me that Sarongs are head and shoulders above every band they sort of sound like. (Yeah Yeah Yeahs and Crash Course in Science, but those aren’t entirely apt comparisons). Two members of the band now live in Brooklyn and I hear there are going to be reunion shows. I will be present and dancing. “Mineral” is one of the best songs of all time.

Friendless Bummer, Friends Forever (self-released, 2013)
Another band from Syracuse that has gone completely ignored by the larger hardcore/punk scene, FB is a three piece fronted by Ben Bondy, a veritable wall of feedback and sweetness. Their intensity leads people to compare them to Pissed Jeans, but Spike [Anderson] and Sam [Sodomsky] operate as a rhythm section that’s sometimes a campy take on rockabilly. Their infrequent shows tend to bring large groups of nice people together. Ben also does a solo project called Cult of the Crying Moon and just released several beautiful new songs. Everything he touches is worth a listen.

Various Artists, Beyond Inversion (Accidental Guest, 2013)
This compilation was put together by an old friend (Jes Skolnik, currently in Split Feet, member of a million good bands past and present, writer and activist) and a new friend (Sean Gray, coordinator of Fan Death & Accidental Guest records). This comp contains an incredible cross-section of currently active bands, including some of my favorites (Technicolor Teeth, Jail Solidarity, Good Throb). It will stand the test of time, and is absolutely worth picking up. The hand-assembled packaging, including art by Leah Wishnia, is beautiful. The pre-order sold out, but some copies are being distributed through Dischord. In lieu of a physical copy, a pay-what-you-wish digital download is available through Accidental Guest. (Disclaimer: We have a song on this comp but it pales in comparison to the rest of the bands featured.) One hundred percent of the sales are going to the Rachael’s Women’s Center, an organization that provides resources to homeless women in DC.

Perfect Pussy’s debut album, ‘Say Yes to Love’, is available now via Captured Tracks. Check out songs from that and their breakthrough demo tape below…

Previous Stream Pinch’s Cold Mixes, Featuring Dubplates From Alex Coulton, Ipman, Kinzy and More
Next SONG OF THE DAY: Swans, “A Little God in My Hands”