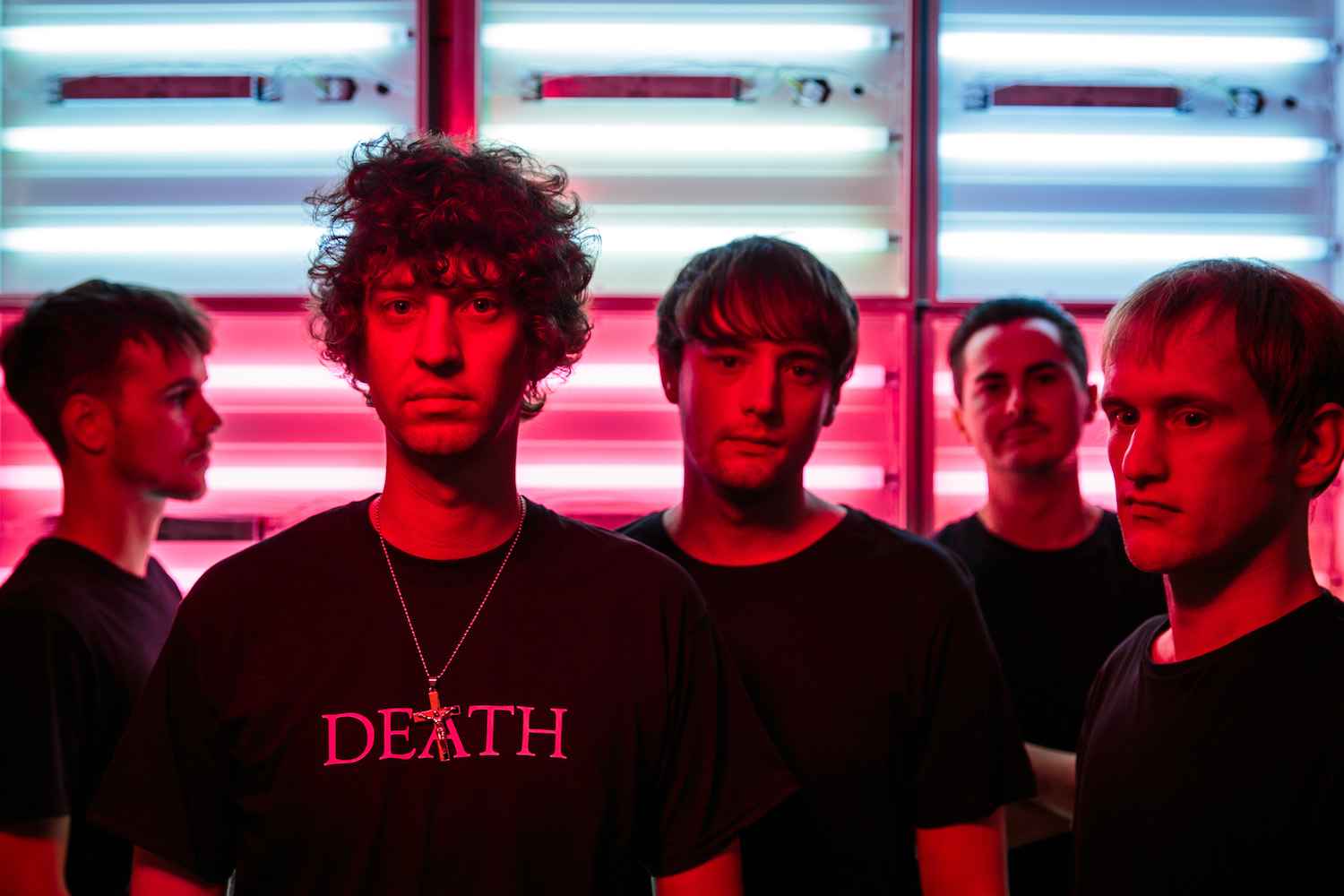 Autobahn frontman Craig Johnson gets it; he’s well aware how bleak the UK band’s worldview appears to be on their looming felte / Tough Love LP, The Moral Crossing. Listen a little more closely, however, and you’ll find a sliver of sunshine peeking through the clouds, a contrast as cutting as the group’s steely post-punk sound.

“Actually, as a band, we’re more optimists,” explains Johnson. “I don’t find talking about this stuff as ‘dark’, but it’s stuff people don’t usually want to talk about—execution, rising from the dead, depression, feeling utterly lost and unsure where to go. To understand the moral crossing, to go one way or the other, and how it can change your life. For me, saying this stuff out loud give the feeling that there’s a future.”

While that may be true, today’s #selftitledpremiere bares its fangs with little signs of solace in sight. Here’s what Johnson had to say about the track, followed by the album’s two previous singles….

This was a completely different song when we recorded it the first time around. After recording the guitar I muted everything apart from the guitar and drums, to find this raw, intense dance track. It sounded far more direct than anything we’d ever written, so we built the rest of the song around it. “Execution / Rise” is a reference to being punished for one’s sins, but rising again!