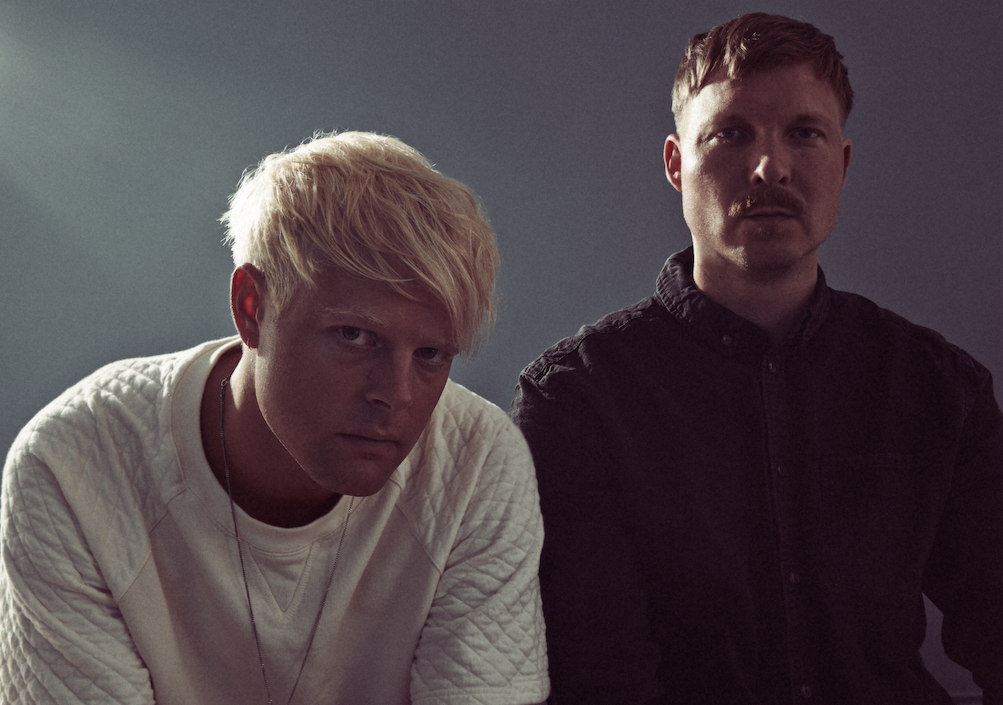 “Korallreven can be both a silk scarf and a can of slime,” explains singer Marcus Joons, referring to the blend of high and low art the Swedish duo’s after with their new album Second Comin’.

The concept is clearest in the 360 presentation of their “Spirit Away” single. Aside from being an airy, synth-glazed representation of the record’s luminous sound, the song is also meant to be consumed alongside a limited canister of pink slime. Closely linked to the cover art of NUG—one of Sweden’s most notorious street artists—it’s described as follows:

Called the “All-healer,” Slime by Korallreven is one of the most effective slimes for healing people, plants and animals. Natural unpolished slime is particularly helpful placed where plants will not grow or animals refuse to sit. It also counteracts negative earth energies beneath buildings or anywhere that feels hostile.

Slime by Korallreven protects against psychic attack, paranormal harm or ill-wishing, and returns the energy back to the universe after being transformed into positive, loving energy. To increase this power and attract good luck, draw an image of the sun and the crescent moon over your Slime by Korallreven in lavender incense smoke.

Slime by Korallreven is also referred to as the “couple’s slime” and gives meaning to relationships that over time, transcends the carnal union and gives way to deeper connection and a more soulful communion. Wear yourSlime By Korallreven as an engagement or eternity ring for fidelity, or as a locket to call back lost love.

Have a listen to the LP’s first two official leaks below, and look out for the rest of Second Comin’ on November 4th through Cascine…

Previous Swans Ready Vinyl Reissue of Filth
Next In Memoriam:
The Spaceape