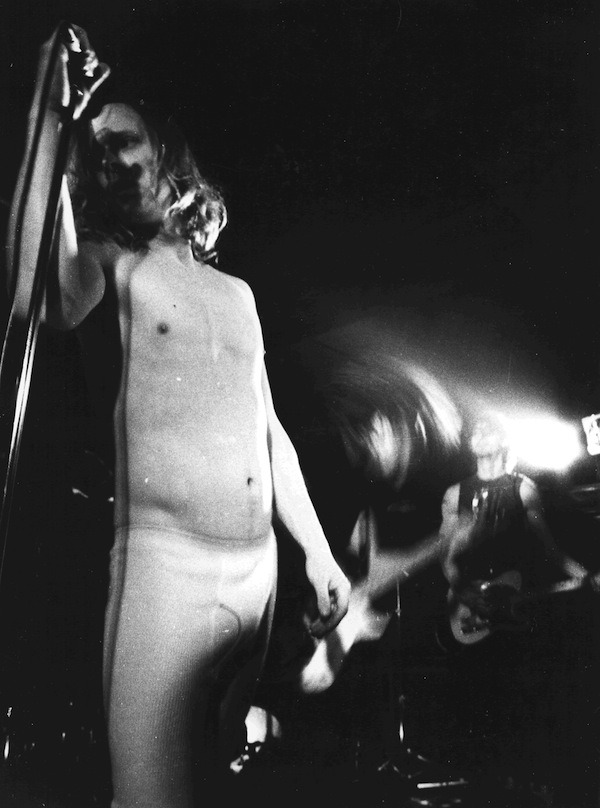 Swans have announced the long overdue vinyl reissue of their 1983 album Filth. Remastered by Doug Henderson and packaged with repros of two posters from the post-punk era, it’s the full-length’s first authorized pressing in 24 years and a key document of their stomach-churning early days.

“One of the main motivators in our sound was an intense lack of traditional musical skills,” frontman Michael Gira said in a recent self-titled feature that explored Swans’ entire history. “I decided I could make this [makes bomb explosion sound] with a bass and we had two bass players, so we would just sort of trade off, making chunks of sound with rhythm. Totally rudimentary.”

Pre-order your signed copy of Filth here in time for its October 28th release, and look out for more eBay-thwarting reissues from the Swans catalog in the months ahead. In the meantime, here’s a more lengthy statement from Gira about one of his more infamous LPs:

This is all slabs of sound, rhythm and screaming/testifying. What more do you need? In a way, it was a reaction against Punk (and just about any other music you can think of), and the conservative notion that 3 chords were somehow necessary. I used to deny it vehemently at the time, but No Wave (I “hated” that scene too, for some reason I can’t remember now) played a big role as the germ from which this music grew, along with The Stooges and Throbbing Gristle, of course. I wanted Swans to be “heavier” though – I wanted the music to obliterate – why, I don’t remember! I think it just felt good. Live, we used two basses (playing utterly unmusical chords that were stabbed and left to sustain or sometimes hit in staccato or opposing rhythms), drums, a “percussionist” that slammed down on a metal table with a metal strap, crude cassette loops of various sounds/noises (usually some kind of undefined ROAR), and Norman Westberg’s glorious sustained and screaming guitar chords. It was pretty elating to play live – for us. If 100 people showed up (which would have been a huge audience at the time – 20 was more the average), 80 were guaranteed to leave by the second song. Somehow that tension – contempt or indifference from the audience – was nourishing, so we kept going. Previous The Bunker New York
Next Korallreven + China
“Spirit Away”