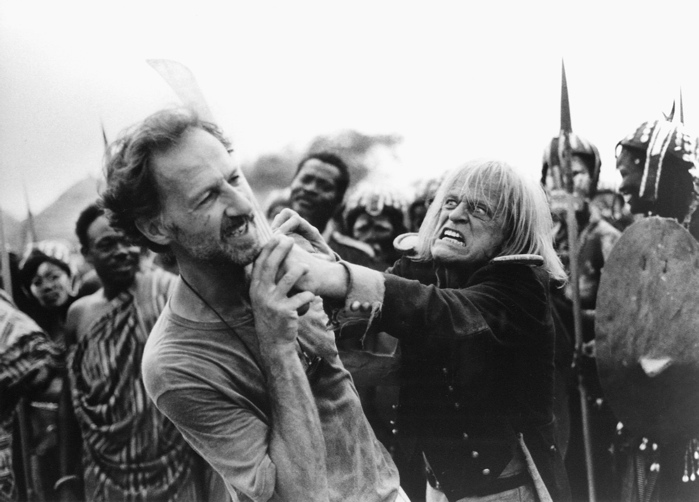 The widescreen soundscapes of CFCF‘s new RVNG EP (The River) were inspired by Werner Herzog’s Fitzcarraldo film–a production so perilous it spawned its very own documentary–so we asked the Canadian producer to provide us with a beginner’s guide to one of the greatest independent filmmakers of all time. Check it out after the jump along with a free track, video, and Games remix, and if you live in Brooklyn, be sure to stop by CFCF’s release show tonight at Glasslands with Hercules and Love Affair and recent From the Stacks favorite Teebs…

Stroszek
My first exposure to anything Herzog-related was probably the short bit of this that plays on the television in Ian Curtis’s livingroom in 24 Hour Party People. This is a tragic comedy about a troubled German busker who seeks a new life in Wisconsin. To me the highlight of this one is Herzog’s vision of ’70s Americana. It’s at once sad, horrific and hilarious.

Fitzcarraldo + Burden of Dreams + Werner Herzog Eats His Shoe
To get a sense of Herzog’s grandiose yet simple philosophy, and the extent of his ambitions, these are essential. Fitzcarraldo, the film about an opera-loving aspiring rubber baron who dreams to build an operahouse in Iquitos, is enormous in scope, as was the film’s production, which is documented in Burden of Dreams by Les Blank. To me, the latter is even more essential than the former. And Blank’s short Werner Herzog Eats His Shoe humorously details exactly the lengths this man would go to encourage other filmmakers to just get out there and shoot.

Heart of Glass
The headline would be that Herzog hypnotized nearly the entire cast of Heart of Glass to get the properly tranced performances he needed to convey this story about a small Bavarian town that goes mad after the local glassworks foreman dies without revealing the formula for the precious Ruby glass which they thrive on. The highlight of this film for me are some of the beautiful visuals interspersed through the film, punctuated by Popol Vuh’s incredible, transcendent score.

Aguirre, the Wrath of God
This is probably the place start with Herzog if you’ve never seen anything before. It’s likely his most conventional film by plot and tone standards, as it is essentially an adventure film, albeit of the ill-fated type. It’s an engrossing, harrowing movie about a power-mad conquistador on a doomed search for El Dorado, played by Klaus Kinski with unrivaled intensity in his first collaboration with the director.

The Great Ecstasy of Woodcarver Steiner
A personal favorite. This is a short TV documentary about a professional ski-flyer. Not too complicated, but I love the warm adoration of its subject and the beautiful, extra-slow motion shots of him flying through the air.