PRIMER: Stars of the Lid’s Brian McBride On … Film Scores 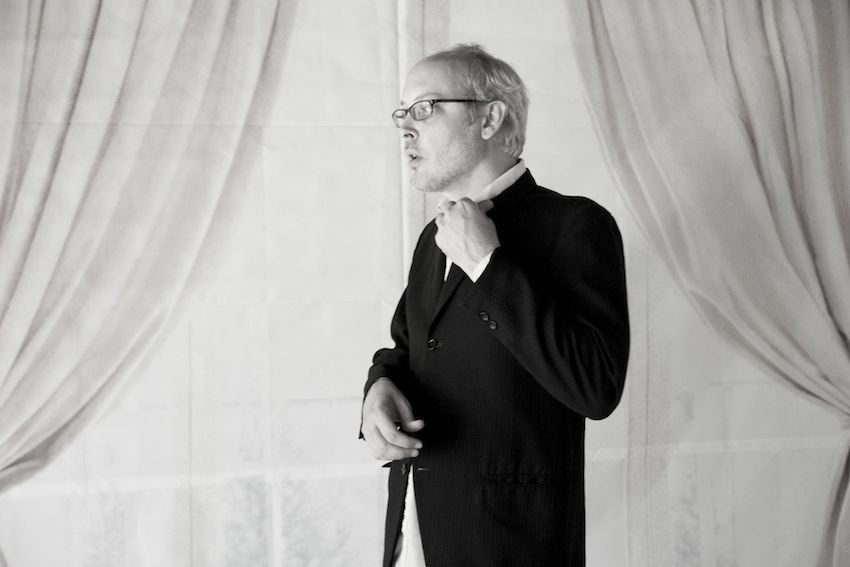 Of all the Primer guides we’ve run thus far, few seem as appropriate as the following film score breakdown by Stars of the Lid‘s Brian McBride. An absolute master of patient/majestic music, McBride recently arranged, conducted and recorded 11 new pieces for a documentary about the world’s diminishing honeybee population (Vanishing of the Bees, which is narrated by Juno herself, Ellen Page).

You can sample one of its songs below, along with clips and commentaries from six of McBride’s favorite soundtracks…

Ennio Morricone, Once Upon a Time in the West (1968)
There are so many Morricone scores that could easily fill my top five (L’Assoluto Naturale, Lolita, Malena, Chi Mai, Sepolta Viva, La Donna Invisible…I clearly have a problem!) but the one standout is Once Upon a Time in the West because of how perfectly it is used in the film. I don’t think there is a better score that molds the themes of the characters, ever.

Georges Delerue, Le MÃ©pris (1963)
There are so many reasons this soundtrack means so much to me. For starters, the film itself is a sort of attenuated sequence of events about creativity and human relationships. Life is presented as a bunch of fragmented parts where relationship frustrations are never entirely explained. Delerue’s music turns these impressionistic moments into something larger than its parts. The music itself is sweeping, piercingly beautiful strings in unison to make the most unfeeling of you cry.

Zbigniew Preisner, White (1994)
Adam [Wiltzie] probably said this better than I could: without Preisner, there would be no Stars of the Lid.  I obviously love the fact that the he taught himself about music by listening and transcribing bits from records, but his mastery of silence is what really does it for me.

Jack Nitzsche, Starman (1984)
There’s so many other composers I should have included over Jack. Maybe it’s the California in me coming through, but I’ve been on a huge Nitzsche kick lately and the final closing theme of this film–no matter how keyboard-y ’80s it is–has been cranked up in my car to obscene levels. I can’t get enough of the sound of his violins and I also love the fact that for much of his life, he was desperately in search of getting his hands on the London Symphony Orchestra.

Angelo Badalamenti, Twin Peaks (1990)
I think we underestimate the influence Badalamenti’s music has provided for all sorts of music, especially music from the â€˜90s. There is no way Twin Peaks would have had half the power and staying time it did without this music. Many of us are still trying to figure it out.

Stelvio Cipriani, The Anonymous Venetian (1970)
I do love me the romantic Italians. And eventually Cipriani went on to score Piranha II: The Spawning!