RECORDING UNDER THE INFLUENCE: Liturgy On … Friedrich Nietzsche 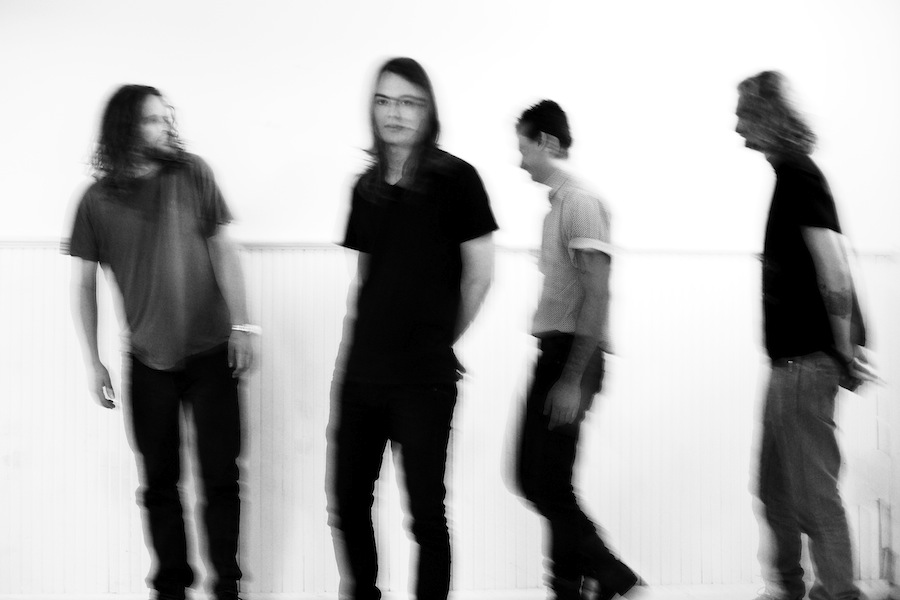 The single most important non-musical influence on the composition of Aesthethica, and generally the existence of the Liturgy music project, is the work of Friedrich Nietzsche. Below are five aspects of that influence…

I first encountered Nietzsche in high school. I read Thus Spoke Zarathustra and didn’t understand a line of it, but felt a strong identification with Nietzsche. I was very isolated at the time–I didn’t fit into any social group, not even the kids who were into music. There were a few self-identifying punks who were really arrogant about At the Drive-In and Shellac being the greatest bands in the world and so on, and I wasn’t quite like that; I could never limit my taste in that way. It was around this time that I started listening to Emperor, Bathory and Darkthrone. I think what I connected between Nietzsche and Bathory was a certain anti-social individuality as well as a romantic grandiosity that really made sense to me at the time. This kind of glued together the musical interest and the philosophical interest. More beneficially, there was in Nietzsche a sort of exhortation to create an independent aesthetic world of your own. I identified scenester kids with the herd mentality and began to have faith in the sort of inner artistic demon that attracted me to certain things that I could trust.

A major Nietzschean idea is self-overcoming. It means that for any tradition there is a certain threshold in its development, and at that threshold everything breaks apart and takes a left turn, almost turning into its opposite. It is at this threshold that all bets are off. The tradition has developed a whole set of organs, tools or institutions to better and better achieve its aim or fulfill a need. But then suddenly, in a flash, but partly as a result of the new perspective arrived at by means of the very development that took place, a new aim appears on the horizon. And so the organs, tools, institutions, whatever–the entire apparatus gets redefined and certain features which developed incidentally as by-products suddenly become much more important. They gain new meaning and take on a life of their own even. It was this idea of self-overcoming which was always like super fucking thrilling to me, and I wanted to take black metal to this level; to rechristen it, to sabotage it, to destroy it and at the same time enhance it in ways that its original creators never would have imagined or approved of. I think black metal was, and is, ripe for this kind of moment, and I think that these moments are real, that Nietzsche identified something universal in reality, and that it applies to black metal just as much as it did to the things he was interested in–Christianity, first and foremost.

As I began to go deeper into Nietzsche’s work, I came upon the concept of “ressentiment” in beyond good and evil, and it really made me take a closer look at myself and my own ideals. The history of Western culture is the history of the development and ultimate self-overcoming of “ressentiment,” which ultimately comes down to saying “No!” at deeper and deeper levels. First it’s “No!” to the Master, the beautiful, the ruling class. Then it’s “No!” to one’s own active impulses. Then it’s “No!” to Christianity. There are a few other “No!”‘s in between, but the point is that this last “No!” is NOT the end of the story. It is a deadlock, because it is an an arrival at a sort of secular-liberal-pluralist nihilism. And there’s something wrong with that.

I think at the time I identified with this strongly anti-Christian and generally anti-Western, anti-American, anti-capitalist and so on view. I had a punk attitude; I hated everything. But the more and more I worked with Nietzsche, I began to question that. There is something higher. Nietzsche’s task was one final “No!”–to “No!” itself, a negation of nihilism, which is undertaken by Zarathustra, and is actually “Yes!” The part of me that was wrapped up in this ressentiment was the same part that was obsessed with and identified with black metal. And I was growing out of it. I began to hate black metal and hate the part of me that loved it. But I couldn’t and didn’t want to just leave black metal behind. I still loved it and wanted to bring it with me somehow into a new outlook. So this ties in with the self-overcoming. To affirm affirmation, to ultimately say a “Yes!” and to do it through black metal. That’s the meaning of Transcendental Black Metal, and thus in a way Liturgy really is an attack on black metal, it is true. It really is a “No!” to the “No!”, but it works immanently, I think, because it is an inner development, it comes from the inside.

Nietzsche’s ideal ethical act is the act of creating an entire value system. He is proponent of the act of value creation. His work was an effort to spur people in the future, such as myself; to inspire them, to create values. And to create values means to give birth to a sort of spiritual/cultural “star” that has an aesthetic aspect, a conceptual aspect, and so on. It should catch on–like a forest fire–and affect people. A value system is aesthetic and conceptual, and it is also a sort of trellis, it catches hold of people and has an effect on the way that they grow and develop, even how they perceive. I’ve been really inspired by that idea, and that’s really what I aspire to do with Liturgy. It doesn’t make complete sense, I know. But the point has something to do with thinking a little more carefully about what culture is. Most musicians think culture is just expression, or if it is performative, that it is just a matter of saying “No!” But culture really does “cultivate” people. That’s obvious in societies with lots of discipline; not so obvious in ours, where due to mass media, the Internet and so on, culture is really spinning out of the control of society. It’s a scary thing but also an amazing one. But that’s a reason to take culture’s power more seriously. I think people are way too cynical about culture.

Nietzsche always says that honesty is the newest virtue. (Because virtues are born and die, just like genres.) Especially recently, there’s a ton of hatred directed at Liturgy, and the main reason seems to be an accusation of pretension. Sometimes I wonder if I should just shut up and not be so honest about what drives Liturgy. But it is my internalization of Nietzsche’s maxims that prevents me from doing that. I think that everyone today is so happy to shoot darts at the “pretentious” person or nip at his ankles. Like the accusation is totally damning. I completely, completely disagree with that outlook. I say be as grandiose or ambitious as you feel drawn to be, aim to literally do the thing that drives you.

I have a sort of prophetic urge, and I imagine creating a gesamtkunstwerk-like body of work that not only embodies the spirit of of our age but even redeems it. Bloggers just spill over with hatred if someone says something like that. Well fuck that, you know? I’m probably aiming higher than I can reach, and certainly we’re not there yet with Aesthethica, but I think that there’s something fundamentally good, healthy, and alive about striving to actually carry out something like that. It’s nothing to be ashamed of; on the contrary, I’d say. I hate the false modesty of scene-oriented, negative counterculture. It’s just elitism, and it’s a weak elitism. It is defensive. It is decadence.

Anyhow, Nietzsche is all about being courageous in the face of haters who don’t understand, especially in ages where people are super proud of being mediocre and ordinary, when the herd mentality is strongest. There is a secret nihilism at work these days that Nietzshe predicted. Without having absorbed his ideas, I definitely wouldn’t have started this band and wouldn’t be working to continue it.

Previous PREMIERE: Cave In, “Heartbreaks, Earthquakes”
Next Xander Harris Makes Us a Kosmische Mix, From Klaus Schulze to Cluster