RECORDING UNDER THE INFLUENCE: The Black Angels 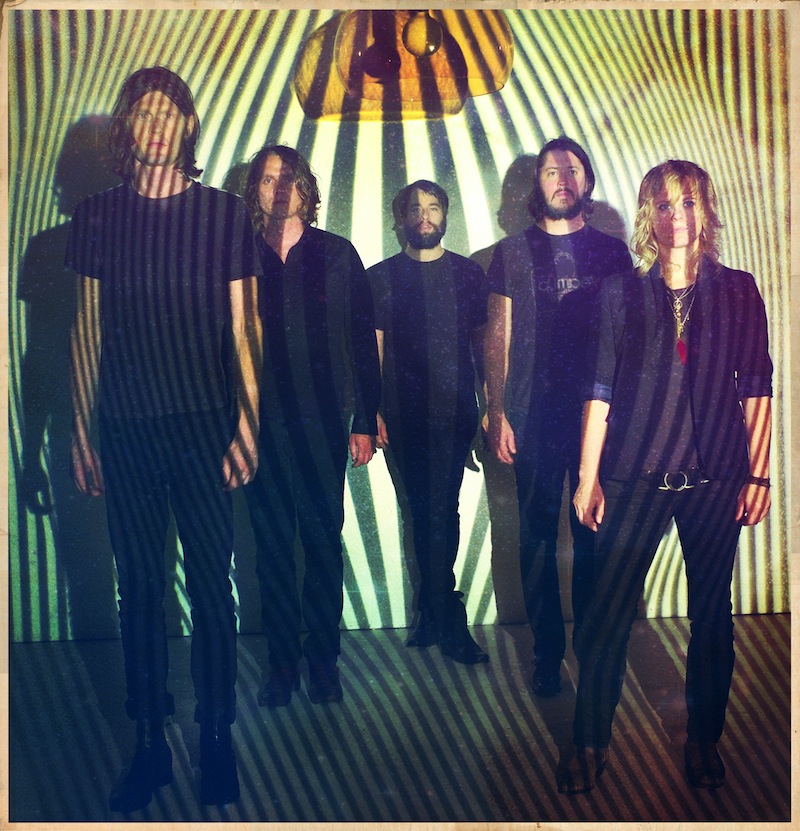 Recording Under the Influence is a recurring self-titled feature where we ask artists to ignore their musical inspirations for a minute and share what really went into the making of a particular record. Since The Black Angels are known for making some of today’s most profoundly psychedelic rock music (see: their recently released Phosphene Dream LP), we asked frontman Alex Maas to guide us through the haze a bit. He certainly didn’t disappoint…

The Spirit Molecule
Get hip to the chemical DMT naturally occurring in our bodies. We release it at birth, near death experiences, and when we die. It is created by the Pineal Gland. Many indigenous peoples in South America have been experimenting with shamanistic healing rituals for thousands of years, extracting this chemical from the root of the mimosa vine, combining it with other natural MAOI inhibitors, and creating magic potions that allow you to look deep inside the interconnected DNA of all life. It is regarded as the most powerful psychedelic molecule that we know of, and it’s produced in the human body. Many argue it is key factor in the belief of alien abductions as the body is potentially capable of a misfire of natural DMT, hereby creating psychedelic breakthroughs, out-of-body experiences, or the feeling that one’s been visited by other beings. This chemical has some role in the mystical world in which we find ourselves constantly trying to understand. We go to great lengths to actually kill other people who don’t see things our way on definitions of mysticism. Art tries to explain it with color, words and sounds. Bullets try to change its meaning to something ultimate while it is always changing and dodging the lead. A Spirit Molecule may be creating it?

Traveling
We are so lucky to be able to travel and experience different cultures. We get to see how beauty exists in different regions of the world. The different food, landscapes, smells, faces, and variations of life forms make us truly appreciate what we do.

I often daydream that we are on the Starship Enterprise discovering new worlds, new life, and a civilization boldly going where no man has gone before. I have applied certain characters from the different Star Trek eras to people in the band. Our tech mastermind Kyle, is Data. Our tour manager Scott Simpson is like Scotty, right down to the accent, as he is from Scotland.

Archetypes
Because we travel so much we get to see several different archetypes of people we know or have ran into from our past. I will glance across the street tomorrow in Milan and happen to see a dog hunched over going #2. I will turn to [guitarist] Christian [Bland] and say, â€œHey look it’s the sound guy from that show in Albuquerque.â€œ And thus the spirit world is created amongst our tribe. This example shows that archetypes can be found in many forms. We ran into five different archetypes of Larry David last Tuesday, I saw my sister in a beautiful painting from the 1600s and talked to George W. [Bush] for one hour about â€œThe Spirit Moleculeâ€ and Alex Jones after our Berlin show.

These archetypes serve as inspiration for us because they are grounded factors of commonality amongst our tribe. I have begun to understand why we choose to notice certain archetypes. Some are obvious nostalgic reasons, like family members. But most are figures who’s turn key qualities that you notice are those makes you who you are. Through this constant application of archetypal characteristics we find out who we are as people and who we are not. Here we will find inspiration or at least expand the imagination.

Our Imagination
Gets you through long drives, allows you to continue the spy novel even after you are done with it. Basically it lets you become whatever you want. This must be one of the biggest sources of inspiration for myself. Songwriting processes for our band even from the beginning would go something like this. Christian shows up to practice with a guitar made in 1968. He pulls an Asian looking straw hat out from the back of his amp, which is also made around the same year. He puts on the hat and says to the band, “Okay guys, imagine that we are floating down the Mekong river in the summer of ’68 at 3 a.m.” I chime in instantly and ask what kind of supplies we have on us, and what our exactly our mission is, and thus a song is sprouted.

Internet:
If I ever want to know any thing about anything, I go here.

If I want to look up how to get inspired, I go here.

I’m so glad that I live in the now because I can virtually live in the past at any moment through the magic of the inter web.

I can’t imagine a world where I can’t research Cambodian folk music from the ’40s at the tip of my finger. I actually can imagine it, but I ain’t havin’ it.