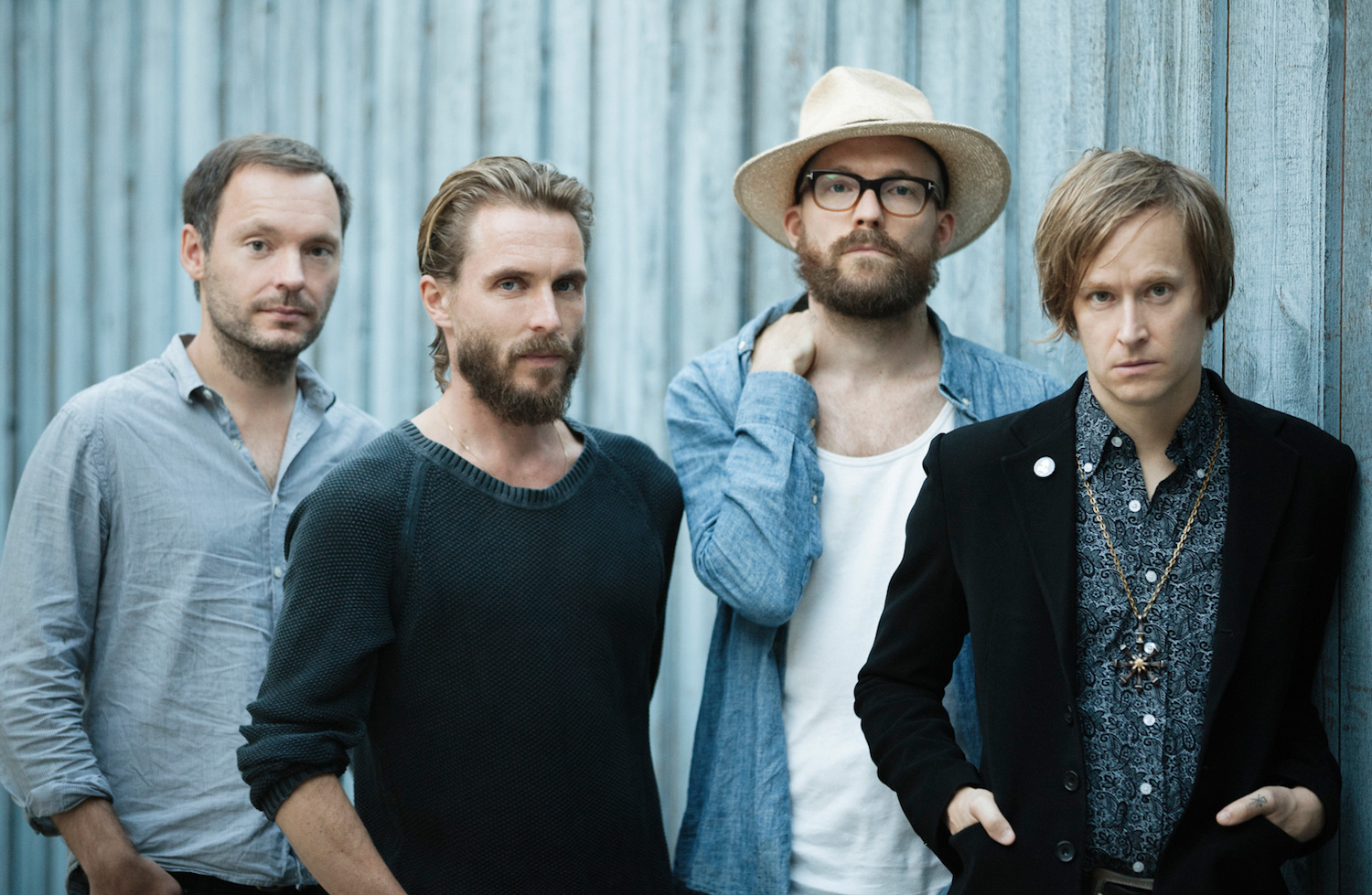 Rumors of Refused’s return have been confirmed by the band and their longtime label Epitaph, with June 30th now set as the release date of Freedom, their first album in 17 years. The post-hardcore pioneers announced the news via a press release with the headline “Refused Are Fucking Alive,” a nod to the open breakup letter their Burning Heart label shared in late 1998.

“WE WILL NOT GIVE INTERVIEWS TO STUPID REPORTERS who still haven’t got anything of what we are all about,” the group wrote back then. “We will never play together again and we will never try to glorify or celebrate what was. All that we have to say has been said here or in our music/manifestos/lyrics and if that is not enough you are not likely to get it anyway. WE THEREFORE DEMAND THAT EVERY NEWSPAPER BURN ALL THEIR PHOTOS OF REFUSED so that we will no longer be tortured with memories of a time gone by and the mythmaking that single-minded and incompetent journalism offers us. Instead we need to look forward. We got everything to win and nothing but our boredom to lose.”

Guess they changed their mind and decided to take 2012’s reunion tour to another level? “It’s not a reunion anymore,” frontman Dennis Lyxzén countered in a statement to Pitchfork. “This is one of the most radical things we’ve ever done, both musically and lyrically.”

Fair enough. Refused’s critics will also be provoked by the slight involvement of Swedish pop phenom Shellback (Taylor Swift, P!nk, Britney Spears), who produced and co-wrote the record’s lead single (“Elektra”) and a little number called “366.” (To be fair, he was the short-lived singer in a melodic death-metal band before.) Stream the former down below, right alongside the album’s cover art, tracklisting and several months of tour dates, including a few alongside Faith No More… * with Faith No More

Previous FaltyDL & Squarepusher
Interview Each Other
Next Walter TV
“Neighbour”