Misantrop Shares the
Stories Behind Their
Deeply Personal Debut 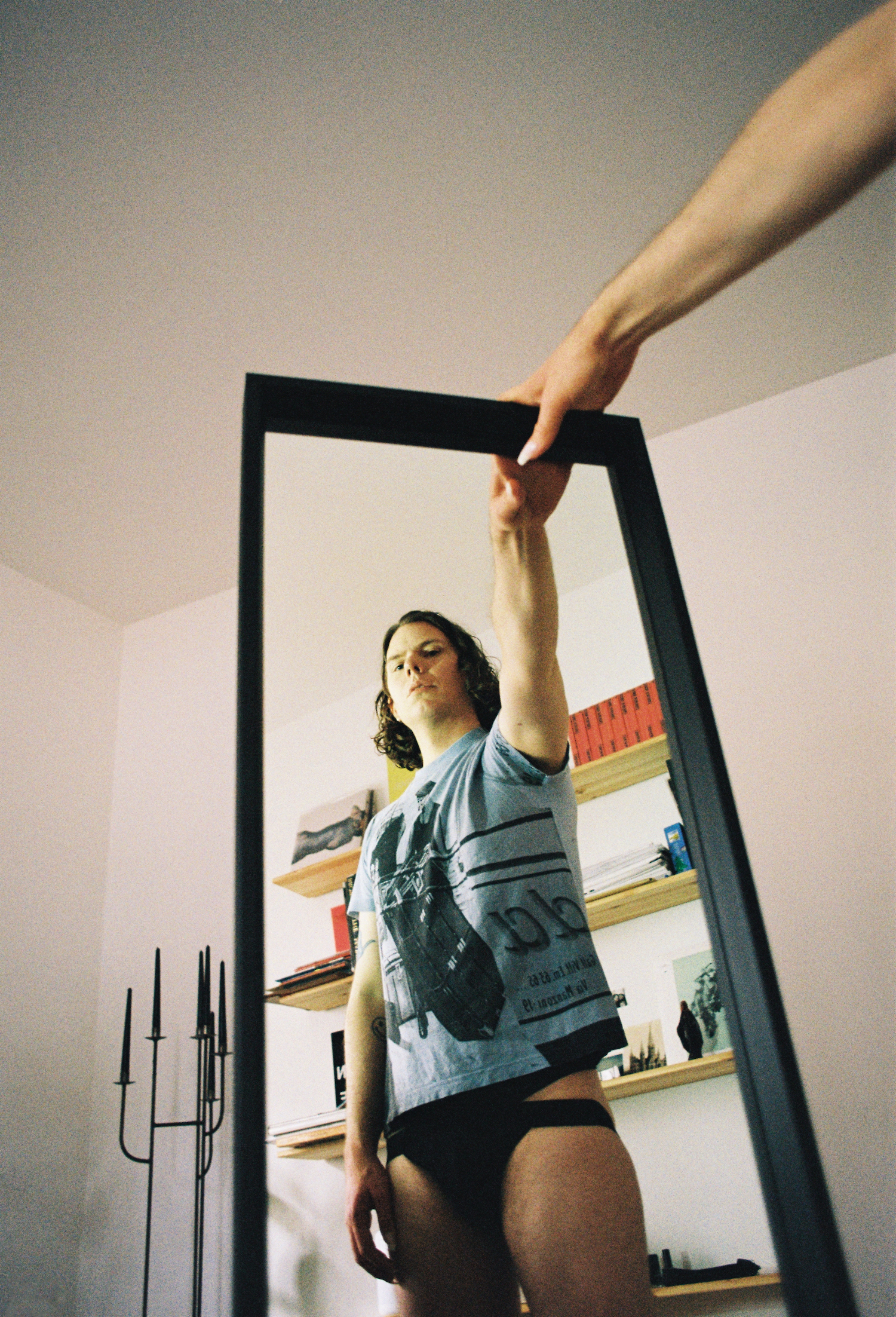 We’ve all been there before. We certainly have, at least — that moment where the night’s about to end (make that early morning, actually) and revelry turns to regret.

Nicolai Vesterkær Krog dials right into the before and after of every last detail on their Opal Tapes debut Reproaching the Absurd, an art project of an album we’re premiering alongside a track-by-track commentary below….

“THE LATENT IMAGE”
Reproaching the Absurd is about depression and focuses on a period of time some years back, while I was going out a lot. The album came together slowly over three or four years — maybe even a bit longer than that. The first thing I did was to draft the texts, and sketch out a few rough musical ideas. The reason it took so long to make was mainly that depression kept taking over but also – after an initial version of the lyrics had been written – I suddenly went through a period of intense anxiety and stress, which dominated my life for a while.

However, the anxiety also made it impossible to go on like I had; I had to adopt a lifestyle that was healthier for me mentally in order to survive, quite literally. So anxiety also brought the depression to an end. The album also dragged out because during those long stretches of not making anything, my ideas would still keep evolving… So I’d make some music, and then when returning to it much later, it just wasn’t where I was at anymore.

But being completely obsessive, I couldn’t just scrap the project. I felt the need to rework the material — sometimes many times. “The Latent Image” was one of the two earliest drafts. Actually there were both a chord progression and melodies on this one initially, but I decided to scrap that. I realized that that wasn’t really me, and it also didn’t create the right setting for talking about things the way I wanted.

The song is about arriving at a club and finding exactly what you had expected yet responding to differently – wanting to lose yourself, but realising you’re already lost. Around the time I wrote the lyrics, I met Jeremy Coubrough who plays on the song. We met on the dancefloor at OHM in Berlin, because I mistook Jeremy for someone else.

It turned out that earlier that week I’d come across Jeremy’s music as Tlaotlon and had bought one of Tlaotlon’s records. We’d known each other for a while before I realized Jeremy played the saxophone; the solo on “The Latent Image” is the first time I ever heard it, and it just floored me. Jeremy just knocked out a 20-minute solo or something like that. I chose the most suitable part for this song, but the rest ended up on the album eventually, too.

“NEXT FAG”
This one came about after Stephen Bishop (who runs Opal Tapes) suggested I added an additional track to the album. I’d always wanted the release to integrate dance sounds into more abstract – and personal – territory. On this song I decided to flip the script, and make something I would want to dance to. This was me trying to do disco – up to a point at least. Didn’t quite pan out that way, did it?

Oh and the title – what does that refer to? What or who is the next fag? Is it me? As a gay man, by the way, that is something I can insinuate about myself — but should you?

Sound wise, this is definitely a partner to the next song.

“RESIDUE”
“Residue” also went through some transformations. Before it ended up as this rickety little thing, I at one point thought it was going to have a Euro dance vibe to it. But then I realized I didn’t actually want to make Euro dance.

Although, come to think of it, even before that…. When I first started working on the release, I had asked Splash Pattern (Tobias Rye Adomat) to produce one of the tracks… I never really subscribed to this mentality that electronic music artists should do everything themselves (and be good at it too). I wanted to take a stance against that by having Tobias produce a track for me.

In the end, the draft didn’t really fit and I decided to produce “Residue” myself. Tobias did, however, take on a very crucial role by doing the final mixes of the entire album, and did a pretty amazing job; aesthetically it’s a very subtle touch, but on a technical level Tobias really made my ideas work. Having Tobias involved on the engineering side really opened up creative possibilities for me.

“HOMEBOUND”
While most of the tracks on the album were created over a painstakingly long period of blood, sweat, and tears (quite literally), this one came together surprisingly fast. It uses recordings of electromagnetic waves made with Christina Kubisch’s custom equipment. Coming home after recording it turned out my recorder was broken, having added all these glitches, but I thought it was perfect – a nice accident. I played the piece to Christina already the day after making the recordings, and I never felt the need to do much editing on the piece after that.

“BODY CONTROL”
“Body Control” is my first ever piece with lyrics (well, aside from one prior experiment), and it is the first one where I performed the voice live. It’s about trying to make sense of desire. A part of me wonders about how much my way of thinking resembles the way people generally think about sexuality, how broadly certain anxieties resonate….

I guess sexuality is interesting like that; with it being very secret in many settings and totally free in others, it can be really difficult to locate yourself and your desires. But then again, maybe thinking about sex just gets us further from any truth?

As mentioned, I drafted the lyrics for “Reproaching the Absurd” early on and had done a few instrumental sketches too, but the bulk of the work only happened much later, after a very long break. Upon returning, “Body Control” was the first piece that I began working on. By that time, there were so many ideas in play for the release – all new for me compared to my previous music, and I had literally no idea which of them would work. Because of that “Body Control” also went through many stages – at one point it was an R&B kind of track. 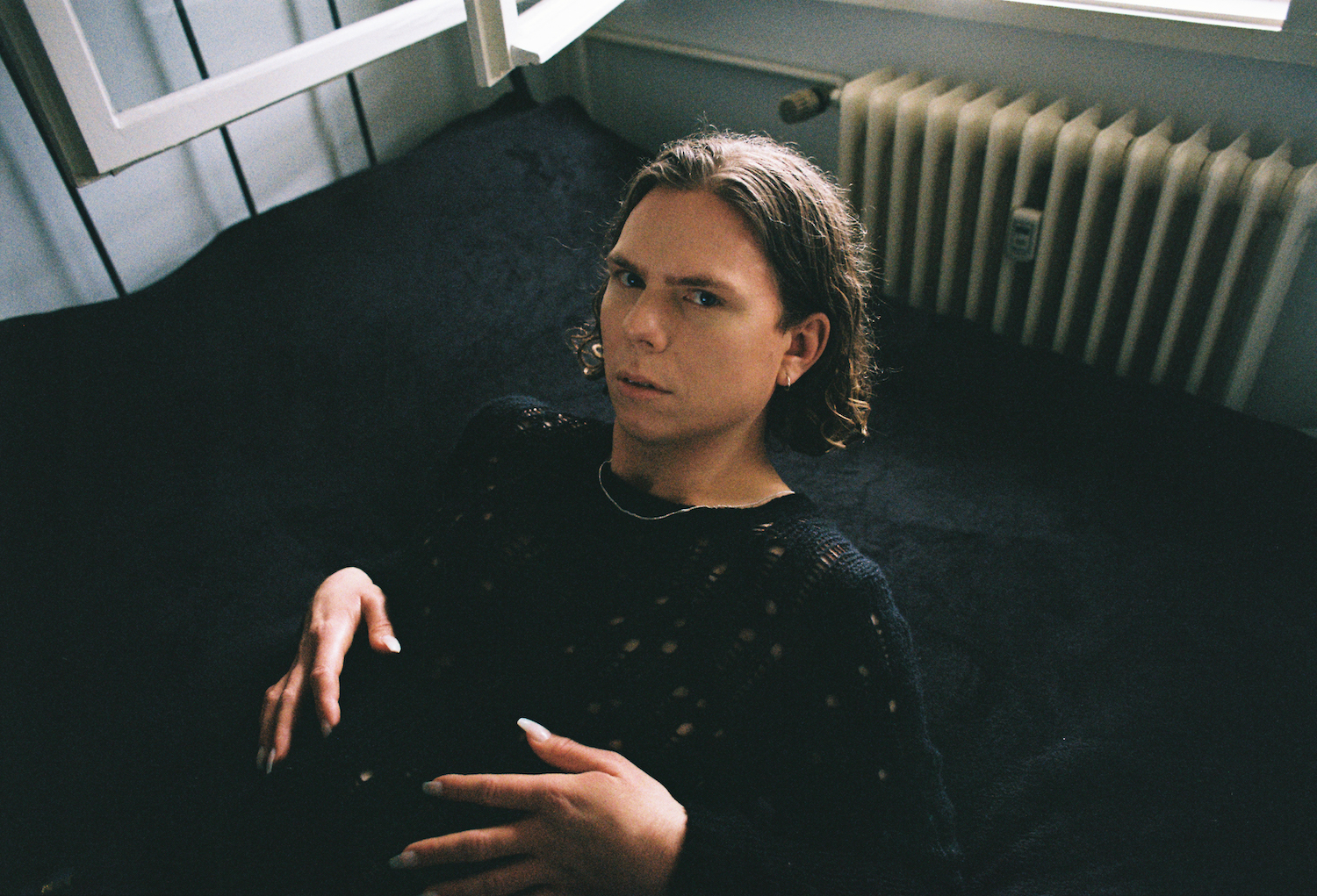 “TRAIL OF STASIS”
The sound of this one relates to the setup I created for my performance at KW Institute for Contemporary Art. The performance took place last year during the first lockdown in Berlin, and I did “Trail of Stasis” in that period too. At that time, when you had that sense of impending doom and this fear that any human contact could trigger a series of catastrophes, Angelo Harmsworth was one of the two or three people I’d see in person.

We were both deep in project mode at the same time, and several times a week we’d swap files and discuss the work. Because of that, it already felt like Angelo was a part of the album in some way, and so when I’d finished the songs I’d planned for the release but felt it needed an extra piece, I thought I’d be nice to properly include Angelo, who ended up playing the guitar here.

When the guitar was recorded, I had only just begun working on the piece, so I made Angelo play to a click track of like 180bpm instead – a cruel thing to do to an ambient artist. By the end of the session, Angelo’s hands were bleeding. Angelo also took the cover photo. Both Angelo and Tobias were quite involved with the album actually; I went through pretty much every aspect of the release with at least one of them.

“LINGERING TRANSGRESSION”
Partying, for me at least, can sometimes feel quite narcissistic. And then that’s followed by the comedown anxieties – reliving that self-indulgence, scrutinizing it, and in the process amping up the narcissism to new levels, just in a different light. Sometimes I feel as though all of Berlin is coming down at the same time – I wonder sometimes how different the energy would be if that wasn’t the case, or if people kept to themselves as that was happening.

As with “The Latent Image,” “Lingering Transgression” also had several melodic elements that I decided to drop at some point. But I kept the harmony a bit more intact here. As a listener, I think I’m open to most sorts of music – but there’s just something in me which has a really strong reaction to harmony that’s quite… nostalgic maybe? It has a very emotional impact on me that I can’t stand.

Somehow I’d come up with the idea of incorporating that type of pop harmony into a drone piece. And as a result there definitely was a point where I had created something that was just all too much for me…

I had worked on the song in order to debut it at a show at Mayhem in Copenhagen late 2019. Some weeks before that I tried rehearsing it in front of friends, but the combination of this sad chord progression and my lyrics made me far too emotional, and my fragile male ego wouldn’t let me go through with it. But then I stripped back the harmony, rewrote everything, added some Jeremy Coubrough saxo-cacophony and everything turned out alright. 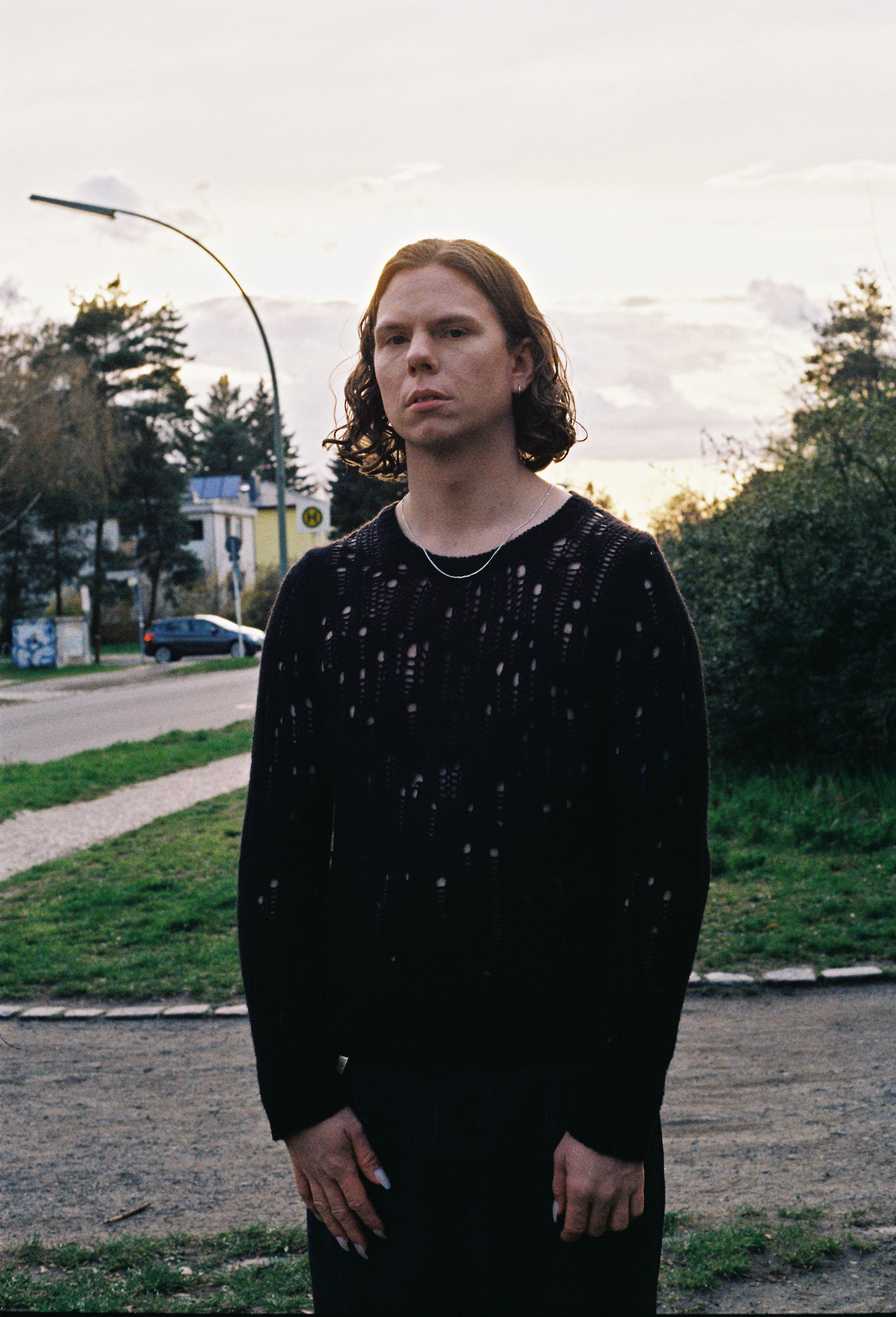