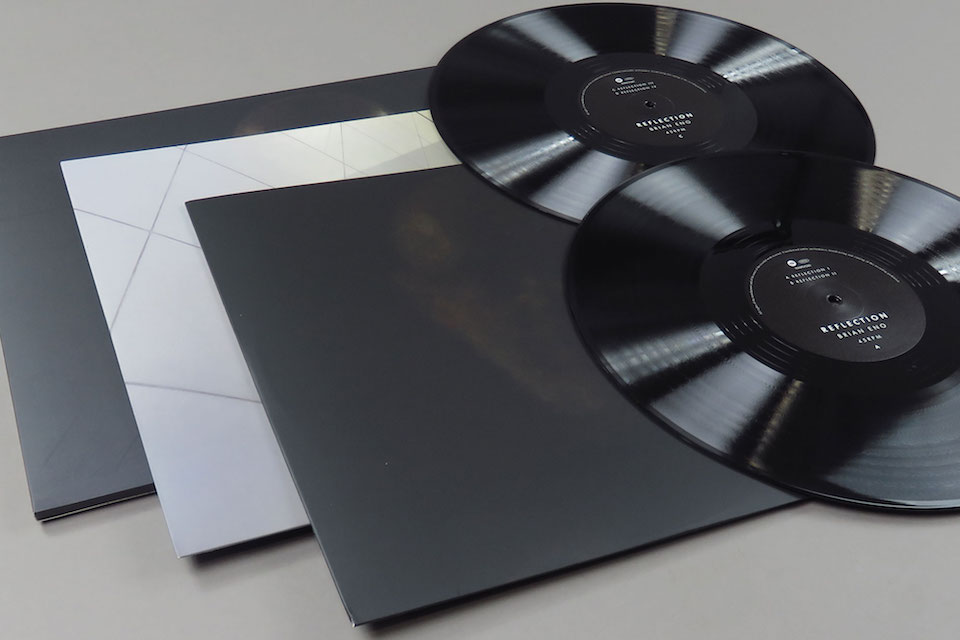 Could there be a more apropos album for the start of such a scary, uncertain year than this pillowy long player? Spread across one deceivingly simple 54-minute track, Reflection is exactly that: a record you ruminate over, as it flickers and fades like a fancy, overpriced candle. One of those soy numbers with a woodsy scent and seemingly endless burn time, you know?

Or as the almighty Eno put it in a press release, “Reflection is the most recent of my ambient experiments and represents the most sophisticated of them so far. My original intention with ambient music was to make endless music, music that would be there as long as you wanted it to be. I wanted also that this music would unfold differently all the time–’like sitting by a river’: it’s always the same river, but it’s always changing…. Reflection in its album form–on vinyl or CD–is like this.”

Big spenders are encouraged to take the track one step further with a $40 “generative app” that “creates an endless and endlessly changing version” of the record on Apple TV and iOS devices. Which may sound like a stretch—figuratively and monetarily—but the program was created with longtime collaborator Peter Chilvers (see also: Bloom, Scape, and Trope), so you know it’s gotta be good. Pricey, but good.

“Moving the composition into software allowed an extra opportunity,” explained Chilvers. “The rules themselves could change with the time of day. The harmony is brighter in the morning, transitioning gradually over the afternoon to reach the original key by evening. As the early hours draw in, newly introduced conditions thin the notes out and slow everything down.”

Sounds like something we’re all gonna need for the next four years.