ROLL THE TAPE: A Casual Conversation With … Youth Lagoon 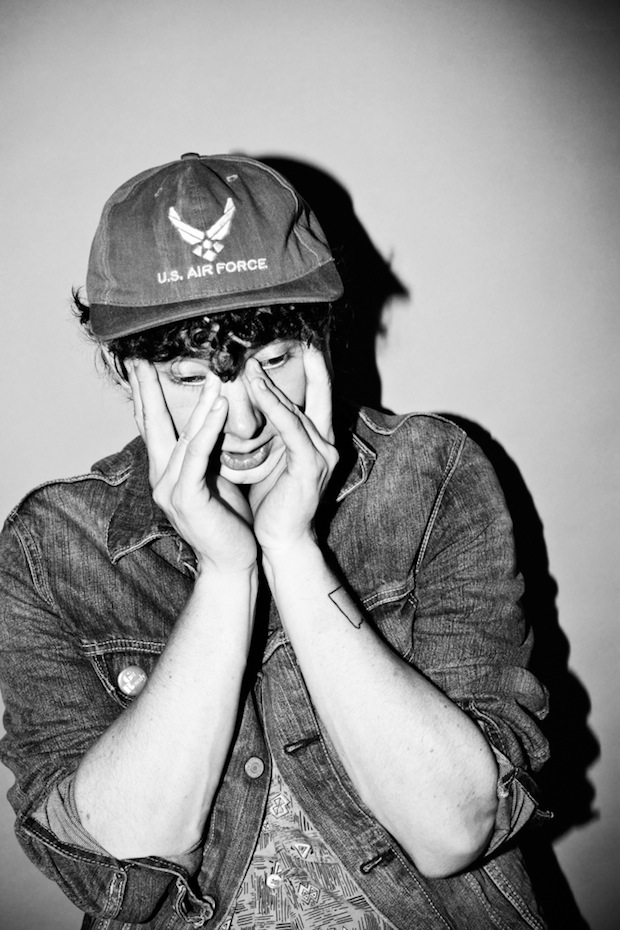 You seem a lot like somebody who can’t turn off their brain, for better or for worse. What are some of the things you’ve really obsessed over in this last year? Things that came out on this record?
My mind is always taking me to different places. I think the scariest and most interesting place it always takes me is the future. It’s always kind of one of my biggest fears, just the future. It’s something I obsess over so much and you know, I want so badly to be able to really just grasp the present, and spend all my time in the present, but because of the way society is, it’s so hard to do, because society is like…driven for future thinking. It always is–even about the stupid things, like paying bills and whatever. It’s always just, ‘Think of the future, think of the future.’ And before you know it, today is gone; the next day is gone. Your mind is always one step ahead. It’s terrible because I want so badly to live in the present, and that makes it tough. It’s scary.

Being the age that you are, and the way things have changed so much in the last 10 years: how hopeful are you for the future? Are there things that feel hopeless? You have music as your pursuit, but if you didn’t, would you be worried about getting a job and things like that?
I’ve always enjoyed writing, and when I was going to Boise State, that’s was what I was studying: English. So it’s one of those things, where I thought I’d never be able to make any money. There’s only certain types of jobs that I could really make money with, with an English major, and a lot of those jobs I wasn’t interested in, so it’s kinda this thing where I just kept pressing forward just so I was working toward something, even if I wasn’t sure what that something was, because at least I was going in a direction. It’s kind of like that whole mentality: is it better to just stand still and be comfortable? Or just move in any direction and at least be adventurous? And I would always much rather be moving in any direction, whether it’s the right direction or the wrong direction, rather than just standing still.

You seem to have these two sides. I’m surprised you haven’t moved around  a lot already–you seem like such a free-spirited type.
That’s the thing–I need a combination of both. If I don’t have some sort of grounding, than I would just feel completely lost. And so, as long as I have this to call my home, you know, a place to actually go and still have some sort of grounding, then it kind of just allows you to be more free spirited and to just..you know if I wasn’t traveling and stuff I probably would be moving around a lot more, but because of traveling all the time, it gets that side of my heart pumping, and at the same time, I have the comfort of friends and people that I know. So it’s kind of two sides of the spectrum.

Your brother in California, is that the one you wrote that song about?
That’s my older brother; he inspired that song “Bobby.” He lives here. The brother who lives in California is the one who is right below me in age, and he’s lived there like a year, year and a half.

Is family really important to you? It seems like you guys don’t share the same interests, but that you’re pretty close.
Yeah, I would definitely say were all really close, and it’s kinda cool that everybody’s so different. It definitely makes clashing at times very huge, totally different mindsets. But then at the same time, coming together–everybody is kind of a different piece of a puzzle, and that’s what makes it a family. We’re all pretty close.

How do you fit into the puzzle?
I’m probably like the most jagged piece. The piece with all the crazy sides, that you don’t really know where it goes.

The black sheep?
Yeah, I would say that.

You said you’re always worried about the future–what kind of things? Money? Mortality is obviously an issue on the record, but then you’ve got a song in there where you keep repeating “You’ll never die.” That line really stuck out for me. Was that the kind of moment when you realized even if you do die, you live on through the memories of other people?
Yeah, it was inspired by a close friend that passed away. The reason the song is called “Dropla” is that when I was writing the song I found this random picture, just kind of on the internet, in a magazine. It was this place, this weird farm village type house that looked like it was from this other world, and the caption said it was the town called Dropla and it was in Bulgaria, so it was just this small village. And that picture just took me to this other world, and I was looking at it, and there were like crops planted in their front yard, and the mood of the picture was all mysterious and creepy, so it all just connected in this weird way. It fit with the idea of realizing that I won’t be here forever, but in a sense, if you’re conscious of that, you’re actually more alive than ever. Because I feel like a lot of times people might live to be like 92 years old, but a lot of their life, they were just very self-absorbed and not conscious of their own existence, and not aware. There could be somebody who lives to be 26 years old, and they might have lived a lot shorter of a life, but the entire time their awareness was so much higher and amplified, they actually lived more of a life than the 90-some year old. It’s that whole idea that, yeah, all of us are mortal, but life for each person isn’t taken down to years, it’s taken down to our actual existence.

Right. It sounds like you had one of those moments that we all have in our 20s, that up until a friend passes away, you kind of feel immortal. And then something happens, and it’s kinda like nothing is the same after that.
It actually happened when I was younger, but that thought kept creeping into my mind. And remembering about the hospital room, and all that kind of stuff, and all these different ideas, so that’s kind of how everything came together with that song.

You don’t seem to have a mute button on your thought process. I’m the same way–I overanalyze things too much. Do you find yourself doing that?
Yeah, I do.

Are you anxious about having to go back on the road?
I’m super excited. There’s not a single part of me that’s anxious. I’m just super excited.

What are some of your non-musical influences?
When I was writing this record, I spent a lot of time out in nature. You know, my neighborhood is kind of spread out, so I’d be working on a certain song, and I’d take a break and take a walk, and just spend time with the crickets. And there’s something really powerful to that, and powerful to like, the quiet, I guess? Which is funny because it was totally opposite of what I was writing. Because everything I was writing was very stacked and trying to combine a quiet mind with a chaotic mind. So it was nice to just like spend time in the quiet and zone out. So I would say that’s one of the most key things for me–to be able to just breathe.

Did you find that in Georgia, too?
I totally did. Because it was outside of the city, so there was a lot of nights where I would just take walks and sit on random curbs and probably creep people out. I guess I just have that loner personality sometimes, where I just kind of want to go think. So yeah, no matter where I’m at I always try to find my space to do that.

Did you experiment with drugs at all? Or is that something you’d rather not do because you’re afraid of what it might make you feel like?
One of the ways I always calm myself with is smoking…just zoning out. Other than that, no I don’t really tamper with much else. I kind of just let it be.

I feel like I ruined your chill zombie zone when I called.
Yeah, watching people’s faces getting eaten off. Tell me about the album art.
Oh yeah! The way it all came to be was that I was doing some stuff online, and just kind of found like this random drawing that was done by this girl. Her name was Marsha Blaessle and it was published in this small, small book just in Germany in the 1980s, and the book was a study on all these drug patients and stuff, and a lot of them are teenagers. So there was this one doctor just kind of researching all these people, so hers was one of the works that was in that small book. As soon as I saw it, I thought, this needs to be the artwork, because there was such a strong connection with what she was trying to say back then, and what I’m trying to say now. And so for months, me and my manager tried to track down the publishing company, because the publishing company that released that book folded and passed the rights onto another publishing company, and everything was in German, and so for months just trying to track down who had the rights to it, and we finally tracked it down, got everything approved. Then there was this crazy moment of joyous celebration of something she did way back in the past and connected to what I’m doing now. The day everything got approved I was just super, super excited.

Did you talk to her?
No, I couldn’t find her! I think she passed away. That was another big thing I researched. Her and a lot of her family passed away in the ’90s and I couldn’t find anything about her anymore. She wasn’t a professional artist at all, she just did it for fun. And so it was like when she was being researched and stuff. So it’s crazy. So, yeah, I haven’t been able to find her anywhere, so I don’t think she’s around anymore.

So the book was a study?
It was all art that patients had done. Patients that were being researched. Raush Im Bild is the name of the book.

Where’d you find that?
Just randomly! I always stumble on things, I follow trails online. And I ended up stumbling on this book and stumbling on some works, but it was just this tiny book that was published in West Germany.

Is that what you do when you hit  a rut with writing lyrics? Go down that rabbit hole?
Uh, sometimes, sometimes yeah. But I always find interesting things, so it makes it worth it.