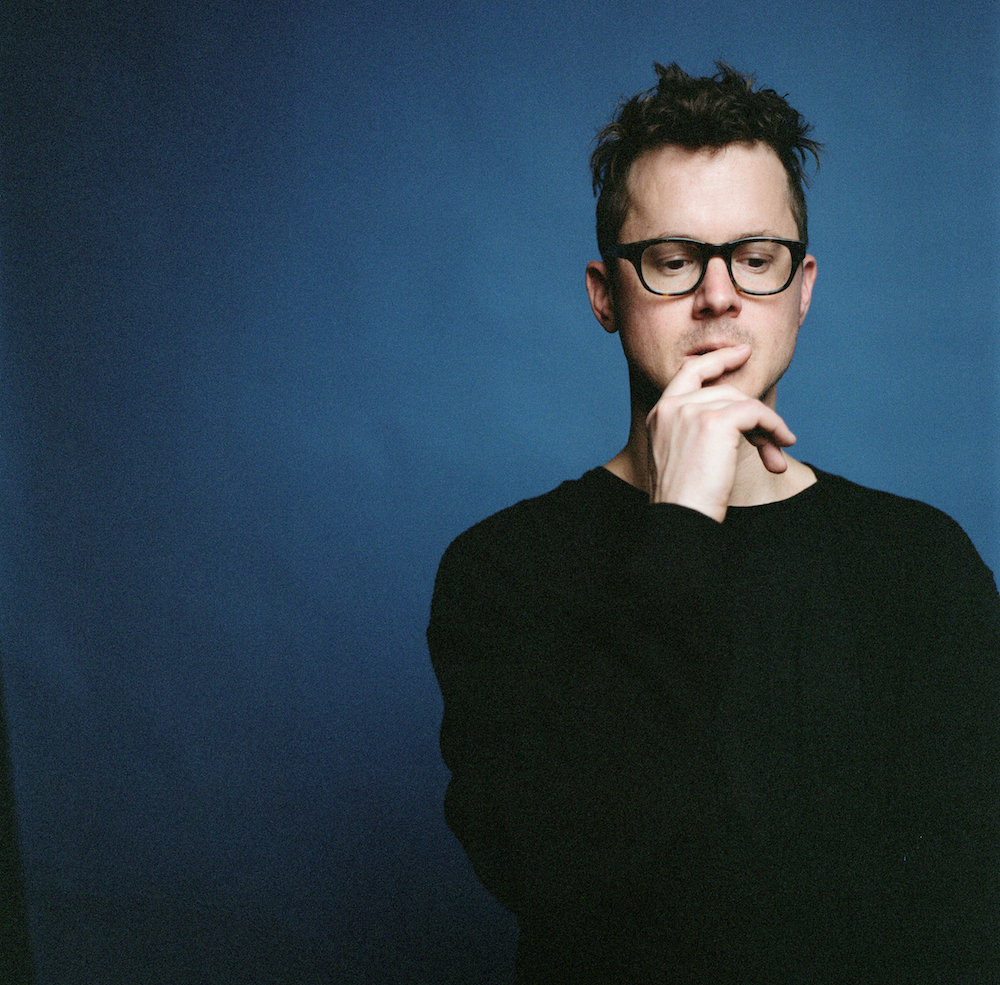 “In dance,” says Ryan Lott, “music is as much the space in which movement occurs as is the room itself. Those of us who write music for dance are, in that sense, architects.”

In the case of tomorrow’s Pentaptych LP—a commission by the Philbrook Museum of Art that was presented by the Tulsa Ballet—the Son Lux founder’s striking, windswept pieces follow the lead of choreographer Ma Cong and painter Eric Sall.

“Each musical movement explores a consistent instrumental palette,” explains Lott, “led by the violin (and its viola and cello counterparts), in various stages of abstraction. We hear familiar sounds accompanied by unknown colors, just beyond the reach of familiarity. My hope is that navigating through this array of ‘rooms’ feels as much like an exploration as a homecoming.”

Check out the snow globe sounds of Pentaptych in full below, along with the composer’s track-by-track commentary….

“WATER FIELDS”
I don’t remember writing this piece. It’s a very strange phenomenon that happens to me very rarely. I only remember revising it a bit, after feedback from Ma.

“A SOFTER BLADE”
This section features violinist Hajnal Pivnick. It’s an adaptation of a separate work I wrote for her recently called “Fighting Chance.” I’m experimenting a bit with extended techniques for strings, stealing articulations demonstrated in a short video series by the excellent composer Andrew Norman.

“COUNTING ATOMIC”
This section is a mathematical assemblage of skittering pulses of strings, leaping piano, whooping vocal phrases, and broad washes of sound chopped into fragments. A good amount of my recorded music intends to blur the line between performed and programmed information, and this is a good example.

“BENDING GLASS”
Angular, clawing leaps of solo violin into serene pulses of strings. These ensemble strings are heard later in another setting in the following section.

“GREEN TIMBERS”
This was among the first pieces I wrote for the ballet. It’s based on a short recording I made of a clarinet multiphonic that had a particularly mournful and singing quality. Then everything developed from there. Among my favorite moments in this whole collection is at 3:00, where we hear a soaring note that sounds like it could be a violin as much as it could be a voice. Got lucky there.

“VIBRANT MATTER”
Another adapted section of my work for Hajnal. There is a “lead” part she performs live, against a highly-mechanized sequence of shards of sounds, all derived from recordings of her violin. There are no sounds in this section that aren’t violin, though it doesn’t always sound like it.

“NO MOTION”
Catching our breath after that last one. One suspended thought.

“BRIGHT SQUARE”
This is the finale of the ballet. There’s a lot going on, including various violin and cello arpeggios playing back at various speeds. This is a technique I’ve been exploring the last few years. If you plan ahead correctly, you can record at proportionately slower tempi and in a lower register, then speed things up later to achieve a unique, often not-performable result. Just realizing this now: the closing of this final piece is the last thing I wrote for the ballet. I think this was the first time I’ve ever written the last bit of something last.

“WATER FIELDS (REPRISE)”
This version of “Water Fields” doesn’t exist in the ballet. Rob Moose, who performs the violin here and elsewhere with Hajnal in this collection, is a musician with whom I’ve collaborated more than almost any other. Whether as an arranger or multi-instrumentalist, you’ve likely heard his work many times in many places. His playing was so tender and fragile, inspired me to simplify the arrangement to create this alternate version. Where the original is magical and otherworldly, this version has a humility and earthly quality that I really like. While the melody, harmony, and most of the instrumentation is identical, it feels so distinct. I’ve always been fascinated with hearing the same ideas from multiple angles, so I included it here on the record.

Previous Yep, Interpol’s Still Got It
Next Rejoicer Makes Us a Mix of New Music From His Raw Tapes Crew