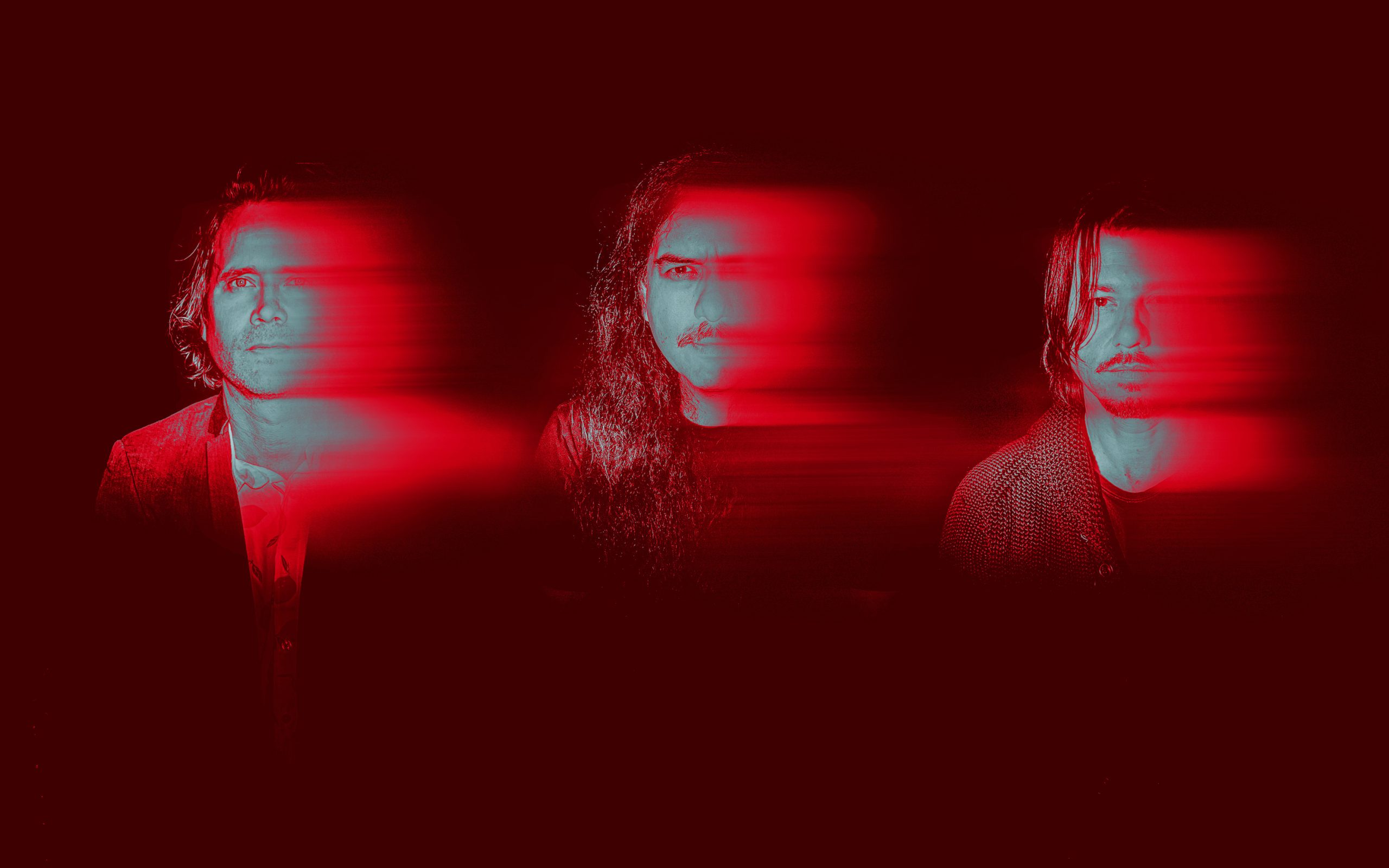 While Secret Machines may have broken the silence of a decade-long break with their tightly edited Awake in the Brain Chamber album in 2020, the bi-coastal band didn’t hit the ground running with a more proper reunion until a few months ago.

That’s when they dropped a double EP (Day 21 and Dreaming of Dreaming) and set the stage for the long overdue reissue of their self-titled LP. First released and forgotten in 2008, it was largely overlooked due to the DOA status of Secret Machines’ label (World’s Fair) and the group’s own dissolution two years later.

As for what this could all be building towards, Garza says, “I don’t know what the future holds for us other than we can do whatever we want as a band now. If we have a three-minute song, let’s do it. And if we have a 10-minute song with two chords, let’s go.”

In the meantime, here is what the trio had to say about the record in hindsight….

“THE FIRE IS WAITING”

Josh Garza: One of the most memorable moments in my “rock” life was having Tony Visconti play on this song. I remember him hanging out and being so nice and accommodating. The recorders he added are subtle but I always love to focus in on them when I listen to “The Fire Is Waiting.”

Brandon Curtis: I like to imagine that in Hell whenever Ole Scratch wants to hear a waltz, this is what they might play. I imagine them in their big billowy gown, the seams singed and smoking, stepping and gliding over a molten dance floor.

Phil Karnats: Like being swallowed up by an indomitable mountainous wave, bated breath and an inevitable end.

Brandon: I guess self-confidence is always a struggle. But I feel like you can’t believe in yourself if you don’t know yourself. This one is a hazy look into what that particular battle might have looked like one day in 2007.

Phil: After a simmering intro, the song settles into a trademark Secret Machines groove. Tight and heavy, kick and bass as one beast.

Brandon: What a mess we have gotten ourselves into this time? In keeping with the themes of this album, chaos prevails. No contest. Not even close.

Josh: I don’t remember ever playing this song live, which is interesting considering how much it rocks. A somewhat straightforward rocker that just keeps pumping. A classic deep-cut song from a deep-cut band. Ha!

Brandon: Paranoia on the subway? Subterranean homesick snooze? Gotta be a coin flip on this one.

Josh: I remember we had to figure out how to start this song and we were never 100% certain it would work, but it did. It’s almost like four mini songs, all leading into the next section of the same song. The whispering intro going into a more defined soft start, then the whole band kicks in, and the crazy loud ending part. I love listening to this song really loud.

Brandon: What they don’t tell you when you’re growing up is that the clock is already ticking. It’s one thing to dream about being left behind, but it’s another thing entirely to wake up and not even realize you’ve been asleep. Or maybe it was all a dream in the first place.

Phil: A lament of loss, longing, regret, and contrition. What could have been, can’t be.

Phil: A skeptical rave-up, controlled yet bombastic, assured yet suspect.

Brandon: What’s the harm? How bad could it be? What’s the worst that could happen? Ill fitting shoes are not recommended for this long walk around the block.

“THE WALLS ARE
STARTING TO CRACK”

Phil: One of my favorite moments on this album is the breakdown on this tune. The disassociation, the cracking that catapults into the desperate destruction of the bellicose solo section.

Brandon: On the bright side, renovations are much easier if the demolition is already taken care of.

Josh: We produced the album with Brandon Mason and I have always felt that he really helped the drum sound immensely. He did an incredible job of balancing my drums with all the other aspects of the song. This song was over the top and so much fun to record and mix. Sonic insanity.

“I NEVER THOUGHT TO ASK”

Phil: Lyrically pensive and eloquent with a feeling of acquiescence. Musically melancholic, yet strangely soothing and tranquil.

Brandon: There’s always hope. That is something that I would tell my younger self if I had the chance. Hell, I am sure more than one person tried to tell me back in the day, but back then I couldn’t be told anything. Funny thing is, I thought I was listening the whole time.