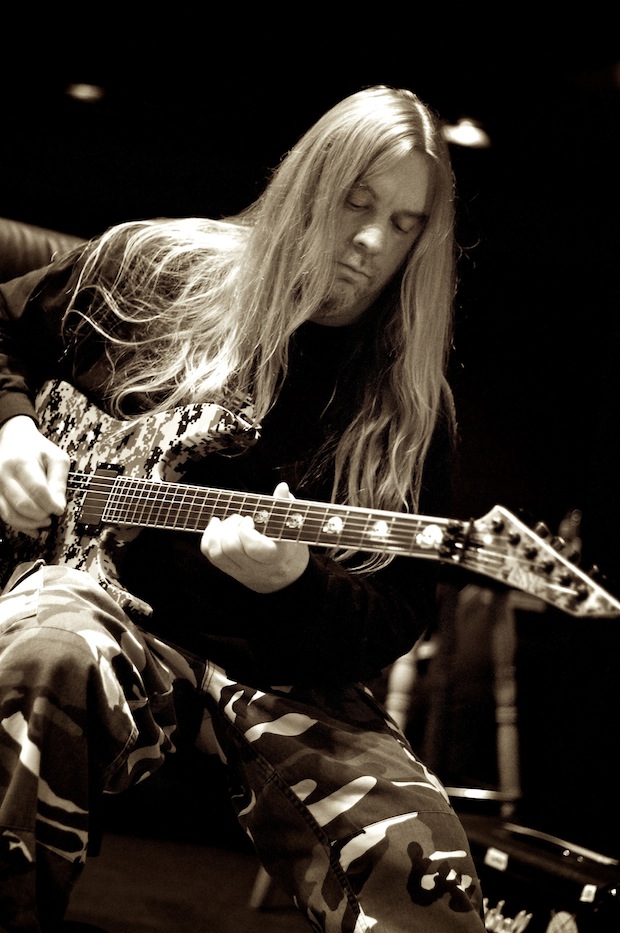 As promised late last week, Slayer have revealed the details of a tribute to guitarist Jeff Hanneman, who died of cirrhosis complications on May 2nd at the age of 49. The “Jeff Hanneman Memorial Celebration” will happen next Thursday at L.A.’s Hollywood Palladium from 3:30 to 7:30 p.m. It’s free and open to the public, at least until the venue reaches its capacity of 3,700 thrash fans.

â€œWhen we first formed Slayer, we used to rehearse all the time, religiously, 24/7,” frontman Tom Araya said in a statement. “Jeff and I spent a lot of time hanging out together; he lived in my father’s garage, which was also our rehearsal space. When he got his own apartment, he had an 8-track and I would go there to record songs I’d written, not Slayer songs, other stuff I’d written. At a certain point, you still have the band but you start your own lives outside of the band, so that 24/7 falls to the side, you don’t spend as much time together as you once did. I miss those early days.â€

â€œI had so many great times with Jeff:in the early days when we were out on the road,” added guitarist Kerry King. “He and I were the night owls; we would stay up all night on the bus, just hanging out, talking, watching movies:World War II movies, horror movies. We watched Full Metal Jacket so many times, we could practically recite all of the dialogue.”

Check out a live clip of Slayer’s classic lineup below…