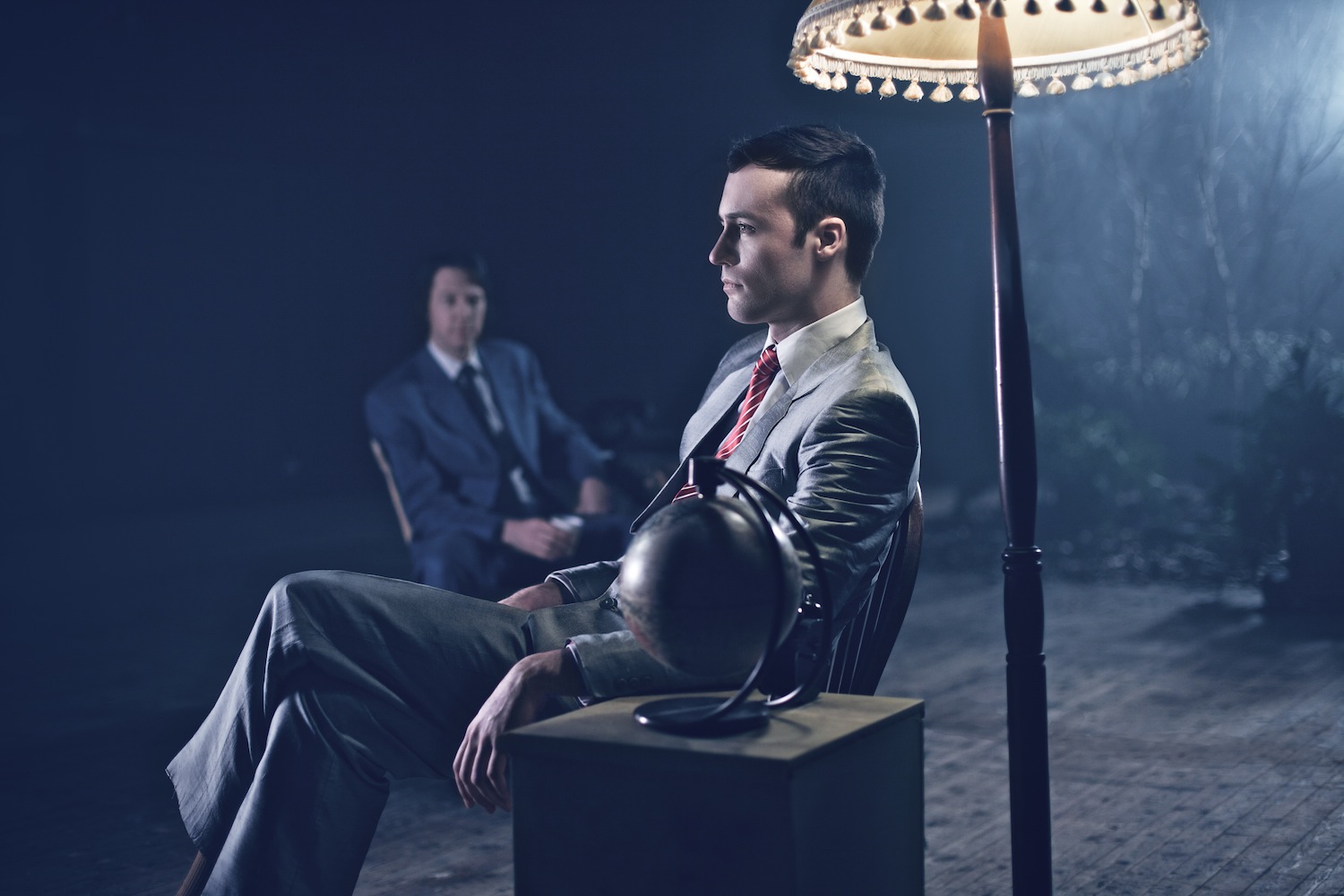 Considering they’re best known for experimental/extreme projects like Zombi, Lovelock, Guapo, Ulver, Aethenor and Grumbling Fur, it may seem like a stretch to imagine Steve Moore and Daniel O’Sullivan writing a melodramatic synth-pop album together. And yet that’s what they just did with Mercury, their moonlit debut as Miracle. Due out October 28th through Planet Mu, it’s really the record they’ve been itching to make for years, the gloomy/glassy connective tissue between a totally ’80s childhood and the LPs that left a serious mark on their songwriting and psyches.

Case in point: the 10 vocal cuts below, which helped shape Miracle’s self-assured sound and leave the duo with an immediate standout in their already deep discographies…

1. Godley & Creme, “Cry” (Polydor, 1985)
Trevor Horn co-produced. So cathartic! I Thought this song was pretty dumb when I was 10 but I’d sit through it because the video cracked me up. Didn’t occur to me until much later how excellent it is. Balearic DJs, if you aren’t playing this one you should.

3. Laura Branigan, “Self Control” (Atlantic, 1984)
When I was a kid I gave a lot of thought to what might be the ideal listening situation for certain songs. For this one I figured it would be in a cab in some very metropolitan city, maybe en route to see a musical or something. (I think I got that from the video.) It would also have to be very late at night. Like later than the night actually goes. Some new dimension of night.

4. Red 7, “Heartbeat” (MCA, 1986)
From the Manhunter soundtrack, a side project of Mike Rutherford! This song proves how powerful the synergy between a great song and a great film can be. When this song kicks in over the closing credits it’s like a victory lap for Michael Mann; you just watched one of the best movies of the decade, and he knows it, and now here’s this incredible song and you’re like holy shit STOP already!

5. Double, “The Captain of Her Heart” (Polydor, 1986)
My favorite song ever. When I was a kid there was something so mysterious about this song (probably how Canadian it is). I used to think this song would sound SO good if you were really rich and had a house with like a full wall of windows that overlooked “the ocean.” Or on a yacht. I took the “captain” thing very literally.

1. Prefab Sprout, “Desire As” (Kitchenware, 1985)
“Desire as a sylph-figured creature who changes her own mind.” A pop song with existential subject matter, weird suspended chords and gut wrenching pathos—my favourite kind. Paddy McAloon is somewhat underrated but for me he’s up there with Mark Hollis and Kate Bush.

2. The Cure, “All Cats Are Grey” (Fiction, 1981)
The lyrics to this song are from Mervyn Peake’s Gormenghast, which I read while I was at school, although I didn’t discover this album ’til much later. The words give a kind of symbolic life-force to inanimate forms, “the columns are all men begging to crush me.” I love this kind of imagery. It’s Robert Smith at his most understated. The vocal feels like it’s been brushed back into the frozen landscape. A portal into the ancient.

3. Cocteau Twins, “Suckling the Mender” (4AD, 1988)
I’m a fan of glossolalia, particularly when the delivery resonates as deeply as this. Such an emotionally unbridled voice. I grew up with Cocteau Twins; my uncle listened to them all the time. The way Liz Fraser stacks up vocal harmonies was definitely an influence on me.

4. Psychic TV, “The Orchids” (Some Bizarre, 1983)
Genesis’ lyrics are so gorgeously ambivalent in this song. It’s allegedly about him and his girlfriend piercing their genitals, but there’s also a theory it’s based on a sci-fi novel called Dhalgren. It doesn’t matter; the imagery is paradoxical and poignant. Whittling transgression into pop. Honorable mentions to Soft Cell, Strawberry Switchblade and John Foxx.

5. Japan, “Sons Of Pioneers” (Virgin, 1981)
The opening lyric to this song is “Sometimes I feel I’ve been here forever.” Which is pretty much the overarching concept in all my work. Tin Drum is one of those records that’s been subliminally burrowing into my world since childhood. It’s sacrilege not to include any Talk Talk in this list— Spirit of Eden is a far more significant record to me in terms of a listening experience—but there’s no denying this music is lodged into my sonic DNA. Japan was big in our house.