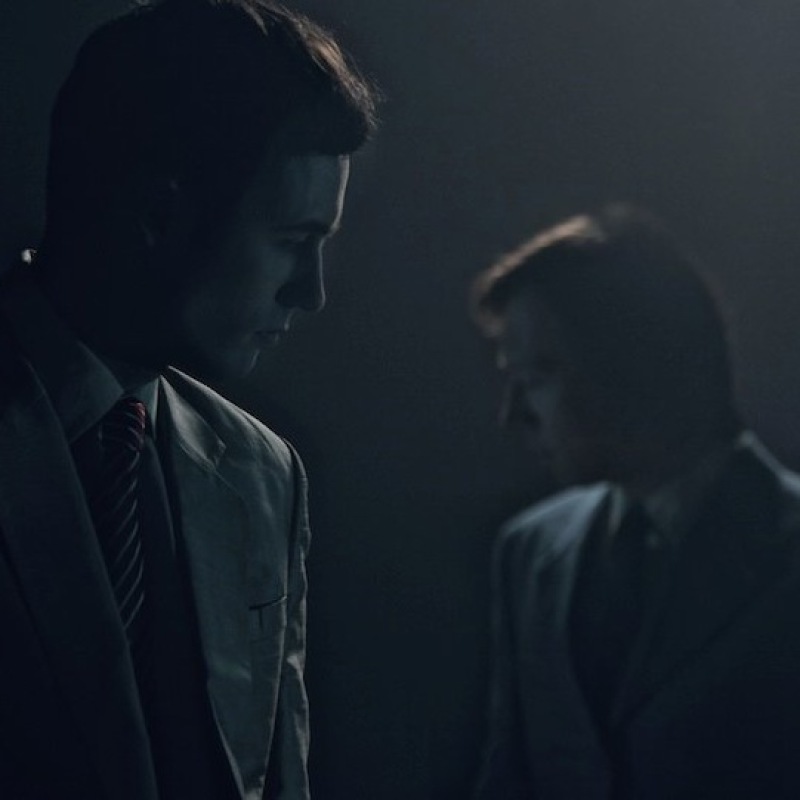 In the meantime, here’s the first official video for the effort, and some thoughts from the duo that decided to finally pursue their Schumacher-shaped teen dreams…

How does it compare/contrast with your other work ?
SM: On my end, I borrow elements from Zombi and my solo projects, and together with Daniel put them into a sort of goth/pop environment.
Daniel O’Sullivan: It’s a bit like some of my music with Mothlite and Grumbling Fur in places—stacked vocal harmonies, programming, synths, mutations. Miracle is leaner and a bit meaner.

What’s the story behind your “Miracle” video?
SM: Your pain, nightmares and fears are self-perpetuating in that they are being bought and marketed back to you, sold and resold until they eventually hold no meaning. The universe is completely apathetic to your plight.
DOS: The artist who made it was off jaunting around Zion for a few weeks and he took his pet with him.

If you’re press release is to be believed, The Lost Boys was a major influence on this project. Please explain.
SM: It was a big influence on the new album, but one that we only realized in hindsight, when we read our press release.
DOS: It’s a nostalgia for my childhood; that film, among others, affected me and a lot of my friends at the time. It just represents a parallel teen dimension that I became sort of obsessed with. We see ourselves as the Haim and Feldman of electronic music.
SM: I think I can relate more to the shirtless, sweaty sax dude.

Why did this album take so long to finish? Didn’t you start it a few years back?
SM: Let’s just say it’s been a strange few years for us.
DOS: Retrograde.