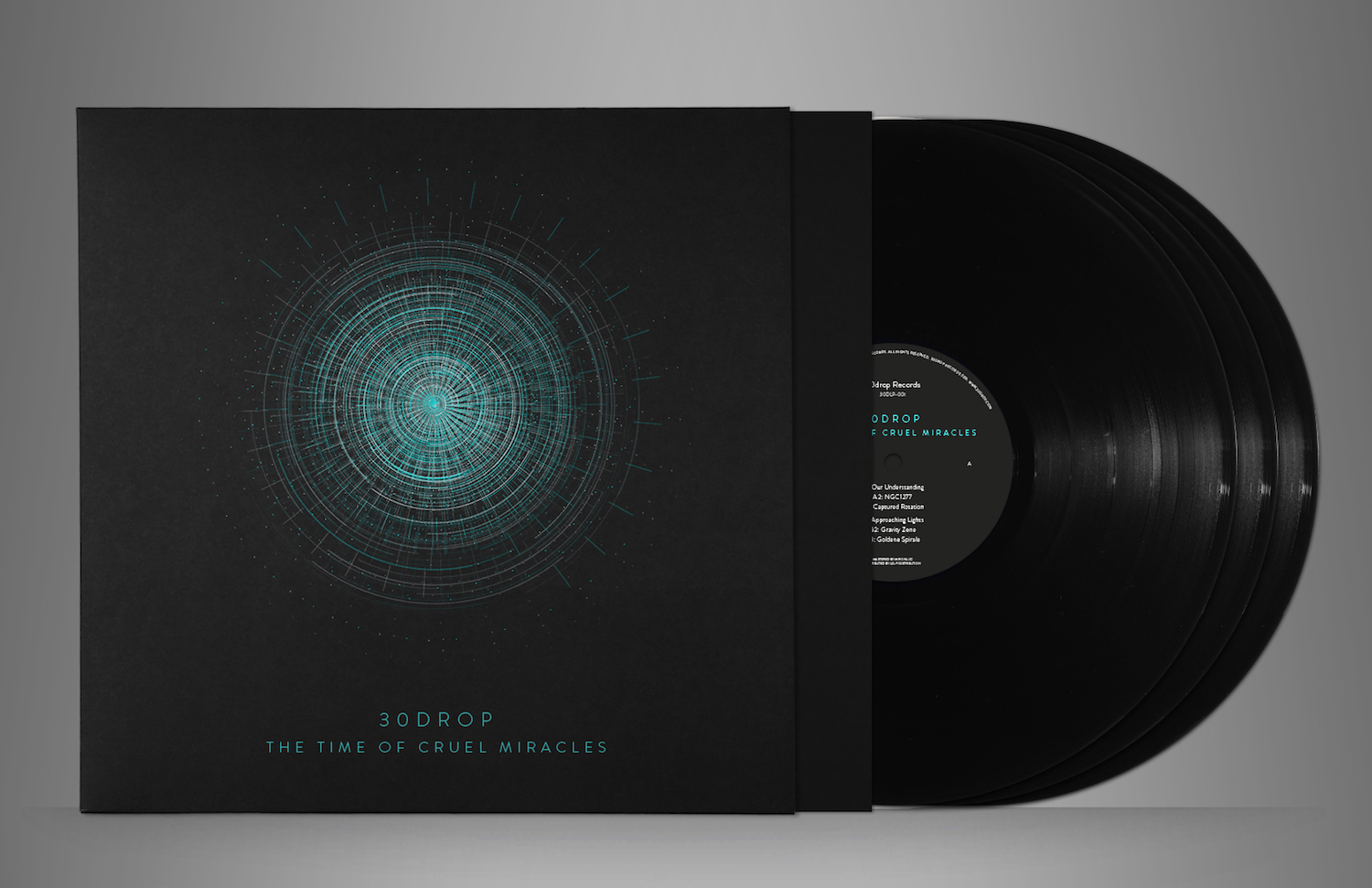 “People often label musicians and their music wherever they are,” 30drop explained in a rare but elusive interview last year. “It’s something I want to run away [from] with 30drop. Earth is small enough to make divisions within it. I’m from Earth; that’s a pity because I would love to be from another planet, but I’m from Earth and it’s all I want to be known about where I am.”

While he may speak in circuitous riddles, 30drop’s aims as a producer are abundantly clear: to express our most enduring sci-fi dreams—and in some cases, nightmares—with restless techno records. In the case of this week’s The Time of Cruel Miracles LP, Stanislaw Lem’s classic novel Solaris provides a poignant starting point from which to set dancefloors on fire. Here’s its original film adaptation—the one that’s Russian and certified George Clooney free—to give you an idea of what we mean:

Then there was this alternate score Ben Frost and Daníel Bjarnason cut in 2011:

In the following exclusive, 30drop shares his side of the space race: a streaming version of his upcoming album, along with annotated scenes from its sample-driven storyline….

“OUR UNDERSTANDING”
On the leap in evolution that happened when human beings realized we are part of a larger entity still inconceivable for us.

“NGC1277”
The continuous discovery of ‘new planets’ and the hopes that emerged around reaching new worlds.

“CAPTURED ROTATION”
Universal physical phenomena that define what dimensions are. We are trapped in them by believing to live in the peaceful space-time parameter.

“APPROACHING LIGHTS”
We feel like we’re being watched. We know of their existence and their signals of menacing lights are appealing to us at the same extent that we fear them.

“GRAVITY ZONE”
Like cosmic rangers, our future is filled with physical and mental challenges that we are not yet able to support because of our fragile body.

“GOLDENE SPIRALE”
The golden ratio is the measure of balance, the main reason of the proportions and the coherence of everything created and built.

“BEYOND LANGUAGE”
The use of language was a great leap in our evolution, but at the present time it is a primitive tool we are leaving behind in order to achieve new forms of communication much more extensive, precise, and fast.

“STANDARD MODEL”
Repetition helps us to create patterns of life, all included in universal patterns, so the loop repeats itself infinitely and always in an increasing way. “FUTURE TELLER”
The qualities of the mind are expanding and multiplying themselves due to the use of technology, and they allow having at the same time past and future temporal perceptions, hitherto a characteristic of fiction.

“SUPERSTRING THEORY”
Theories of physics have become quasi-mystical prayers to which we profess a faith and, consequently, we grant them a sort of deity status.

“STAD DES ORION”
Perhaps there’s a place where the gods come from. Orion has always been on the horizon of our pursuit of where, when, and how.

“THE MIRROR”
The answer is closer than we thought. Introspection and the study of us may contain the answer.

“GOLDENE SPIRALE (SUBSTANCE REMIX)”
A powerful reinterpretation. With clear and concise vision and a strong message, Substance goes into the other side of the original track.

“NGC1277 (ARCHITECTURAL REMIX)”
Wonderful remix based on the same musical concept as the original track, in which architectural displays an abstract soundscape full of hope and restlessness at the same time.

“SUPERSTRING THEORY (ZERO MASS)”
A sonic experiment focused on the most noisy and industrial sounds. A mix with great intensity.