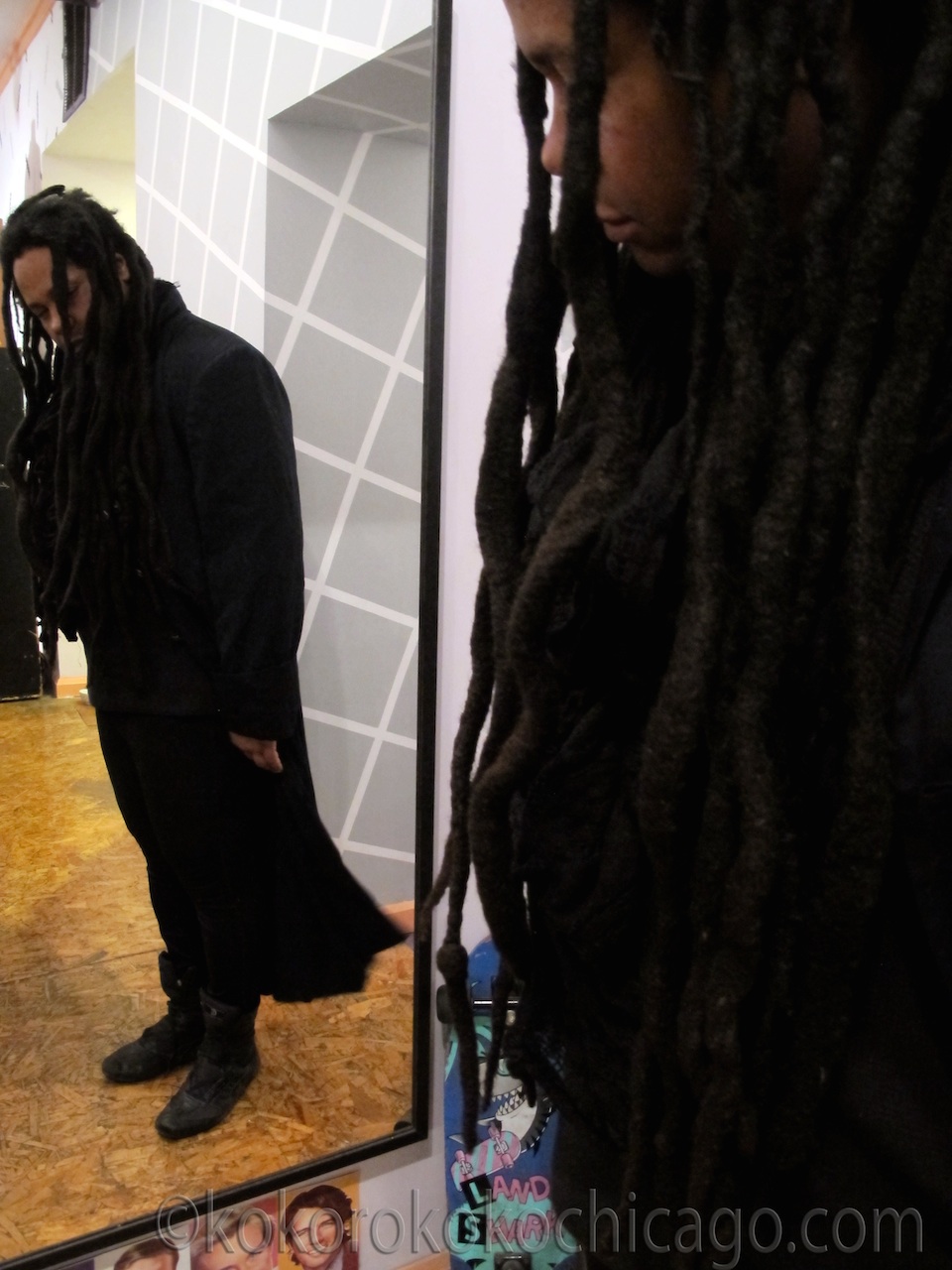 RELEASED FOR PUBLIC CONSUMPTION:
2004-2013 ON OWN IMPRINT ORIGINALLY

TRACK-BY-TRACK BREAKDOWN:
The concept of the name is based around a live performance trio of my unreleased works. To be showcased to a broader audience in the future, only through video/apps/visual gaming/sims. Kinda like Max Headroom but with virtual me’s from various stages of existence—16/24/32.

“THE SEER OF COSMIC VISIONS”
Inspired by an esoteric book on remote viewing.

“HOW WET IS UR BOX”
Inspired by the first time I had sex with a female squirter.

“SPACE IS THE PLACE”
Influenced by watching the film and being blessed with the best blow job up to that point in time. Felt like I was floating in orbit but couldn’t breathe through my nose… the sensation of oxygen slowly massaging its way into skin.

“LETTERS FROM THE EDGE”
Was watching a doc on Scott Joplin and just went for it.

“A GENRE SONIQUE”
I was going through a green algae and yogurt probiotic phase for four days while trying to experiment with new gear at the time, and going on a Thelonius Monk listening bender.

“THE HUMAN EXPERIENCE”
Just a self reflection moment about my encounters with others; kinda like my sonic-life-flashes-before-my ears moment.

“134340 PLUTO
Might have been on a sci-fi bender for a few days and decided to cut on the gear.

“CALLING PLANET EARTH”
Just fucking about when making this ’cause I was frustrated at the time. I was broke, about to be evicted, alone and depressed.

“STRANGE SIGNS IN THE SKY”
Inspired by sitting on the lake at my old apartment and seeing crazy images in the clouds.

‘The Seer of Cosmic Visions’ is now available through Planet Mu. Check out more from Hieroglyphic Being below…

Previous Zola Jesus On…
Russian Cinema
Next NE161: An Exclusive Mix By… Objekt