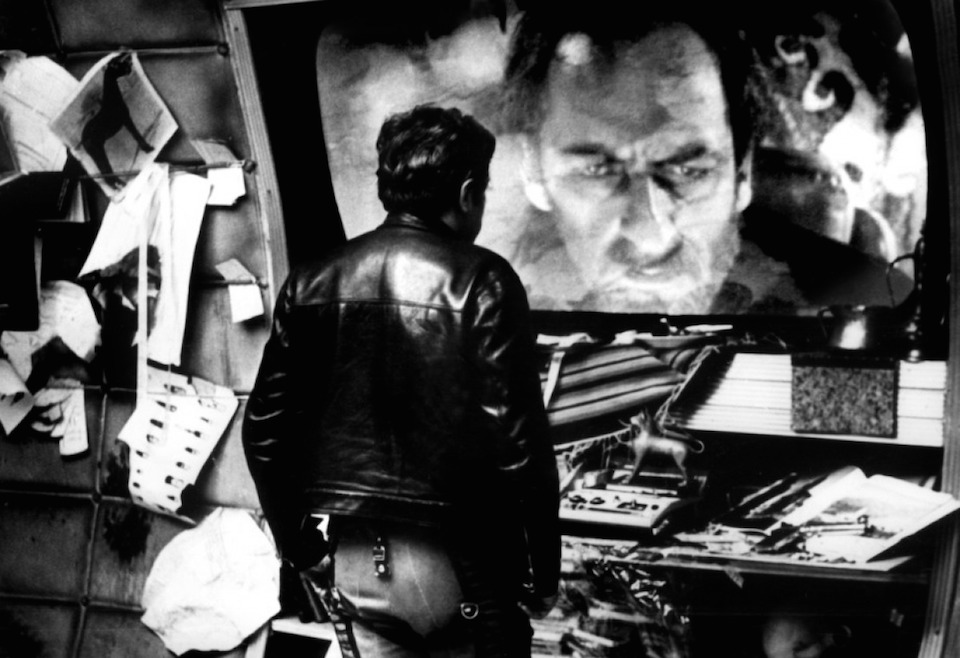 It has taken me a long time to write this column. It’s been hard mustering the energy it demands to tackle a subject as heavy, vast, and undeniably overwhelming as Russian cinema. I knew I couldn’t do anything until I confronted this topic head on. But alas, the impasse that has kept me from this chore has surged to an
end. It must be done. One must find the words to summate the largest country’s contribution to cinema. Eisenstein anyone? Where to begin…

First, I should mention something mildly related before we get started. Since becoming a citizen of the Seattle area, I have been indubitably grateful to have access to the library that is Scarecrow Video. Not only do they carry over 100,000 videos, but they are arranged in a way that makes it exciting and easy to stumble into worlds of cinema you never knew existed. They organize movies not only by director, but by country as well. It’s awesome. I find myself frustrated when a country like Slovenia yields so few titles, yet intoxicated by the wall of Russian movies. From VHS dubs to Timur Bekmambetov blockbusters, they seemingly have everything.

So, props to Scarecrow for making it easier to chip away at this subject. (Note: amongst all the obscure amazingness they do have, they still don’t have that Milla Jovovich-starring rom-com Vykruatsy. Really want to see that.)

With that being said, I will only focus on a handful of films that really resonated with me, and pertain to a certain thematic thread. I’m leaving a lot of gaps here, but at the same time, there are a lot of gaps in Russian cinema.

First, the most common observation an outsider may experience with Russian film is that it’s predominantly war-related in theme. Not to mention, anything made before the ’90s has a strictly censored and Soviet-leaning influence, for obvious reasons. Without getting too much into the history of Russia, it should be understood that the country was under Communist rule until 1991, when it changed to a republic, and Western influence began to penetrate quicker than you can say McDonalds. But before then, art, film, music, and nearly anything that predicated an artistic or political expression was strictly pro-Soviet.

Some films during the Soviet period were able to communicate the true Russian mentality of the time while still “playing by the rules”. Elem Klimov’s 1985 film Come and See (1985) is one of my favorites. Through a young boy’s eyes you experience the raw and unapologetic consequences of war. The film was made on the heels of glasnost, a policy that was instated to force the government to be more open and transparent with its people. Regardless, it’s an incredibly vivid take on the symptoms of war, and I highly recommend it. Even if you’re not into war dramas, it is bleak to the bone and a true masterpiece of any genre.

Another war-drama I found really moving was The Ascent (1977) by Larisa Shepitko. It follows the plight of two outcast soldiers who are forced to fend for their own survival. The last scene is one of the most intense moments of cinema I have ever experienced, and the cinematography is stark to existential proportions.

Russians certainly know how to take on war, but the emotional implications of their political climate have also allowed them a unique skill: mood. They are nothing if not a mood-driven people, often indulging in the depths of darkness. It could be the byproduct of their mercurial political history, but I think it’s much deeper than that.

Andrei Tarkovsky is arguably the most well known export of Russian cinema. The photography of his films is beyond cinema; it inhabits true visual art. From sci-fi leaning epics such as Stalker (1979) and Solaris (1972) to the historical biopic of Andrei Rublev (1966) and coming-of-age war drama Ivan’s Childhood (1962), his eye has always been as broad as his storytelling. And if you’ve ever seen his casual polaroids, you can immediately sense that his eye never stops working. No frame is wasted.

Another jewel of the Russian cinematic tableau is Aleksandr Sokurov. His film Russian Ark (2002) was recorded in an entire 96-minute take, which should tell you everything about his passion for cinema as a moving image.

He also directed a miniseries about a naval ship in the Arctic, which is basically just four hours of absolute Arctic beauty and military existentialism. With excessively prolong takes of sailors trudging through frozen tundra; Sokurov is not afraid to hold a shot. The painterly way in which he pulls lifetimes out of images is almost transcendental. It’s contemplative and terribly nihilistic at the same time: the longer the hold, the deeper the monotony.

In Sokurov’s film Second Circle (1990), based in a remote Siberian village, a son must deal with the mundane details of burying his deceased father. The bureaucracy of spirituality becomes disillusioning and painstaking, while the body begins to decay in waiting. Each frame is styled and held to its breaking point. Set against the backdrop of a Siberian winter, the sense of isolation and loneliness in this man’s struggle to deal with his father’s corpse is profound.

Siberia is more than 75-percent of Russia. That includes the Arctic, the tundra, the taiga, the steppe, and dense forests. Little of which is hospitable enough for any sort of human population. That means only 25-percent of the largest country on Earth is actually inhabited. The rest is just… earth, in all of its crude splendor. The seductive yet ostracizing mass whispers to the big city Russians from the West. It holds a sacredness and a great fear.

I found this dichotomy explored to it’s greatest potential in Kalatozov’s Letter Never Sent (1959). This film is an epic duel of man vs. nature. A group of academic geologists hunt for diamonds in Siberia. What begins as a summer sabbatical ends as a gripping fight for life against the elements. After making a pioneering discovery of diamonds in the Siberian taiga, the group gets caught in a forest fire. The role of the campers quickly shifts from celebrating their new position as civil heroes to becoming mere animals fending for survival. It is an incredible exposition on the insurmountable battle against nature, of which humans are no match.

So, can you really sum up Russian cinema? Yes and no. It’s a beast I’ve yet to truly understand, and it seems I’m not the only one. Russian cinema in the 21st century is a bit of a conundrum. Most of what’s coming out is inconsequential, ultra-macho Putinism with terrible color editing and visual effects, and even worse plot lines.

Honestly, the only post-2K Russian film I was impressed by was 4 (2005). Based on a screenplay by Vladimir Sorokin (who is a bad-ass postmodernist, FYI) it’s the first and only contemporary Russian movie that really resonated with me. I gave Silent Souls (2010) a shot, which was lauded and praised by Western audiences, but something about it felt a little too, I don’t know, ripe for American indie festival circuits? I liked how it touched upon Russians’ relationship with their roots, but it did the same thing that Second Circle did more elegantly. 4, however, was a movie that felt like one of those weirdly surreal dreams that’s impossible to tell your friends about the next day.

There’s got to be more out there in terms of contemporary Russian cinema. I urge you all to throw suggestions out and make this a conversation. I’ve tried my
damnedest to infiltrate 21st century Russian cinema, but something about it feels perpetually alienating. I think maybe Russian cinema is still trying to know itself. With only 20 years to rebuild a national and cultural identity from scratch, it’s still a very young country. In the meantime, it’s shuffling and re-settling and focusing on American Hollywood idolatry. Nevertheless, I remain optimistically ravenous for whatever unusual or experimental Russian cinema I can find.

Check out more from Zola Jesus—including a complete archive of her film column—here. Her latest album, ‘Taiga’, is available now through Mute. Check out the Tim Saccenti video for its lead single below…

Previous K9 Shares Mad In the Cut Mixtape, Feat. Visionist, Dark0, Mssingno and More
Next Stream Hieroglyphic Being’s The Seer of Cosmic Visions Album and Read the Stories Behind Its Psychedelic Dance Songs