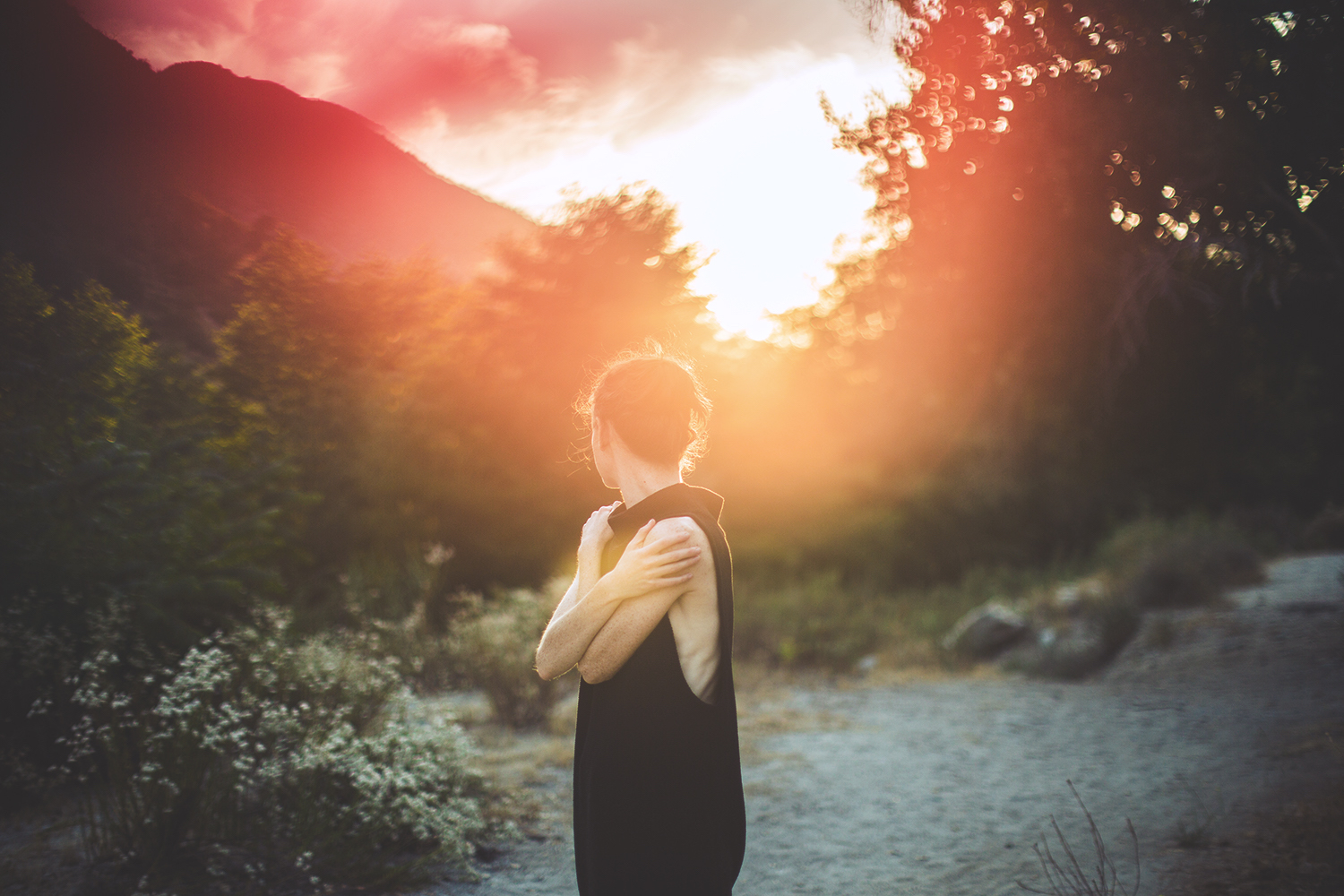 “I still get so freaked out talking about my music,” explains singer/composer Katie Gately, when asked about her dizzying Tri Angle debut. “It’s like, ‘Oh no, people think I know what I’m doing!’ It’s still so scary to me. The record is done and I still feel like I don’t know!”

Therein lies the joy of listening to Color, actually; it leaps off the rails immediately and embraces the abyss throughout seven truly bonkers tracks. All while maintaining a serious pop sensibility that makes sure every chopped & chewed sample sticks.

“It’s always about how much can I add before it just sounds too crazy,” she says. “What’s the most obnoxious thing I can make the song do? How can I have it be just 49-percent obnoxious and 51-percent fun? I think there is a pretty consistent thread of wanting to honor both things—wanting to honor the aggressive, not pretty sounds, but then also singing and including a melody to balance that.”

Have a listen to the entire record below via Spotify, right alongside Gately’s track-by-track breakdown of just what the hell she was thinking (in a good way)….

“LIFT”
I started this one by triggering a bunch of random room tone recordings with a drum rack, then added some twisted acapella, fireworks, and guitar strings breaking. My friend Alexis did some pseudo-Aguilera diva singing at my house as a joke but I loved it so much that I pitched it up and used it throughout the song!

“TUCK”
This started by synthesizing an off-key sample of me singing into my laptop speakers. The rest is a blur, but I knew early on I was going to go big with a trumpet and saxophones (time-stretched and pitch-shifted a bit).

“SIFT”
A little sonic exploration of a panic attack and a bit of poking fun at the concept itself. Some fun granular synthesis on the vocals throughout, which is endless fun if you like turning into a robot!

“RIVE”
Played with processing classical instruments a bit here—individual piano notes, bassoons, oboes, and gongs. Overall it’s meant to be sad and simple but still aggro-overwhelming. At the end, I turned my voice into a dreary, snake-cello just for kicks. “FRISK”
A little flipping of the bird to phony friends. Adolescent instincts dominate here! I started by processing a cello and a bunch of garbage can slams. Lots of pitched-up vocals were added, too, as I’m an alto but like to squeal high!

“SIRE”
Arpeggiated a police siren sample and this lead to a sense of urgency. Wanted to make a song capturing the chaotic sensation of loving one who does not love thee back. Instead of blushing and feeling embarrassed and small, I thought I’d holler and take up lots of space.

“COLOR”
Processed some babies crying, which sounded like pretty brass to me and led to a long, sad song. Here I am trying to capture that irksome feeling of being in a room with someone yet feeling more lonely than when actually alone.