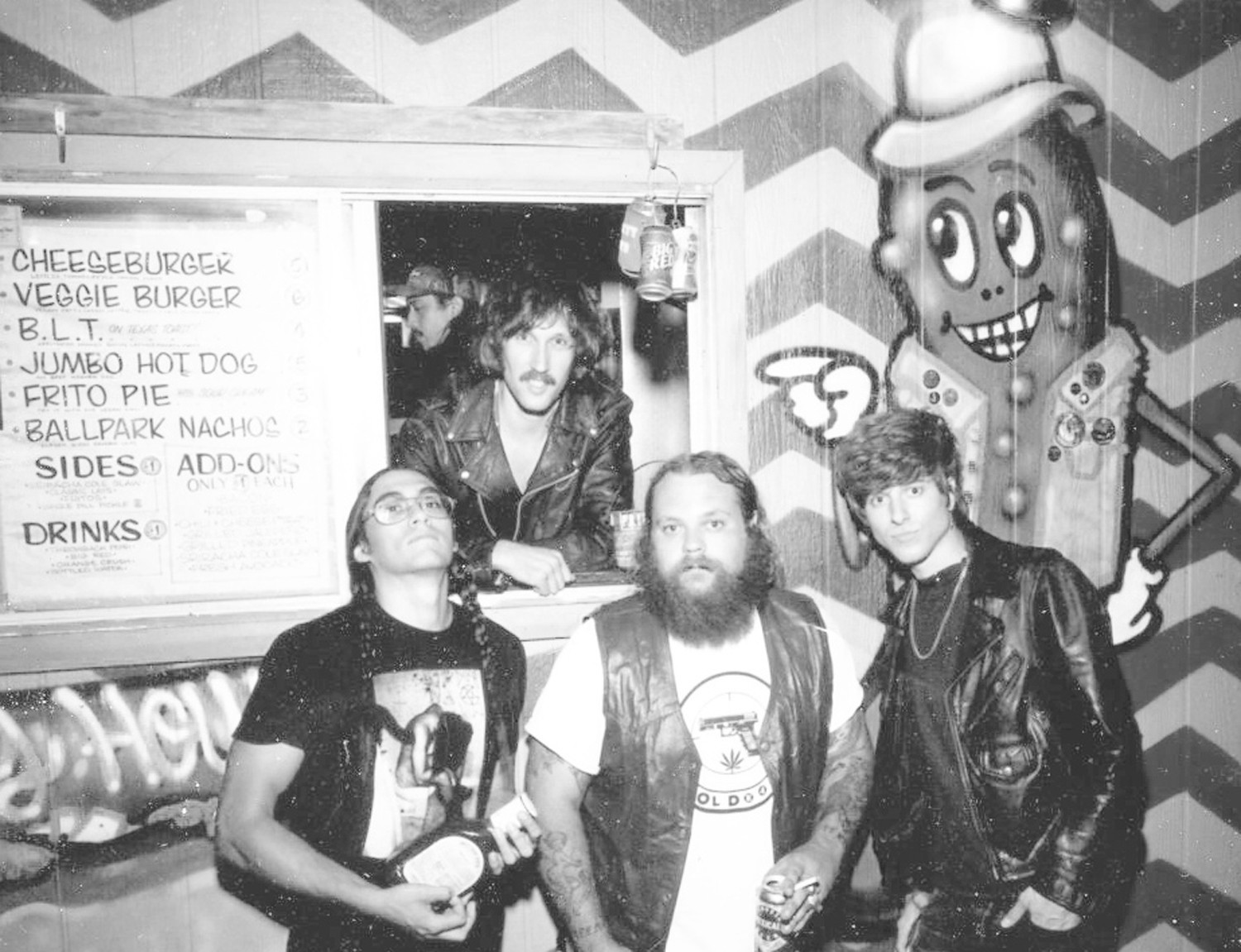 “For any hardcore fans about to pull out the Yoko comparisons, don’t even try it!” says Warm Soda frontman Matthew Melton, deflecting any critics of his decision to disband the Austin group after their new album (I Don’t Wanna Grow Up) and pursue a new project (Dream Machine) with his wife Doris. “If you’ve actually taken anything from my songs over the years you know that this is moment I’ve been longing for my entire life—the perfect ending to the story.”

If you’re wondering how all this drama unfolds, we’ve got the answer down below: a complete stream of the record alongside a track-by-track commentary. Look out for its official release this Friday through Castle Face!

“YOUNG IN YOUR HEART”
“Young In Your Heart” is a song is about searching for your other half, still foolishly searching for that mythological ideal concept of love that everyone else gave up on long ago. Calling out in the night and hoping that THE ONE hears the call, and then, right at the point when you’re about to give up on it forever, you actually find it and prove them all wrong! And the two live happily ever after.

“I DON’T WANNA GROW UP”
This one started out as another song about myself as a bored disaffected teenager. A recurring theme in a few of my songs: stuck growing up in Memphis in the ’90s, bottling up angst and frustration. Then it sort of expanded into this longing to freeze time at a prefect moment or span of time in life.

“TELL ME IN A WHISPER”
I knew I wanted to write a song that had the word whisper in the title and had something to do with whispering. I wanted it to be an ideal love song and so I used the classic love song template. So this one isn’t about an actual person or experience, but more about the idea of that moment where we connect with someone on a deeper level.

“TO BE WITH RAMONA”
A fictitious tale about saving a girl from some type of bully or bad guy archetype. In the end the guy trades it all in to be with the girl. Classic!

“DON’T STOP NOW”
This one’s about about being an outsider and working towards your goals even though people who claim to be friends are actually working against you! Guitar solo at the end courtesy of Alex Capistran, who played guitar in Warm Soda on our last European tour. FUN FACT: Now he’s got a band going called TEE VEE and WILL ROCK YOU. Their drummer played on several of the songs from this album, including this one. “GAME OF UNDEFINED LOVE”
It’s quite an illusion to behold: running around, getting wasted, and people sleeping with random people leaves you feeling miserable and unsatisfied with life. Many will laugh at this, deny it for years to come, but it’s true. One day you will remember this article and go: “Fuck, Matthew Melton was right about love and now I feel empty and lost in life.”

“DON’T LEAVE ME FOR ANOTHER GUY”
In a lot of these songs I’m realizing that I’m searching to define the idea of something. This one is about the idea of avoiding being left alone through desperate persuasion. “Don’t leave me all alone, I’m helpless on my own”; you get the idea.

“RUN AWAY WITH ME”
It was obvious that Doris was the girl for me when we met in Rotterdam while Warm Soda was on tour. She was literally the one that I had been searching for in my songs over so many years. Many of my songs have been fictitious dreams about the ideal of love and finding her was literally—no exaggeration—exactly the feeling that I had been questing for!

“GUMDROP”
Another “sweet” love song by Matthew Melton. “Hanging out at the candy shop…. Oh how I want that girl…. Blah, blah, blah.” Finding true love, etc…. Starting to realize why this is the final Warm Soda record? How long could I continue on any further with making songs like this? My brain would start getting cavities from all the sweetness! Includes Rudy Spencer (Dream Machine, Crocodile Tears) on lead guitar at the end!

“TELL ME YOUR STORY”
A classic love song sung directly out to my incredible wife Doris! “She can cure the emptiness of life in a way I can’t describe” pretty much sums it up. I feel more compelled than ever to write classic sincere love songs now in response to how lost and hollowed out people are becoming today. First of all, more and more people are in a self-induced state of hypnosis staring into their “smart” phones and social media. (I strongly oppose both and use neither.)

“THIS CHANGES EVERYTHING”
This song is more cryptic that it may seem on the surface. The reality is I’m actually singing the song not to a girl but to myself. I guess it’s mostly about believing in yourself and I transposed the lyrics around to make it seem more like a classic love song. “Emily” isn’t actually a real person but more of a poetic device that I use to sing about things I wanted to confront in myself under the disguise of a garden variety love song.

“ANGEL OF LOVE”
It’s 2017 and everyone has given up on the idea of true love. Instead, they scramble from bar to bar unknowingly searching for SOMETHING (anything) to complete them, and even when they’re together with someone they are still scanning the room for something else, or waking up alone next to a stranger. I almost gave up on love myself after faking it until I truly, actually found it with the girl named Doris I met in the Netherlands while Warm Soda was on tour there. And it’s the real thing, the thing that bands used to write songs about “back in the good old days”. Well, I’ve found it and just as I’ve closed the chapter of being lost and alone in my life, I close the doors on Warm Soda with this one final album. Enjoy!