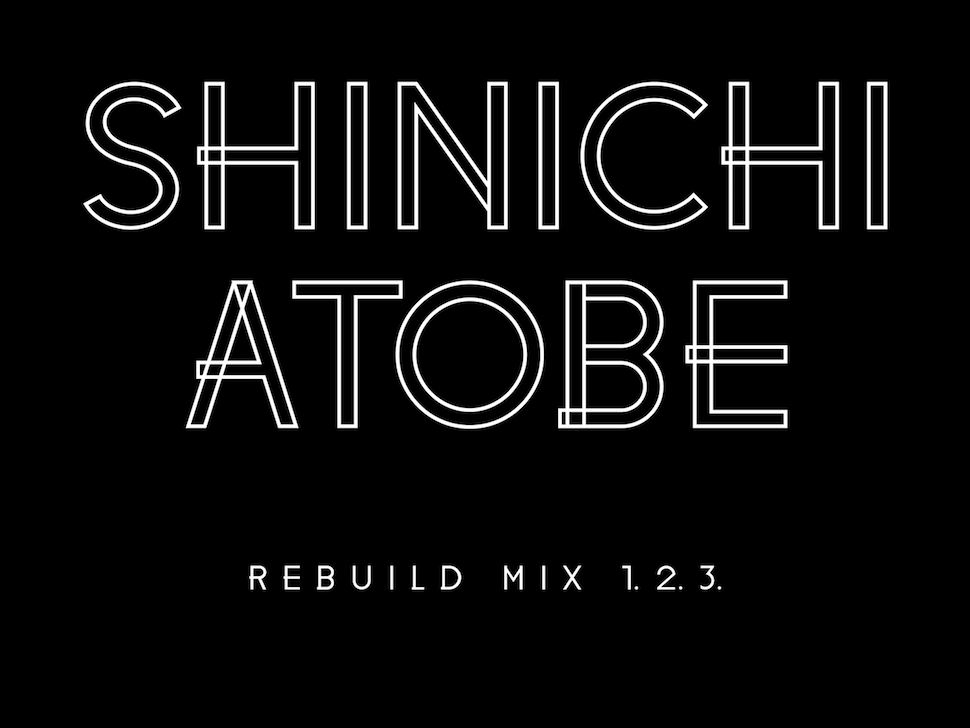 Considering he’s only released three records—an EP, album, and mini-LP—over the past 15 years and remained stuck in the shadows otherwise, the sudden appearance of Shinichi Atobe in Daniël Jacques’ inbox didn’t just come as a surprise. It was borderline shocking, made all the more complex by the reclusive producer’s cryptic replies.

“There were moments that I thought I was talking to a Shinichi Atobe impersonator,” explains Jacques, the beat maker behind Jadac Recordings. “Until I received the music on CD-R, that is.”

Simply titled Rebuild Mix 1.2.3., the experimental dance EP is due out through Jacques’ Amsterdam imprint this Friday. In the following exclusive, we share the #selftitledpremiere of track two along with another previously shared piece and Jacques’ thoughts on the whole shebang…

When did you first hear Shinichi’s music?
I can’t even remember the first time I heard his music. But I discovered it quite late; I think it was around 2010. I really loved (and still love) the whole vibe of the songs. It’s minimalistic, but at the same time very spacey.

Shinichi has a reputation as a total recluse. How did you get in touch with him in the first place?
I got hold of his e-mail address and e-mailed him in 2010. I never received a response. Then I e-mailed him again in early 2016 before planning the second release [Discovery Change (Part 4)] on my label.

Which song did you ask him to remix originally?
I sent him the Discovery Change (Part 4) EP and asked for a remix of one track.

Did he give a reason as to why he decided to make three exclusive mixes instead of a simple remix, or did he simply send a CD-R through the mail with no explanation at all?
As the communication was always quite vague, he also never really gave an explanation as to why he ever created three new songs. He started with the offer to create a song without using the stems of the chosen song of the Discovery Change (Part 4) EP.

I assumed he just wanted to make one song inspired by one of the four on the EP. Then, weeks later, he informed me he created three songs, named them Rebuild Mix 1.2.3., and insisted on sending me the music on CD-R (which took even more weeks to receive), even after I kindly and repeatedly asked him to send me the music via the digital way.

What did you think of the tracks and how they interpreted the music you originally sent him? Did they use any of your songs as their source material or were they simply “inspired” by your previous work?
I immediately loved the tracks and they have exactly the Shinichi Atobe sound. These songs are not club bangers, not massive hits, but they come straight from his heart and will hit right in the heart of the listener.

Will the record be released digitally or just on vinyl?
It is a one-time limited pressing on 180-gram, translucent vinyl in a black/white cover. Each record is hand-numbered and the artwork is designed by my sister (who created all the covers of every release on the label so far). The record will only be released in Japan but you can also buy it and the digital version on the label’s Bandcamp page.

What else do you have on deck from Jadac in the coming months?
It was never my intention to release music from another artist, but I couldn’t turn down Shinichi Atobe’s music. The next two releases will be the last two Discovery Change Parts (1 and 2) from myself.