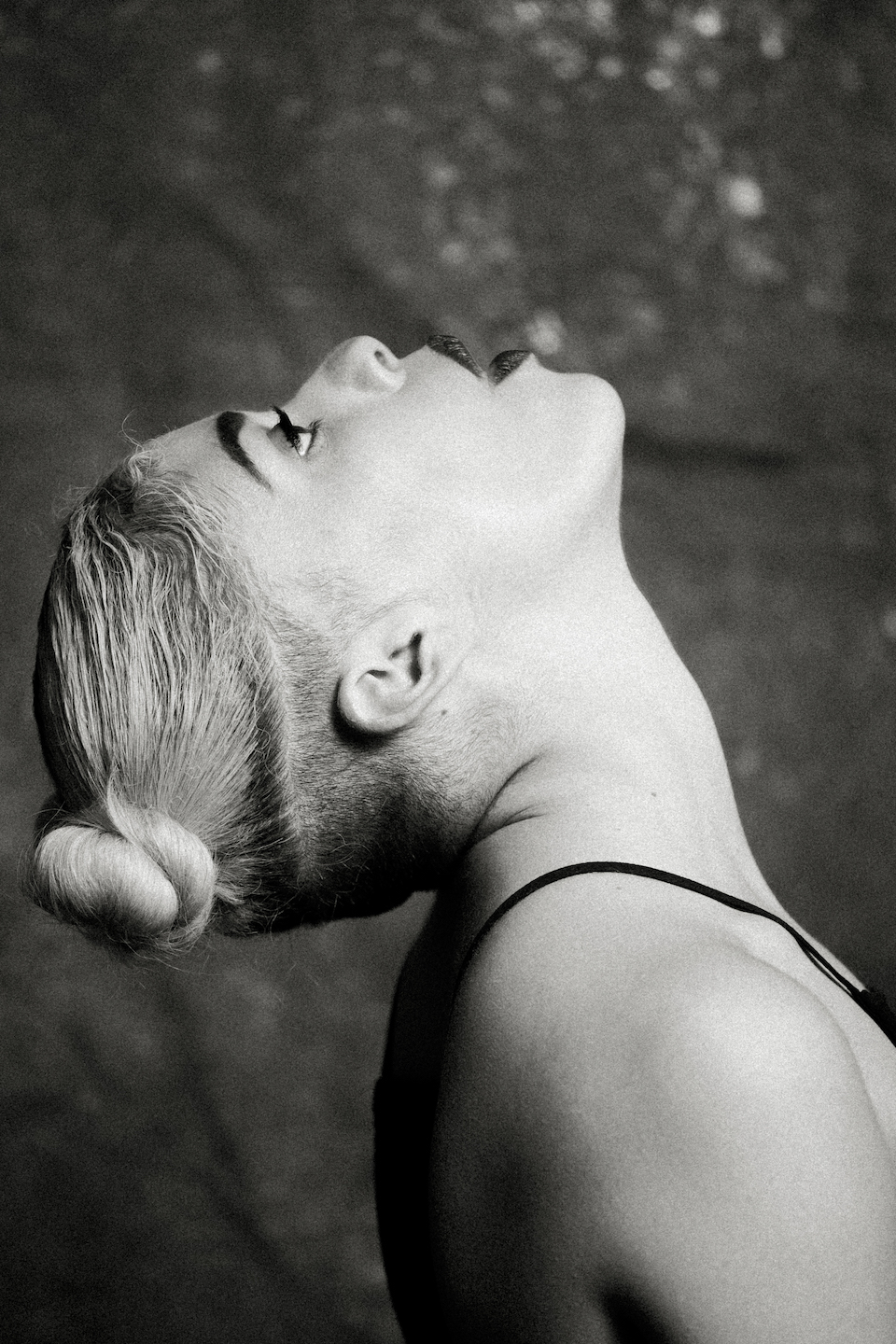 “I take being called selfish as a compliment,” Stella Santana says with a smile. Known simply as STELLA in music circles, the spectral R&B singer is about as far removed from her guitar-toting father as one could possibly be. As heard on last week’s Selfish LP, her DIY-or-die debut features traces of trip-hop, soul, and poison-tipped pop music, even a slick girl group sample (on “Burn”).

In the following exclusive, Santana explains how bi-coastal sessions with Jared Evan and Caswell melded to create a moody listen that exists out in the ether…

“WATCH ME”
[Daniel] Lynas (who also mixed the whole record) played me the beat and I fell in love with it instantly. At the time, I’d been seeing this guy around my neighborhood—never talking to him, just some eye contact. And it was the first time I felt a little excited about someone in a while. Then one day I saw him with a girl who clearly wasn’t just his friend and it kind of died there for me but I looked at it as a reminder that feeling like that about someone was possible for me, even though I hadn’t felt it in a while. And I was grateful for that couple of weeks of innocent “action”.

“FRIENDS”
After going through a breakup I wanted to write about what it would be like to meet someone new. But beyond just attraction, I wanted to connect with him on a deeper level—learn about his mind and heart. The hook—”let’s stay focused”—is kind of a reminder to both of us to get to know each other, to see each other beyond the physical and not just be lustful.

“BURN”
I actually saw the visual first for “Burn” but it took me a while to get the song out. I felt like the relationship I was in was so clearly doomed for failure and was trying to warn him but he wasn’t paying attention. I compared it to escaping a burning house, alarms ringing, smoke filling the air, feeling the heat of the flames—but nothing would make him budge. So I left him in there.

“SWITCH”
When you’re ending a relationship, it’s like you need to turn off a switch in yourself that keeps you from going back. It doesn’t switch off on its own (unless you didn’t really care about the person in the first place); you have to be the one to turn it off. And it’s not easy. But it’s necessary. This song is about that. “FUMES”
I’d had the first verse (“Picking up the pieces from the promises you broke / the words you said were only smoke / and I inhaled until I choked”) written already when [producer] Frankie P sent me the beat. It was so drippy and druggy; it was exactly what I needed to help bring to life the feeling of being under the influence of someone. We’ve all accidentally had too much to drink or maybe smoked a lil too much weed and thought, “Oh god, please let this be over.” Because we know it’s gonna pass. And I wanted to compare that feeling to getting over someone—it is uncomfortable going through it alone but it’s never permanent. Times heals everything.

“YOU FIRST”
This was inspired by someone close to me, who I’ve been watching struggle to find herself, know her worth, and learn how to take care of herself. I know it’s hard, especially for women, to put yourself first, to listen to what feels good to you even if other people don’t understand or agree. And I wanted to empower women especially to take that power, their own power, into their hands and protect it. “SELFISH”
“I’ve been called selfish / so many times / but I can’t help it / I’m on my mind.” That kind of says it all, doesn’t it? Haha! I shut myself off from a lot of people when I first started making this record, unless they were inspiring me or pushing me to grow in some way. And I didn’t feel bad about it. I was focused and that energy, conserving and preserving it for things and people aligned with where I saw myself going was such a great exercise for me and can be a good one for anyone.

“GO ALONE”
This was the first song Jared and I made together. I’d had the first couple lyrics down but was also inspired when I heard this quote: “If you want to go fast, go alone. If you want to go far, go together.” But at the time I was like, eff being together, so I just used the first part Because I feel like you have to figure out where you’re going on your own first before you can expect anyone to join you on your journey.

“NEW TOY”
To be honest, I was annoyed when I wrote “New Toy.” I was inspired by the phrase “this is why you can’t have nice things.” I kept finding myself in relationships where the guy would talk a big game but follow through on pretty much nothing and I kept taking it personally because I believed what they said. I realized it was my choice to believe them or not and I stopped listening to their words and just paid attention to their actions. At first I was a little depressed by how little action I was seeing compared to all the big talk I was hearing, but it allowed me to see people for who they are and not how I wished they would be for me or even how they wished to be for themselves. And I now understand that people’s choices (and not making a choice is also a choice) are a reflection of them, not me.

“OUTRO”
I originally wrote this song to Kendrick’s “The Art of Peer Pressure” in early 2014, when I was just embarking on my selfish journey. I remember recording it in my closet (to get some peace and quiet in the middle of downtown NYC) in the dark on garage band after I’d downloaded the instrumental. Cut to a little over a year later when Jared and I were trying to make an intro for the project. I was inspired by the intros Alicia Keys did on her early albums but as we started building the track more we just kinda looked at each other and said, this sounds more like an outro.