NE196: Throws Make Us a Mix of (Mostly) Icelandic Music 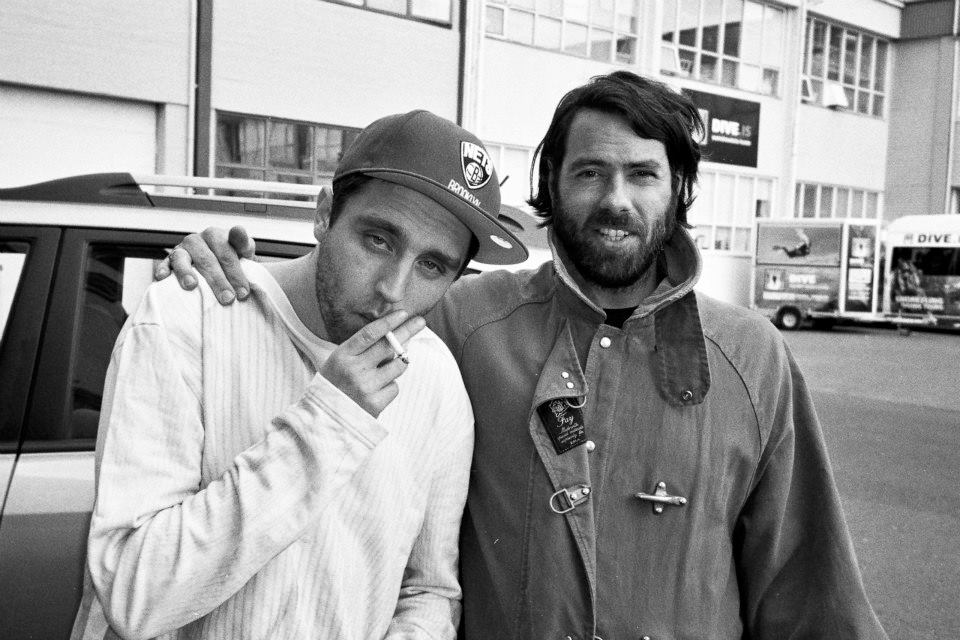 Magnús Trygvason Eliassen (or “Maggi,” as he is known) is the BEST drummer in Iceland, possibly the world…. in our opinion! Throws were lucky to have him play on our album, which was recorded in Reykjavik, where I was living. Maggi has played on hundreds of records in and out of Iceland, and is performing almost every night in one band or another. He’s not only a great drummer, but also a character like no other. (He’s on the left, in a photograph with me outside the studio.)

Here are a collection of songs by different Icelandic artists (except Farao, who is Norwegian), featuring the one and only Magnús Trygvason Eliassen…

Throws’ self-titled debut—featuring Lindsay and his old Tuung mate Sam Genders—is available now through Thrill Jockey. Stream it in full alongside a few official videos below.

Previous Read the Stories Behind the Spectral R&B of Carlos Santana’s Daughter Stella
Next Carla dal Forno Announces Debut Album, You Know What It’s Like